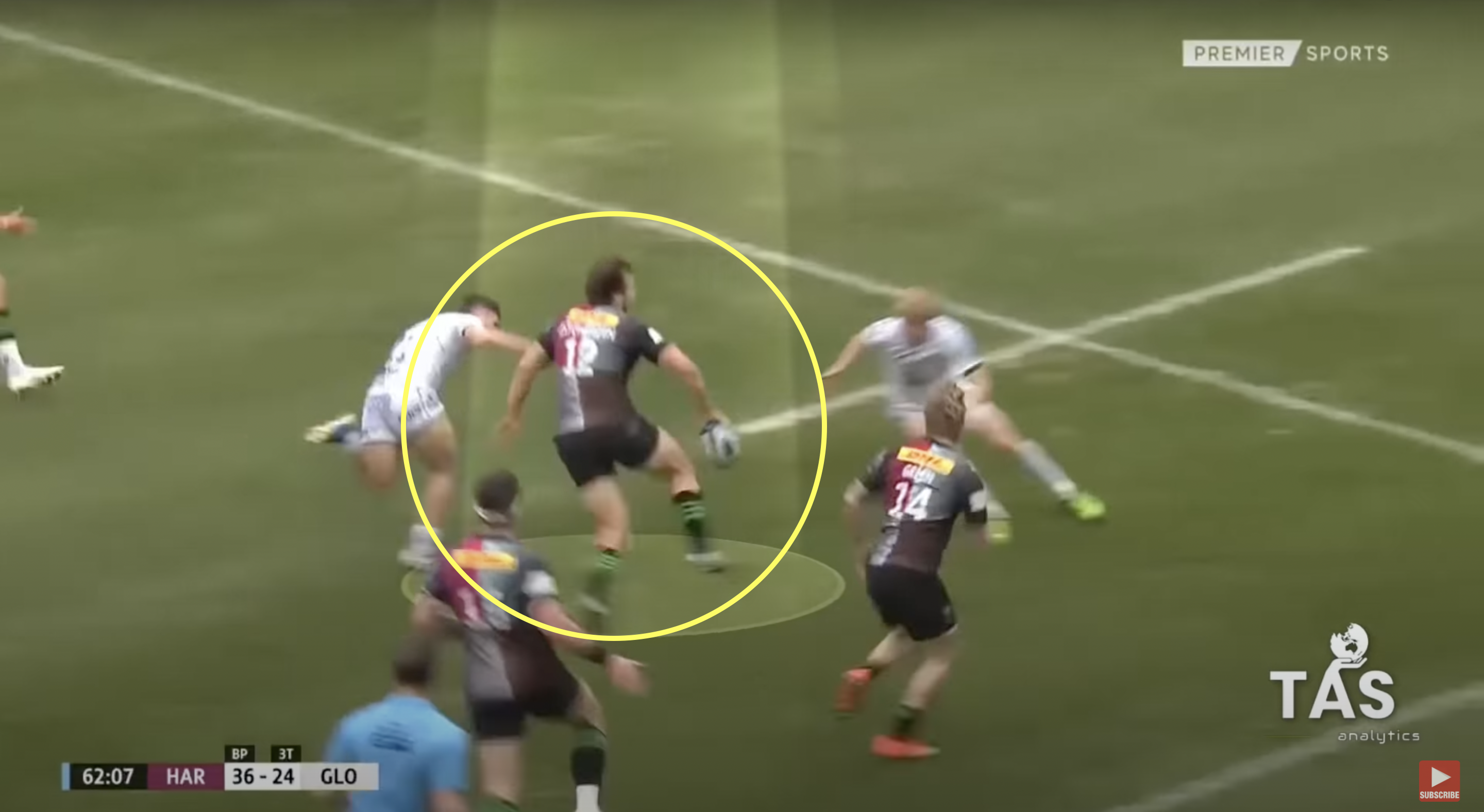 It has got to the point now where the Gallagher Premiership should simply award Andre Esterhuizen the man of the match award before a Harlequins’ match even begins to save the commentators the time and hassle of announcing it.

Such is the South African’s vicelike grip on the accolade at the moment that no other player seems to get a look in, as he won this third consecutive gong against Exeter Chiefs at the Stoop on Saturday.

Ahead of the match on Saturday TAS Analytics shared a video titled ‘Andre Esterhuizen Tribute | Agent of Chaos,’ unaware that the 27-year-old would not only go on to score the match winning try against Quins’ Premiership final opponents last season, but would secure the crucial turnover at the death to secure the win. The ten minute video of the centre’s 2021 makes a truly compelling case that he deserves to make the Springboks setup again to add to his eight caps after a three year absence.

Esterhuizen is part of an 8-9-10-12 combo with Alex Dombrandt, Danny Care and Marcus Smith playing inside him that can simply do no wrong at the moment, and took the Premiership by storm in 2021.

TAS Analytics wrote on YouTube: “It’s my first video of 2022, and I thought the best way to start the year was with tribute video of Andre Esterhuizen who has simply been World Class these last couple of games for the Harlequins. He’s knocking on the door for a Springbok call up and I can’t see how the Springbok coaching staff can ignore him if he keeps having performing like he did in 2021. After watching him play, it makes sense why his coach at the Harlequins refers to him as an “Agent of Chaos” because he can attack you with his brute strength as well as his silky handling skills.

“South Africa is settled at the centre position but I definitely think Andre should be added as depth, so that he can cover for Damian de Allende. I just can’t see how you can’t select him after 2021, he’s just been too good to ignore and judging my his man of the match interviews, he seems to still have that fire to play for the Springboks, so to me it’s a no brainer.”