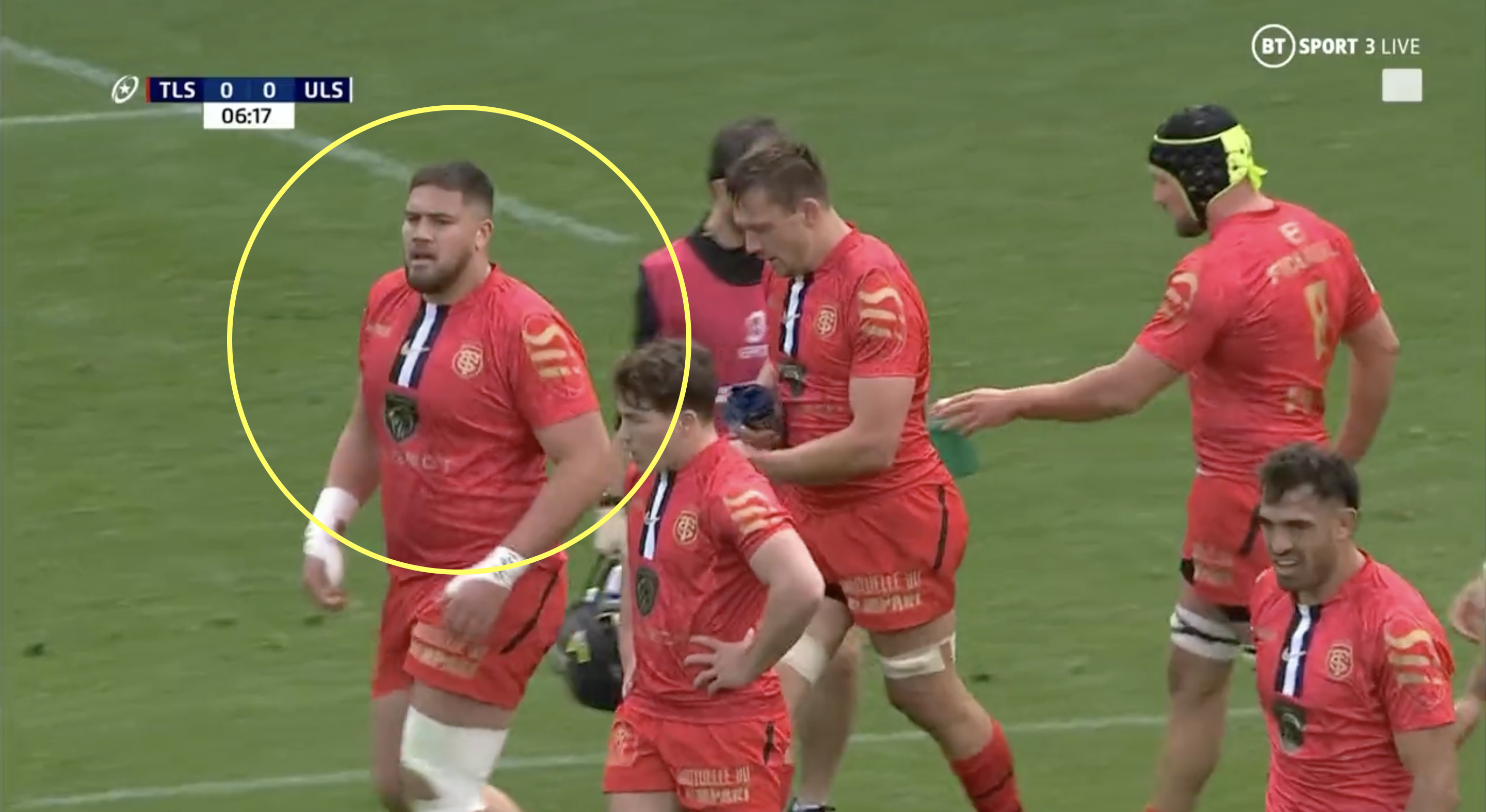 The 2.03m, 145kg tank that would make France’s pack immovable

With the likes of Uini Atonio and Paul Willemse already in the French XV, it is hard to imagine how the Six Nations champions’ pack could get any more bigger. But a recent revelation by Toulouse lock Emmanuel Meafou suggests it could get a whole lot heavier.

The 23-year-old Australian born lock is currently plying his trade with the European and French champions, having arrived there in 2019 via a fairly circuitous route that saw him attempt to play in the NFL- where he was required to bulk up to a whopping 160kg. His 140kg, 2.03m frame is slender compared to that, but he still packs a punch on the rugby field, as Ulster experienced recently.

Speaking on Le French Rugby podcast recently, Meafou said that he wants to play for France, which is an exciting prospect for Fabien Galthie.

“Oh man, I want to play for France,” Meafou said. “France is definitely on my radar. There’s been a little bit of discussion around it and I’ve been working around getting my passport, but I want to play at top level.

“I’ve been here now for over three years now so I would definitely love to play for France – if that came up I would definitely say yes to that. Until then, I want to play some good rugby for Toulouse and see what comes from it.”

Based on their age and way their careers are panning out, Meafou and Uini Atonio are unlikely to ever be in the same pack for Les Bleus, but if they were, they would be more or less immovable at scrum time. On the other hand, the pack would equally be unable to move around the field as well, and the eight players would basically become flabby bollards in the middle of the field hoping for scrums as opposing players run round them.

Take a look at some of Meafou’s tries:

“You won’t stop 23 stone from that sort of range” 😤@StadeToulousain bash their way closer to the line, working the ball well from the breakdown to find Emmanuel Meafou, who boulders two defenders reaching for the line 💥#HeinekenChampionsCup pic.twitter.com/WCQJOM8iAJ