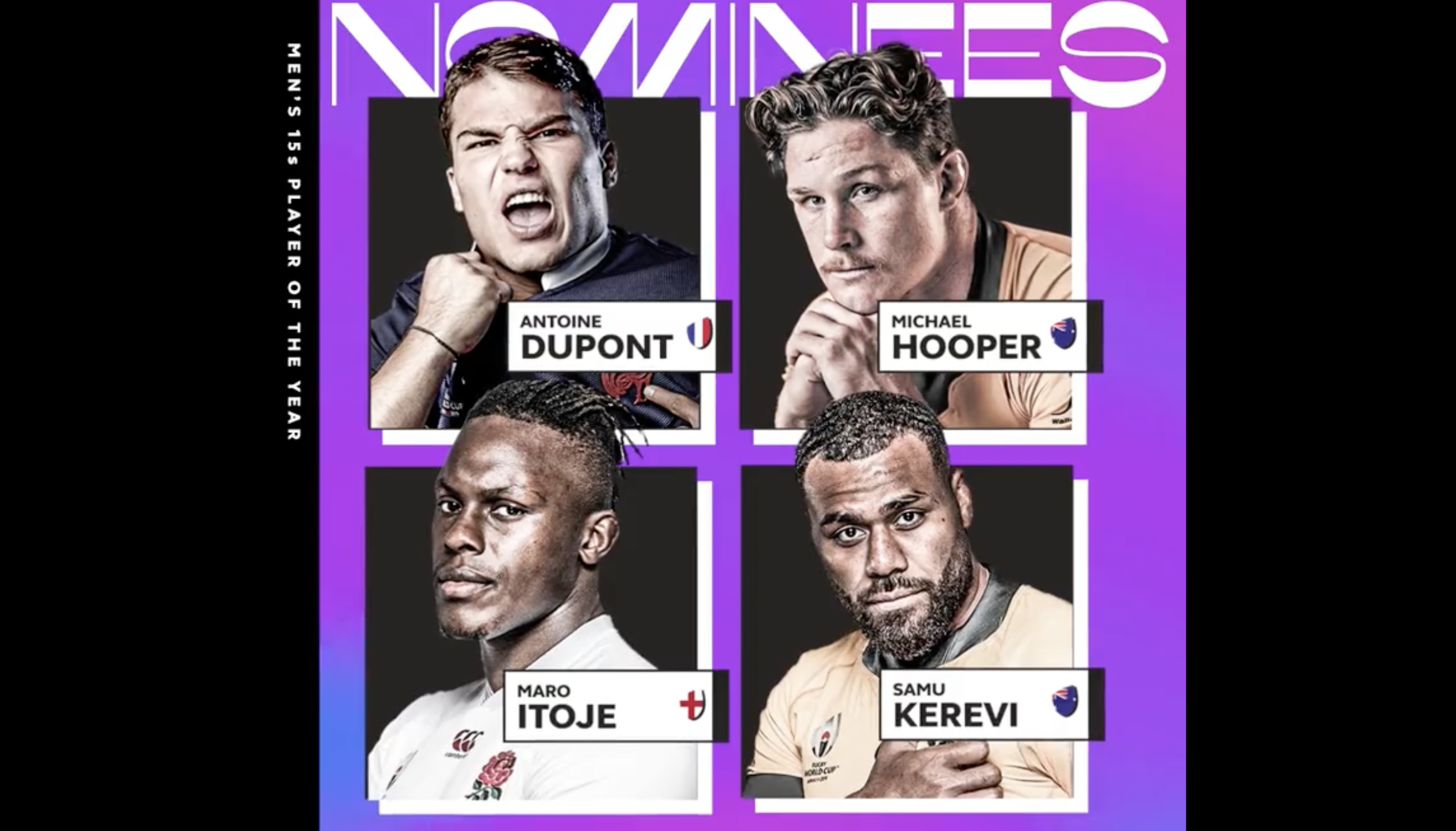 The alarming stat that should leave World Rugby red-faced

The men’s World Rugby player of the year shortlist caused quite a bit of controversy on Monday to say the very least.

The shortlist had a noticeable lack of any player from the Rugby Championship winners the All Blacks, the Six Nations winners Wales and the reigning world number ones South Africa. The four spots went to France’s Antoine Dupont, England’s Maro Itoje and Australia’s Michael Hooper and Samu Kerevi. These are all world class players and worthy of being up there, but the lack of some other elite names is what has proven to be so controversial.

However, there is an even more alarming stat which should cause as much controversy. That is that in the 20 year history of the World Rugby player of the year award, no prop has ever been nominated for the award. While every position, except centre, has had at least one winner of the award, a prop is still waiting for a nomination.

This stat was shared by Russ Petty recently on Twitter, who added the hashtag #Justice4Props.

Given how fundamental the scrum is to a team’s success, this is surprising. The Springboks currently are an example of how crucial props are to the outcome of the match, with the World Cup final against England in 2019 being a particular point of reference. Tendai Mtawarira tore through the English pack in Yokohama in 2019 with a scrummaging masterclass, just as he did against the British & Irish Lions in 2009. Those performances may not have been enough to earn him the player of the year title, but they would have put him in the conversation.

With one weekend left of international rugby this year, it could be decisive in the outcome of the award. Neither Hooper nor Kerevi are available for the Wallabies this weekend, while Itoje faces the Springboks and Dupont faces the All Blacks. A win in either of those games could be pivotal.