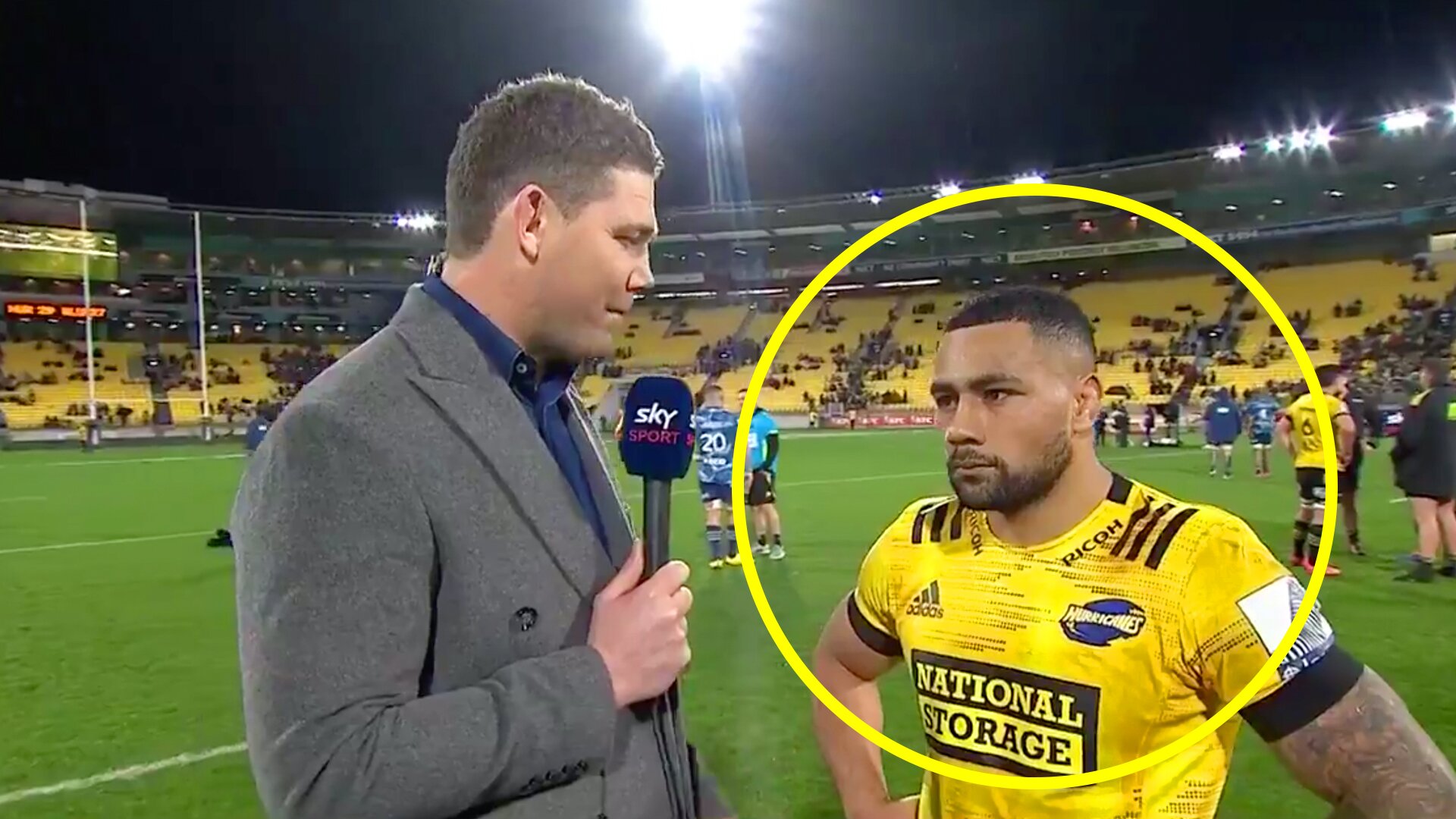 Ngani Laumape was literally the hottest thing in rugby back in 2017. This interview with the sensational Laumape is the best proof that he is destined to smash it for the All Blacks still.

This weekend, Hurricanes centre Ngani Laumape proved to the world that he was still one of, if not the best centres in World Rugby. All it took was 20 seconds of an awkward man of the match interview to see that he is so ready to be back in an All Blacks shirt.

The 27-year-old was left out of the 2019 Rugby World Squad by Steve Hansen despite being one of the most exciting young rugby players to emerge in Rugby.

In podcasts, the centre revealed that this was a very tough time for him.

This weekend, the centre blew any critics that he had out of the water with a spectacular performance for the Hurricanes in Super Rugby.

This try, where he sped past Beauden Barrett, exemplifies exactly why he is still such a good player.

The way he stepped AND gassed Barrett, before steamrolling later truly was sensational.

💥 Ngani Laumape was terrifyingly good for the @Hurricanesrugby on Saturday night!

We can’t look past him for Try of the Round. #HURvBLU pic.twitter.com/RvxyR5fXwW

A comment under this video perfectly sums up exactly the feeling about how many fans feel about him being left out of the rugby team.

Giacomo – Once again devastating, not only on the try. At a point he literally ran over Bauden. Imagine not bringing him to the rwc…

But it wasn’t the performance which convinced us that this player was still destined to do great things.

It was the post-match interview with Ngani Laumape which told us everything we need to know. While most man of the match interviews are relatively happy affairs. This was not the case for Laumape who,  if anything, looked frustrated still.

Saying ‘keep disrespecting my name’. This man is ready to challenge for the All Blacks again! It looks like his interview was in response to fans saying he was done as an All Black player.

Laumape opened up on an interview with Ardie Savea on how he felt being left out of the All Blacks here.