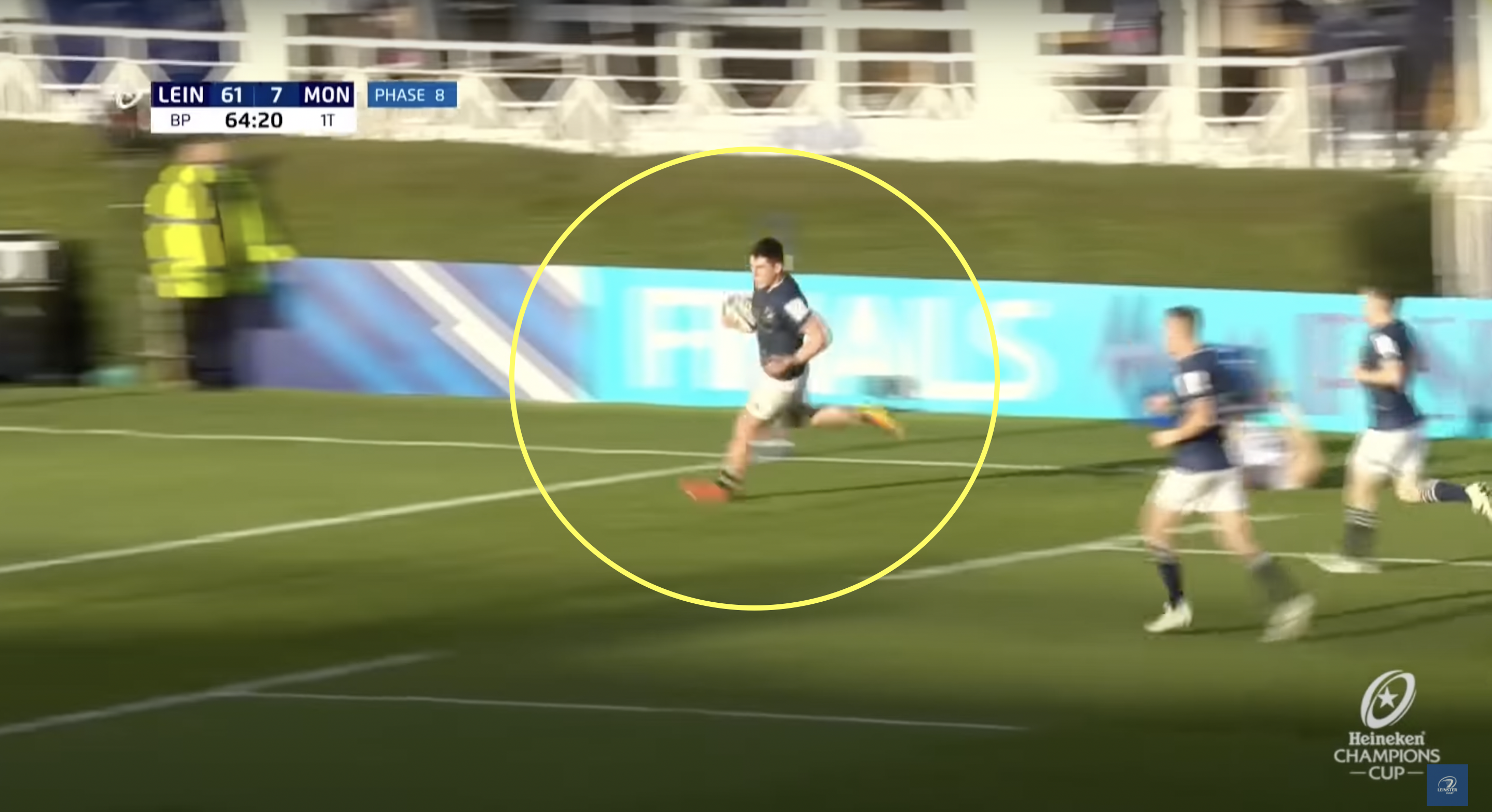 The best of Leinster’s record 13 tries against Montpellier

Montpellier’s limp attempt to compete with Leinster at the RDS on Saturday in an 89-7 loss will obviously never go down in history as a great game of rugby, but that does not mean great rugby was not played.

A combination of the four time European champions being at their very best and a weakened Montpellier barely putting up a fight left an extremely lopsided scoreline, but some tries by the home side were sensational and worthy of analysis.

One in particular, scored by substitute hooker Dan Sheehan, has been shared by rugby analyst Brett Igoe. The try was scored in the final quarter, and helped Leinster extend their lead to 68-7, so suffice to say the game was dead and buried at this point. Had Leinster not had such a comfortable lead they may not have had such a cavalier attitude with their play. Nevertheless, the spectators benefitted from this approach.

Their try started with Garry Ringrose rushing out of the defensive line to force a turnover from a crunching tackle. From there, Leinster make 27 passes as seemingly every player on the team handles the ball as they work their way up field. In terms of forwards and backs working together, it does not get much better than this: