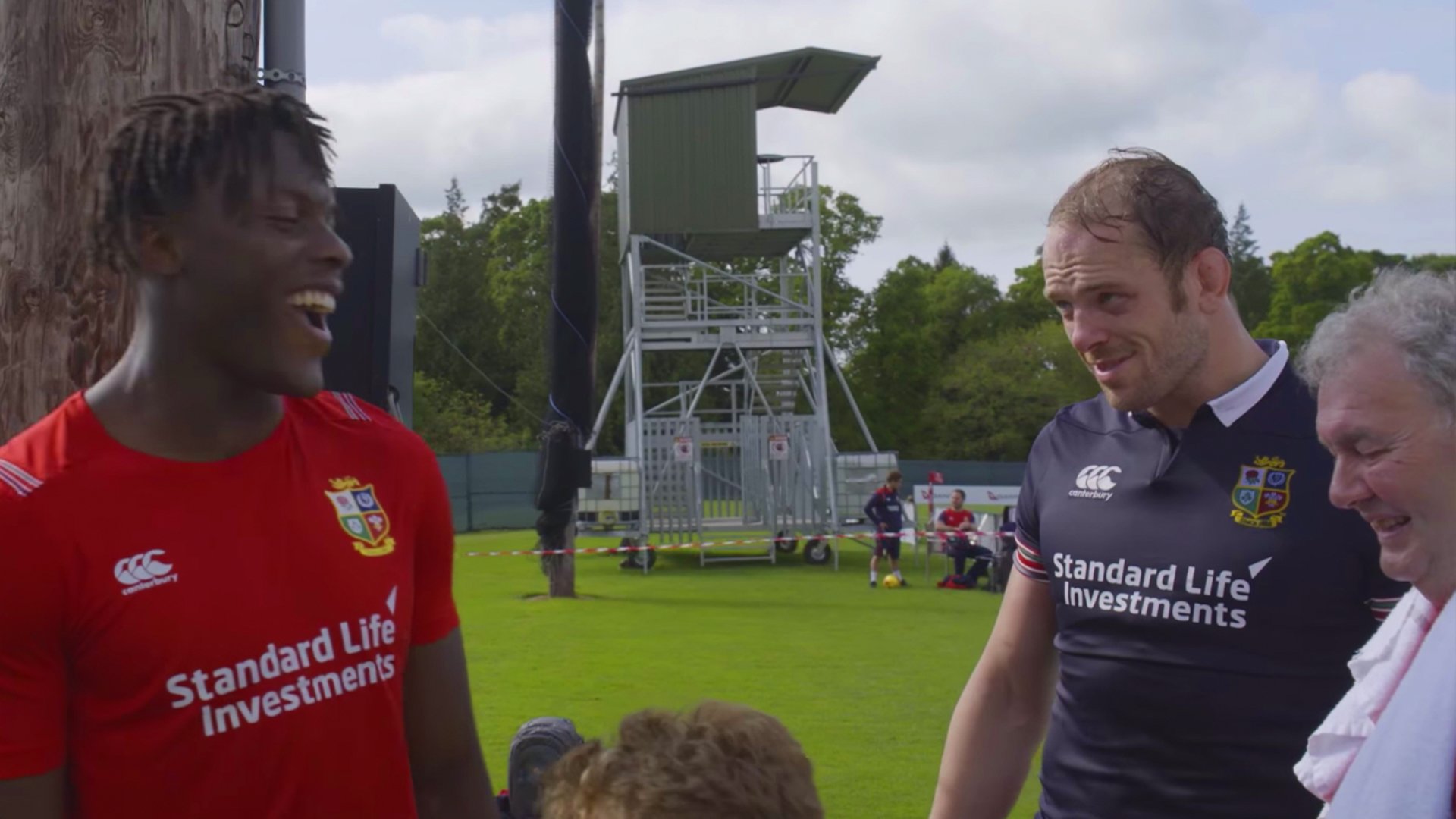 The Lions tour will be upon us very soon. Hopefully. If it does go ahead then we are desperate to see this rugby bromance become rekindled between Maro Itoje and Alun Wyn Jones.

During the 2017 Lions tour we witnessed a brilliant bond grow between Englands superstar Maro Itoje and Welsh captain and legend Alun Wyn Jones.

Itoje was the youngest player to tour with the Lions in 2017, being mentored by the old head that is AWJ.

The pair grew close together during the tour of New Zealand…

The pair played together in all three of the Lions tests. With Itoje coming off the bench in the first test in their loss to the All Blacks.

With Itoje being the young cub in the team. Alun Wyn Jones took it upon himself to act as Itoje’s mentor.

This clip here shows the blossoming bromance between the pair at the start of the tour!

Tadhg Furlong was talking to Maro Itoje about why he lost the mascot lion which the youngest member of the tour has to look after.

The bromance runs even deeper though.

After the second Lions test against New Zealand, where Itoje played exceptionally well, even the Welsh captain could be seen praising the young Saracens lock.

After the game, AWJ started chanting “Oh Maro Itoje”, a chant that had become popular during the tour.

In 2001 it was the sound of ‘Waltzing O’Driscoll’ that shook the stands of Brisbane, Australia, and 16 years on it was ‘Ohhh Maro Itoje’ in Wellington.

If the pair are to reunite together in 2021, then we would love to see them rekindle this bromance on the pitch. With James Ryan of Ireland playing exceptionally well though, we feel like Itoje and Alun Wyn Jones may have to have their banter off the pitch!