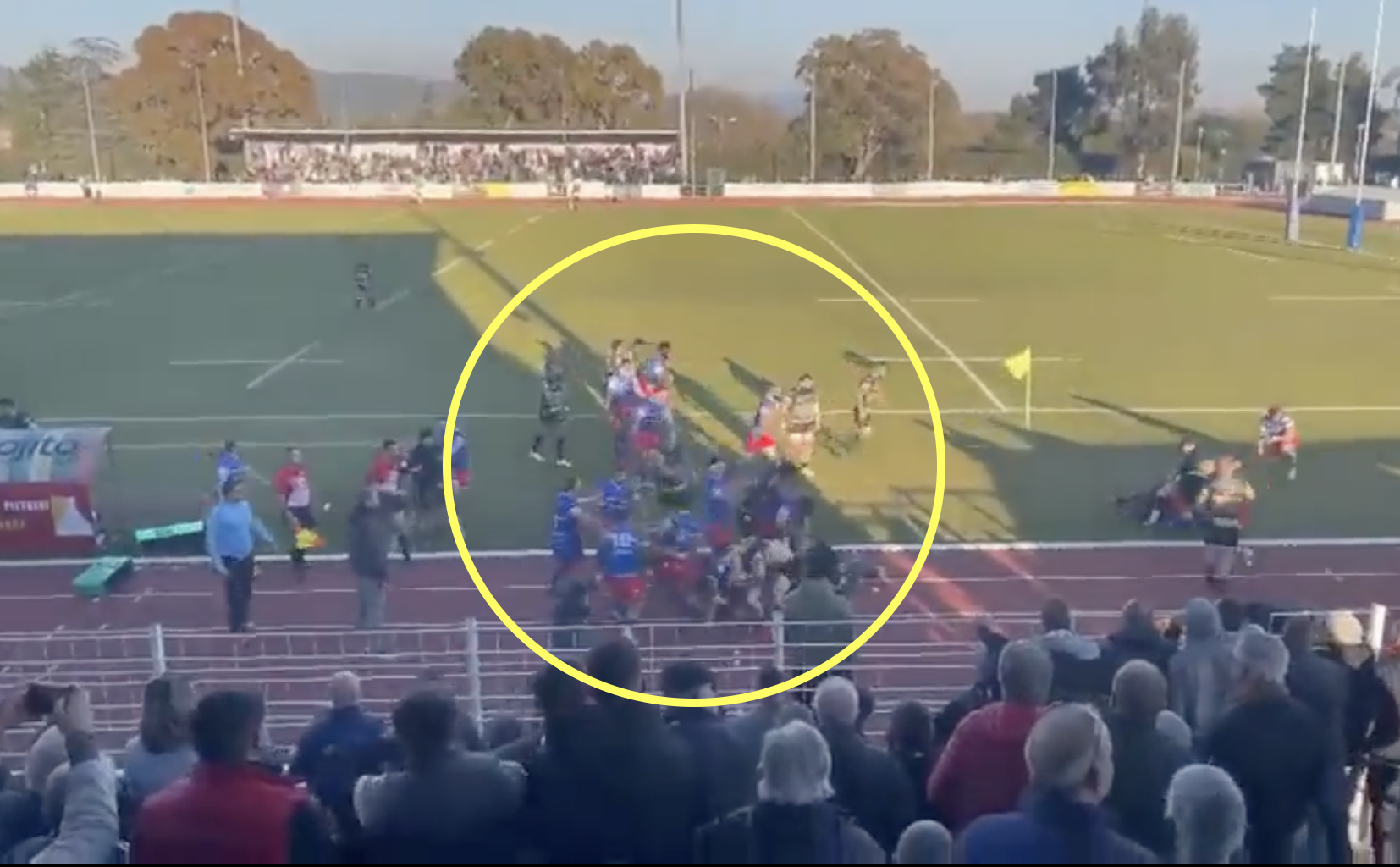 There are some things in rugby that France seem to do better than anyone else. Epic comebacks, Gallic flair and extremely partisan crowds are all part of the French rugby DNA, but it would be wrong to exclude their ability to have a mass brawl from that list as well, and a Federale 1 encounter at the weekend proved that.

Former Hurricanes and Toulon winger and current employee of Hyeres-Carqueiranne David Smith recently shared a video of an epic brawl in a local derby between his side and La Seyne sur Mer in the French third division in the south of France on Sunday. With only 25 km separating the two sides this is obviously a heated affair and Smith effectively was a pitchside reporter, giving an up close and personal account of a brawl which involved the entire team. If you watch early on, one player takes a run up to join the melee only to be tripped up by one of his own players on the floor mid-jump, resulting in a Superman-esque dive into the brawl. These are simply scenes from a bygone era.

Worse still, Smith said that this was just one of three brawls in the match, which resulted in five red cards. He wrote on Twitter: “Welcome to the south of France rugby. Lol reminds me of our village games in Samoa come on. Let’s play rugby if you guys want to fight go do boxing. Our game today 5 reds cards and 3 big fights.”

France squad for the Six Nations