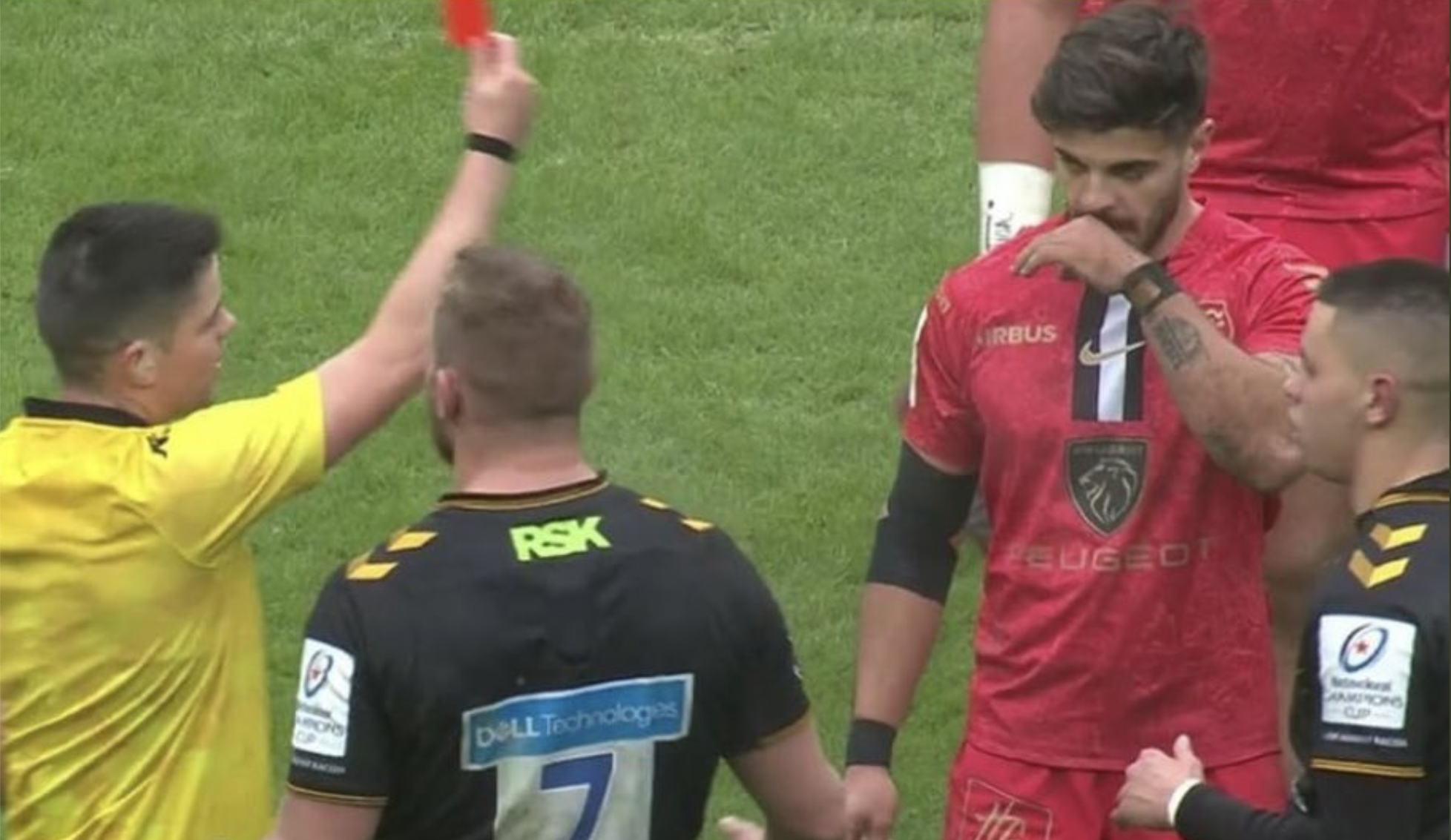 Another week, and another red card that has proven to be controversial with fans and pundits, as Wasps’ Jacob Umaga saw red against Toulouse in the Heineken Champions Cup.

The 23-year-old, playing at fullback at the CBS Arena, was dismissed by referee Chris Busby on 34 minutes after a head on head collision with scrum-half Martin Page-Relo when his side were leading 14-7. While it was accidental, the referee believed there was no mitigation, although plenty in commentary and online seem to disagree. It is certainly not a nice looking tackle, but it has split opinion.

The likes of Andy Goode and Umaga’s Wasps teammate Malakai Fekitoa have commented on the red online, with Goode describing it as a “rugby incident”. It is one of those situations where it is easy to see where those that disagree with the red are coming from, but equally it is easy to see where the referee was coming from as there was clear head on head contact. It has been pointed out that this would have been avoided completely if Umaga tackled with the other shoulder.

Crazy decision, that’s a rugby incident and accidental head on head so yellow at best!

This was not the only dangerous tackle in the game, as Toulouse No8 Anthony Jelonch was shown a yellow card for a shoulder to the head of Alfie Barbeary in the second half. That was mitigated by the fact that Barbeary dropped his level just before contact, although it was an equally gruesome collision.

Despite playing the majority of the match against the European champions with only 14 men, Wasps still came away with an impressive 30-22 win.