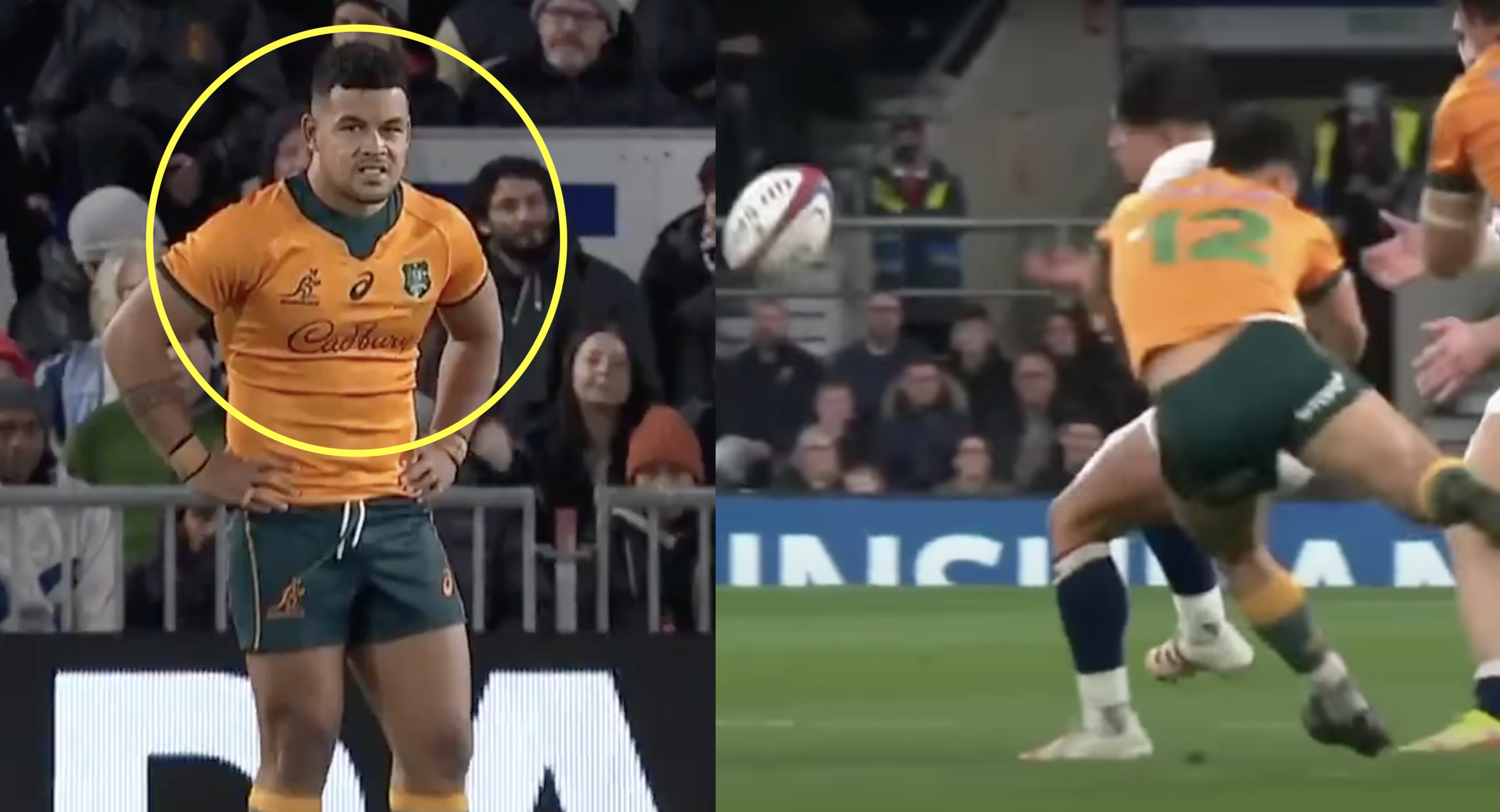 Australia have a tough month coming up, as they are set to face every Six Nations side, except England, in consecutive weeks.

With an injury list that is seemingly endless, Dave Rennie will know that he has his work cut out for him but there is still plenty of class in his 36-man squad. One of those players is 20-cap centre Hunter Paisami.

The 24-year-old has a reputation for cutting his opponents in half, and though he is not the heaviest back out there at only 91kg, he packs quite a punch in the midfield. Maybe more so than any other back in the game. Watching him charge out the line must be a terrifying sight for any fly-half, and it is something that happens fairly often.

Andrew Forde recently shared a highlights reel of some of his biggest hits, and it is a pretty convincing case that he is the hardest hitting back in the game. Take a look: