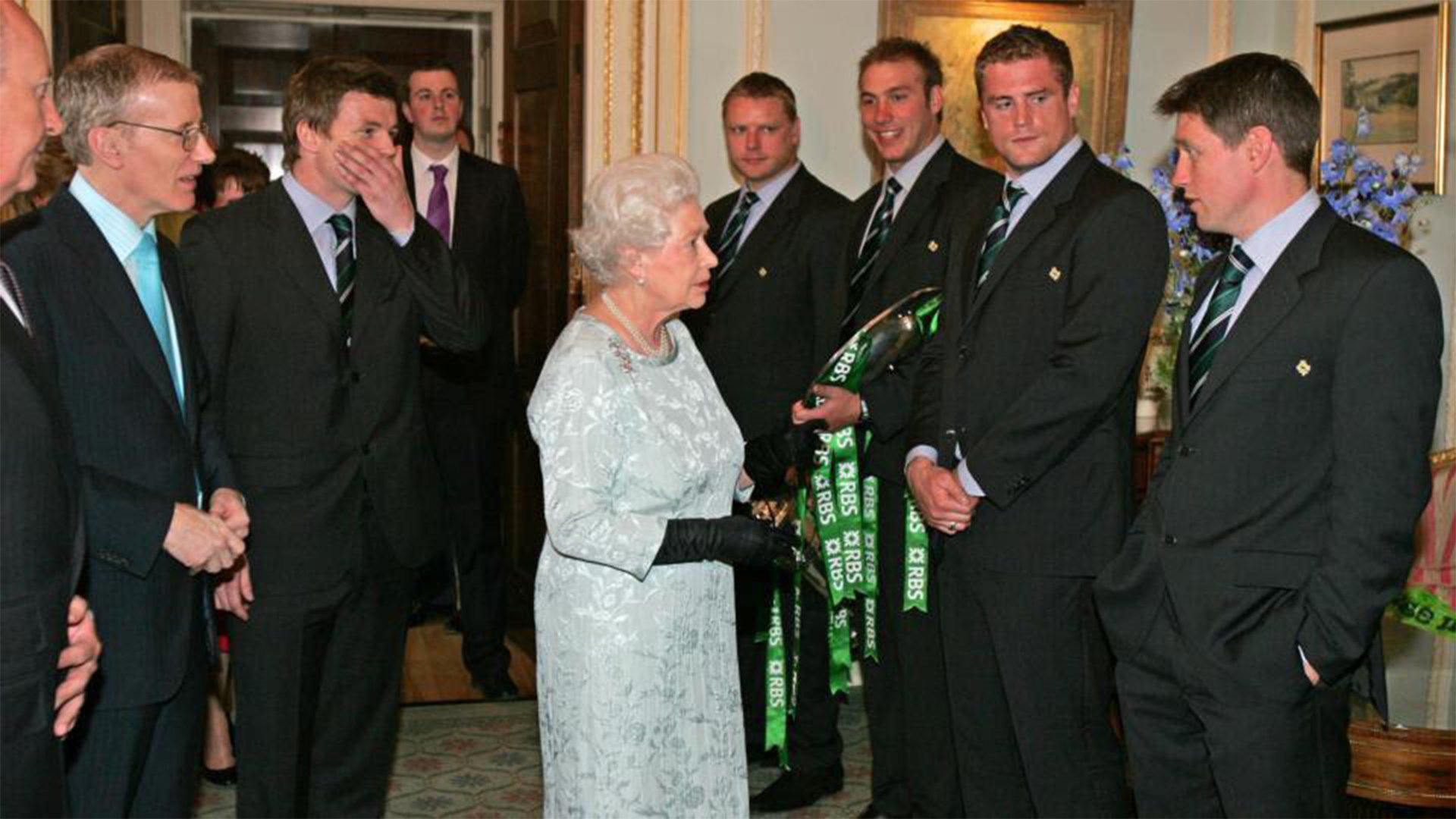 Ronan O’Gara will forever be an Irish rugby legend.

As his countries top point scorer and second most capped player of all time for Ireland – he’s certainly a sporting hero for his nation.

The Munster fly-half, however, caused huge controversy back in 2009 when the Irish rugby team met the Queen.

In the aftermath of their Grand Six Nations slam triumph, the Ireland rugby team were to have an audience with her at Stormont in Belfast.

During this formal meeting – the Queen, accompanied by Irish skipper Brian O’Driscoll, made her way down a line of victorious players sharing a few words and exchanging handshakes.

In the aftermath of this routine engagement, pictures emerged on the web of the Queen addressing O’Gara with his hands in his pockets.

An image that drew huge controversy on either side of the Irish sea – with many outraged at what appeared to be a snub to the head of state.

Newspapers columns and online articles were filled with debate surrounding why exactly the Ireland fly-half had supposedly disrespected the royal.

In 2017 O’Gara cleared up the whole fiasco in an interview.

“The situation in terms of the Queen was horrendous, I addressed this in the book but it hasn’t really been put out there, people take out of it what they want,” O’Gara said.

“I was in the line to be introduced, my hands were a little bit sweaty, I put them into my pockets to clean them. But the angle taken… you couldn’t have staged it because Brian looks like he’s in disbelief with what’s going on here. But that’s a snapshot, living that live in the seconds, there was no moment for anything.”

The fly-half revealed that he did shake hands with the Queen and that the photo taken was just a case of incredibly opportunistic timing on the photographers part.

The Irish sporting legend is now coaching La Rochelle in France after stints with Racing 92 and the Crusaders in Christchurch.