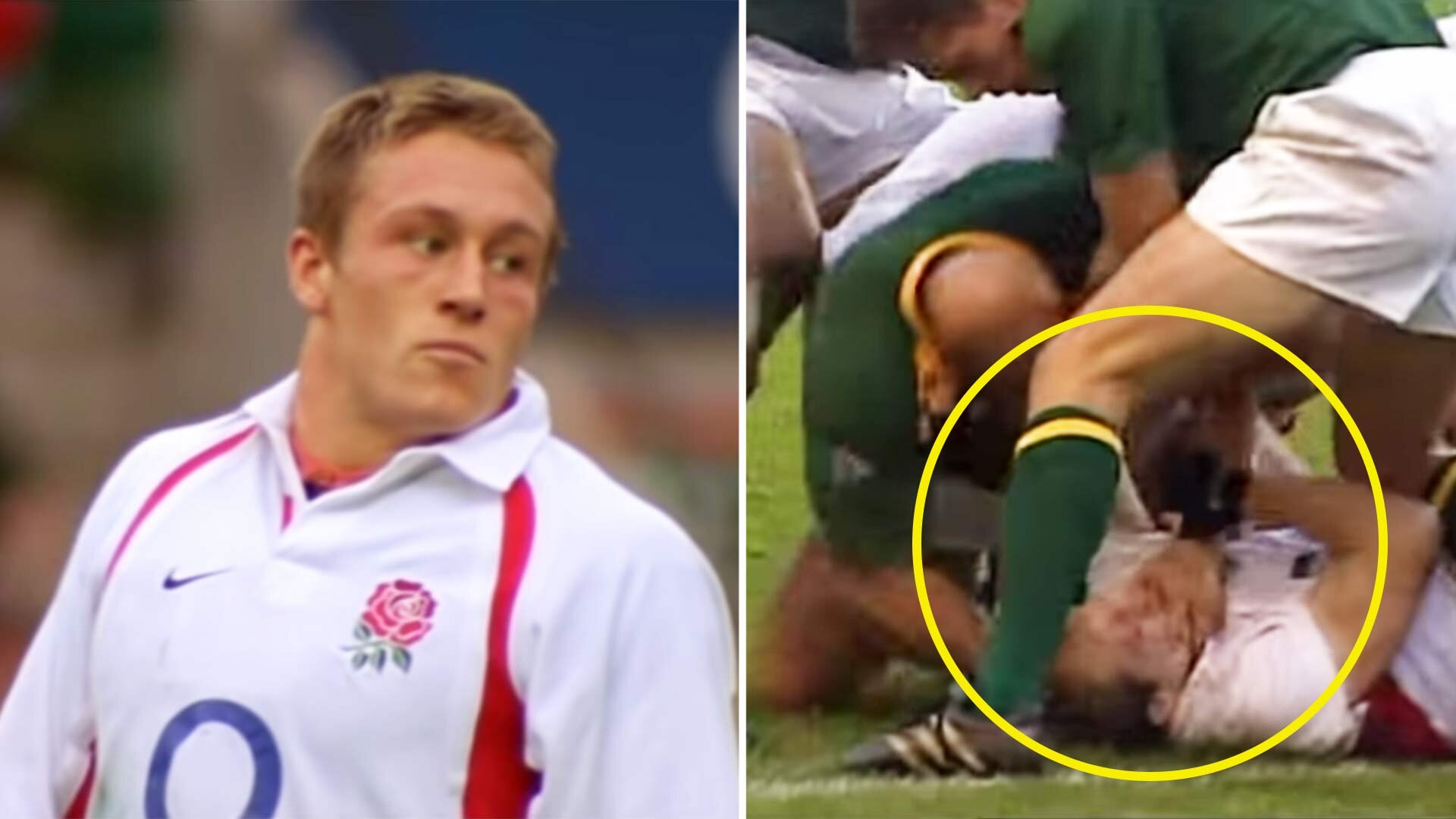 This was a dark dark day for South African rugby – not just for the result – but the way in which their players took a bully boy approach to the match.

This encounter from back in 2002 has to be seen to be believed!

not long to wait now!

The RFU have published adapted community competition plans for adult and age grade rugby in the 2020/21 season. Read more 👇

This game was an autumn international fixture between England and South Africa.

The match, held at Twickenham, had a lot riding on it with Clive Woodward’s side already having beaten the All Blacks the week before at the home of English rugby.

In the end, the men in white ran out as fifty points winners in a 53-3 win to condemn the Springboks to a humiliating defeat – but the misery wasn’t over there for South Africa.

Watch this snippet from the 2003 documentary ‘Sweet Chariot’ to see just how dirty this side was.

The men in green and gold were clearly no match for their opponents on that day but it didn’t stop them from trying to gain a physical advantage – even if it wasn’t on the ball.

We see as there are punches thrown all over the field, be it at the bottom of a ruck or even clear as day for all to see. This Springbok side did not turn up to play rugby.

We see as South African flanker Corné Krige drops an elbow onto the neck of England captain Martin Johnson in a sickening blow.

Then, we watch as England fly-half Jonny Wilkinson is hit late with a thunderous tackle that left the 23-year-old writhing around on the floor in agony.

This post-match analysis showed even more thuggery from the Springboks.

This was arguably one of the darkest days in South African rugby history to not only be beaten so heavily on the scoreboard – but to have taken such a bully boy approach to the game.

Was this the dirtiest side to have ever played at test match level?