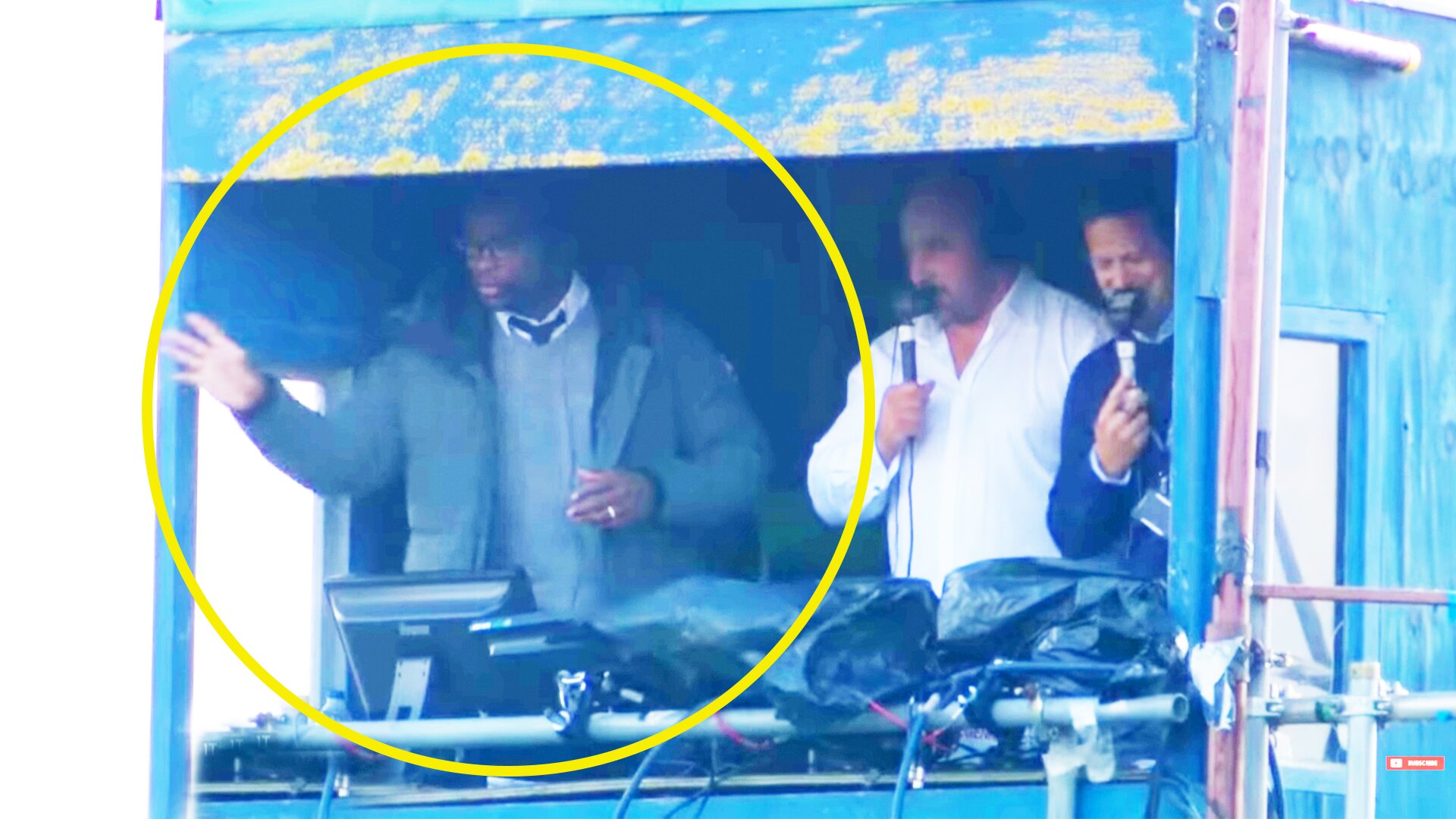 Ugo Monye was once a fantastic rugby player who turned to a career in the media after an illustrious England career.

Hanging up his boots didn’t stop the Harlequins man from shocking a Sixways crowd back in 2017 all the way up from in his commentary box!

Not bad 5-a-side team this…

#️⃣ Plus our very own @MrTomWilliams (🇨🇾 Cyprus international)

This moment came in a Premiership match between Worcester and Wasps a few years ago.

The second half of the match was just starting when the home side had been awarded a penalty kick for touch.

As the balled sailed high into the stands there was a cheer from the crowd as the England star caught the ball all the way up from in the commentary position.

What Monye did next, however, stunned the unsuspecting Sixways crowd…

Check out this moment below

This wasn’t the first time Ugo had stunned fans in the stadium and at home whilst performing his media duties.

Check out this gem from a couple of years ago!

How hard can it be to kick a drop goal at the Olympic stadium!!! 😂💥 *mic drop* pic.twitter.com/Zqv7fkr9BB https://t.co/NsyLaKcsvr

UK Prime Minister Boris Johnson says he doesn’t believe that England’s unofficial rugby anthem,’Swing low, Sweet Chariot’, should be banned from the terraces, following news that the RFU are to review it’s place in the game. The song, which has links with slavery, was apparently first heard at Twickenham in 1987.

Written in the mid-19th century by Wallace Willis, who was a black American slave, ‘Swing Low, Sweet Chariot’ is now under review at the RFU after a spokesperson admitted the England rugby organisation needed to grow awareness about the song’s origins.

Johnson, who played rugby in school and regularly attends matches at Twickenham, believes that the focus should be on celebrating achievement, and not looking to ban songs or pull down statues.

PM asked about Swing Low, Sweet Chariot after England rugby bosses say they're reviewing use of the song due to its links to slavery

“My only thought about this whole issue is, frankly, what people need to do, I think, is focus less on the symbols of discrimination or whatever, all these issues that people are now raising, to do with statues and songs and so on,” he said in an interview with Sky News during a school visit on Friday.

“I can see why they’re very emotive, I understand that. But what I want to focus on is the substance of the issue,” the prime minister went on. “I want to make sure that this is a society where people can advance on their merits, achieve fantastic things and don’t face prejudice or discrimination.”

“I certainly don’t think there should be any sort of prohibition on singing that song. My curiosity is why don’t people seem to know the rest of it – I’d love to hear the rest of it.”