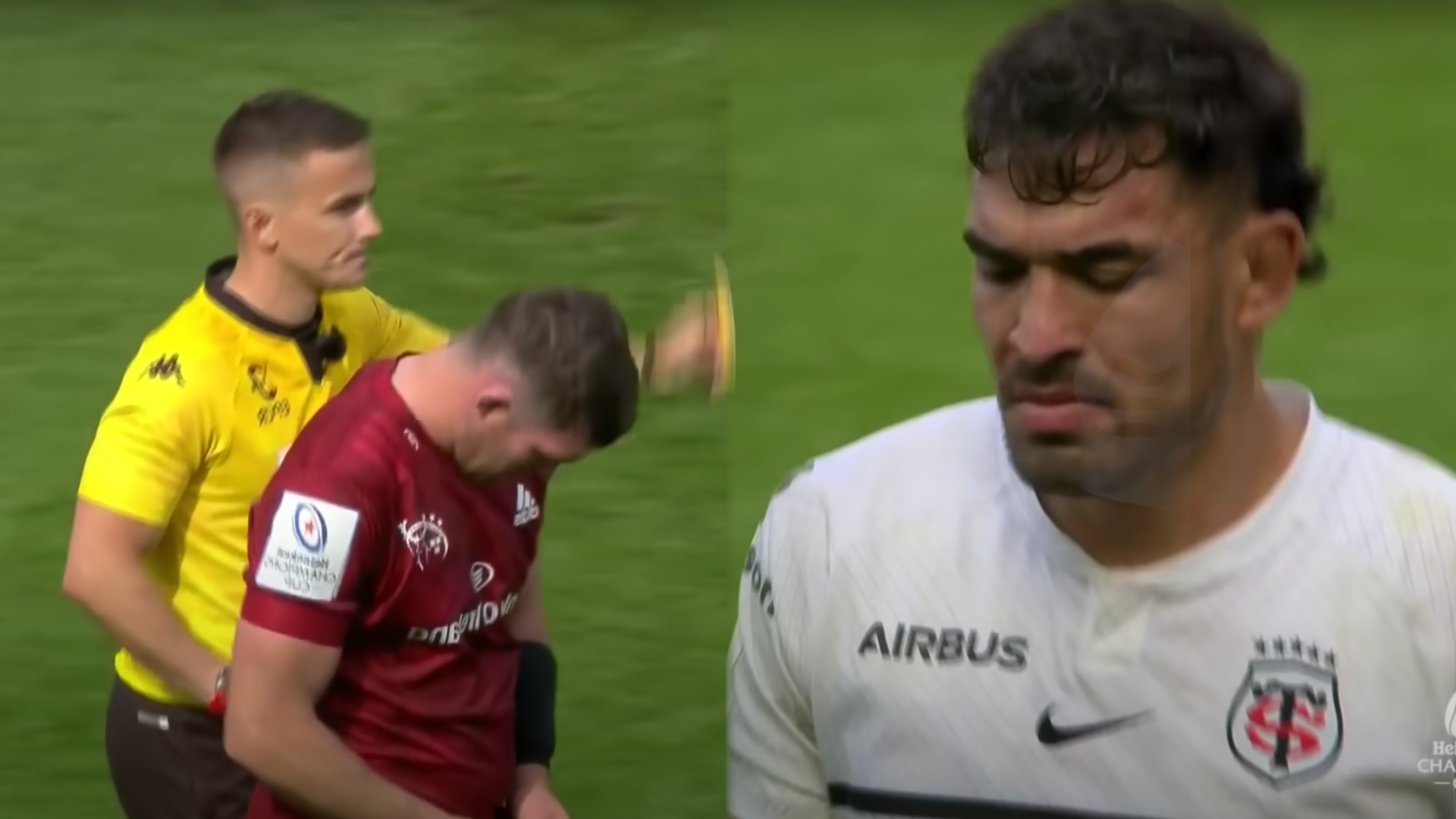 Four days have passed since Munster’s agonising exit from the Heineken Champions Cup at the hands of Toulouse at the Aviva Stadium via a memorable penalty shootout.

Such a loss was obviously a bitter pill to swallow, but another one may be how the reigning champions were able to finish the match with 15 players.

With half an hour to go in the match and with Munster leading 21-14, Toulouse and Australia lock Rory Arnold was yellow carded for a tip tackle on Simon Zebo that left many viewers scratching their heads as to why the card was not another colour. After much consideration by referee Luke Pearce and his officiating team, they concluded that while Zebo did go above the horizontal in the tackle, he landed on his back rather than his head, which reduced the punishment from a red to a yellow. This was all while Zebo no longer had possession of the ball, it must be added.

It is hard to say whether it was Arnold that ensured Zebo did not land on his neck, or whether the winger made prevented it himself, but there were plenty online that felt the sanction should have been worse.

This would have left Toulouse down to 14 men for half an hour, meaning they not have been able to force the game into extra time. Even if they were able to, that extra 20 minutes with a man down would have been tough.

Arnold looks as though he got away with it though in terms of a ban, and should be available to face Leinster this Saturday at the same place.

Toulouse captain Julien Marchand commented afterwards: “Apart from hoping that the penalties go over during the shoot-out, we couldn’t do anything else.

“It’s sad for Munster to lose that way and we have to remain humble out of respect for their team, but we’re delighted to win and move on.

“We’ll have to recover quickly because next week is another big game. It will be another massive challenge. We’ll regroup and rejuvenate.

“That was a tough quarter-final, but Munster is not just anyone.”