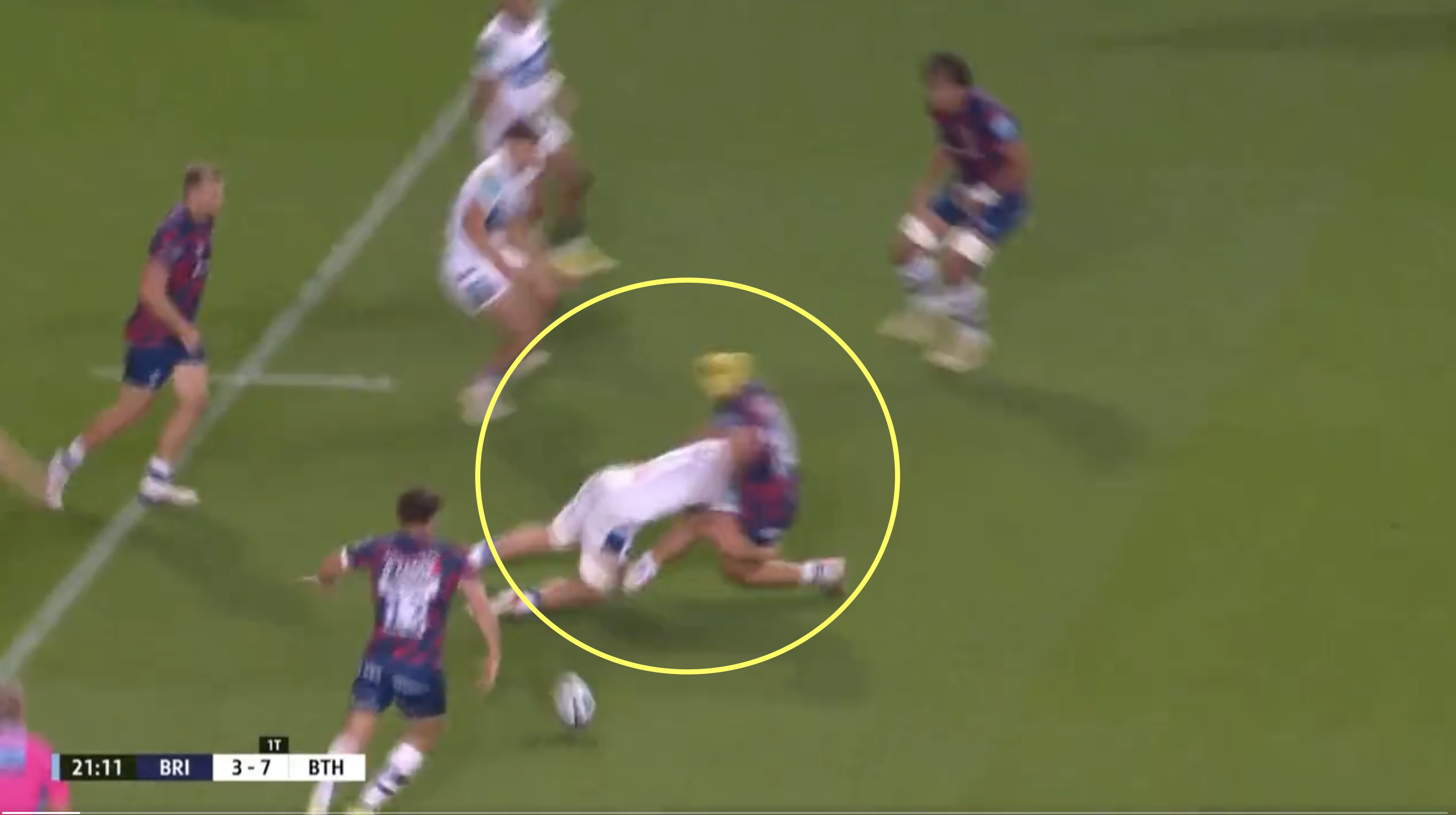 Sam Underhill has put in some defensive masterclasses in across his career and Friday night was no different.

The man is is a walking highlights reel of monstrous hits and he added quite a few to his collection for Bath on Friday in the West Country derby against Bristol Bears. The 25-year-old was at his voracious best against the Bears, cutting players in two with his trademark hits.

Underhill is perhaps best remembered for his display in the 2019 World Cup semi-final, which still lives long in the memory of England and All Blacks fans. His attitude in that match in Japan typified the display Eddie Jones’ side put in, and two of hits in particular, against Jordie Barrett and Kieran Read, were a microcosm of the match as a whole.

Alongside Tom Curry, Underhill is part of the ‘Kamikaze Kids’, named by their England coach Jones. He missed this year’s Six Nations, however, with an injury and his absence was certainly felt in defence, as England finished the tournament in fifth place.

Unfortunately for Underhill, he was still on the losing side against Bristol on Friday at Ashton Gate. Both sides were going into the match without a win in the Gallagher Premiership, as they had both lost their opening two matches. The win does not leave Bristol in a much prettier position though, as they sit second from bottom with four points in the league, one place above Bath, who have three points.

Neither side’s luck improves much over the coming weeks, as Bristol travel to London to take on reigning champions Harlequins on Friday in a repeat of their epic semi-final from last season, in which the Bears lost after being 28-0 up. Meanwhile, Bath have a bye-week, meaning they will remain at the foot of the table.