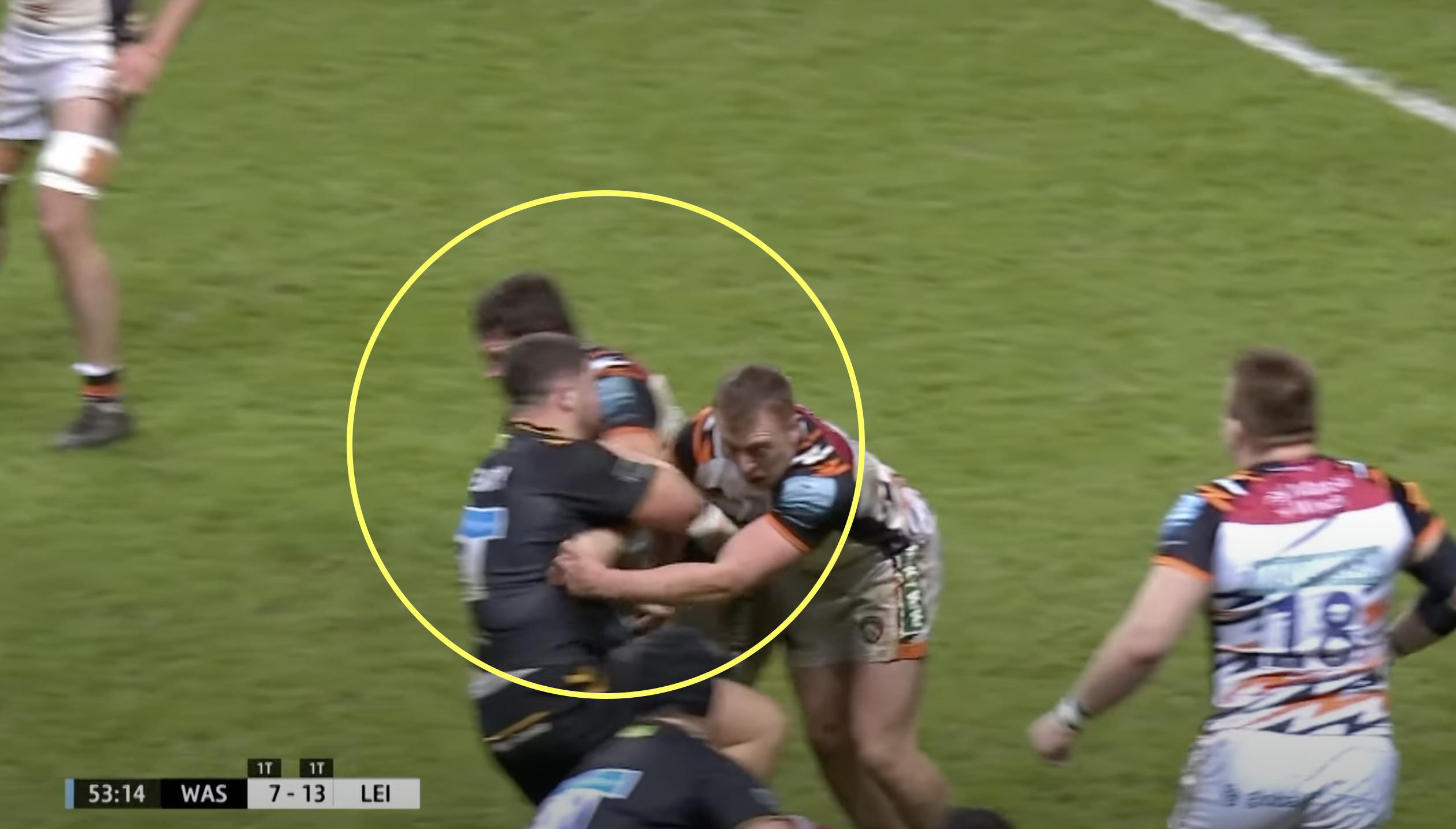 The enormous collision that created a mini earthquake at Wasps’ home

Wasps’ win over Leicester Tigers on Sunday to topple the Gallagher Premiership leaders for the first time this season was a game that was built upon gritty defence from both sides.

One player that seemed to wear his shoulders down to nubs during the 61 minutes he was on was Tigers hooker Julian Montoya, who made a staggering 19 tackles, and also added a try for good measure. However, it is not necessarily the quantity of tackles that the Argentinian made that was so impressive, but the quality as well.

His hit on Wasps star Alfie Barbeary was the most impressive of all his tackles, as he stopped the rampaging Wasps flanker dead in his tracks, which most will know is no mean feat. No player had beaten more players throughout the match than the 21-year-old, but he certainly did not find a way to break through Leicester’s defence with his hard line straight into Montoya’s left shoulder.

This tackle came with sound effects as well, as the collision seemed to echo around the Coventry Building Society Arena. Take a look:

Wasps head coach Lee Blackett was quite emotional after the victory given the build up his side had. Not only were Leicester unbeaten going into the game, but Wasps have an extraordinary injury list at the moment, meaning their squad was tested to the max. For instance, scrum-half Francois Hougaard was playing on the wing against the Tigers, although that is not a position he is entirely unfamiliar with.

The win leaves Wasps in eight place in the league with all sides playing twelve games. They are still 10 points behind fourth place Gloucester, but only three behind seventh place London Irish, who will be in their sights. For now, they have tough matches in the Heineken Champions Cup against reigning champions Toulouse and Munster.