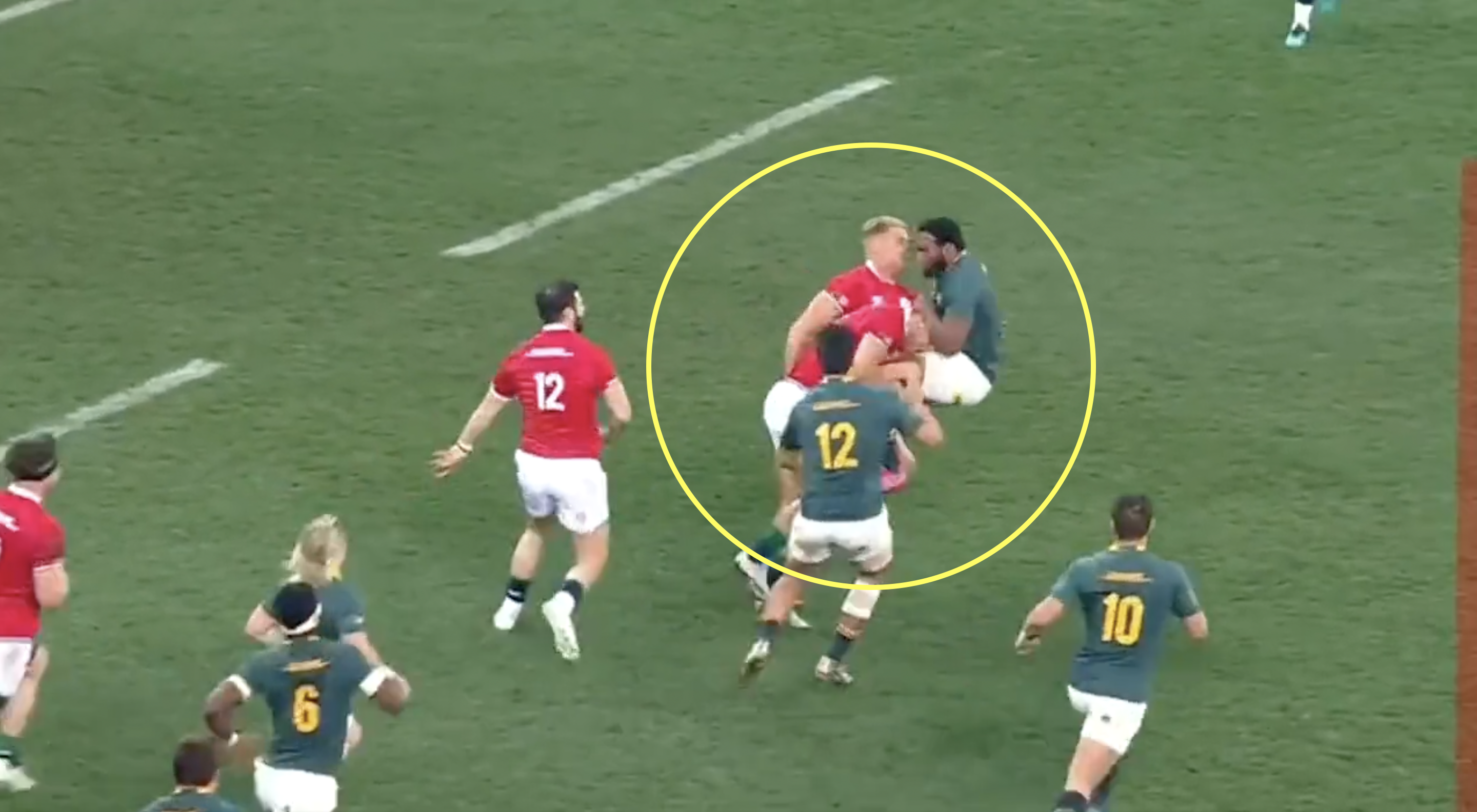 Eddie Jones has been full of praise recently for one of Scotland’s British & Irish Lions from 2021, outside centre Chris Harris.

The Gloucester No13 has long been regarded as one of the best defensive centres in the game, and that is certainly the view of the England head coach ahead of his side’s match with Scotland at Murrayfield this Saturday.

Andrew Forde recently shared a video highlighting how solid the 31-year-old is in that channel, not only in terms of the ferocity of his hits but in how he is so reliable covering such a large amount of space. Take a look at some of his best hits:

Given the injuries and Covid-19 issues that some of England’s centres have had in the build up to the Calcutta Cup match, it is unclear who Harris will line up against in Edinburgh. Owen Farrell and Manu Tuilagi are out of the clash, and Joe Marchant is currently isolating after a positive Covid test. Henry Slade looks to be the likely candidate, but pre-empting an Eddie Jones selection is always a dangerous and potentially embarrassing task. Whatever happens, the player wearing the England No13 shirt will have their work cut out for them against Scotland, and will know they have to be at their best to create any space or attacking opportunities.

Indeed it was Harris’ defence that earned him a place in Warren Gatland’s Lions squad last year against the Springboks, as he was probably earmarked as a player who could nullify the potent midfield combination of Damian de Allende and Lukhanyo Am. Harris started in the second Test against South Africa last July, although was on the losing side on that occasion.

The Calcutta Cup is the second match of the weekend on Saturday following the opener between Ireland and reigning champions Wales at the Aviva Stadium.