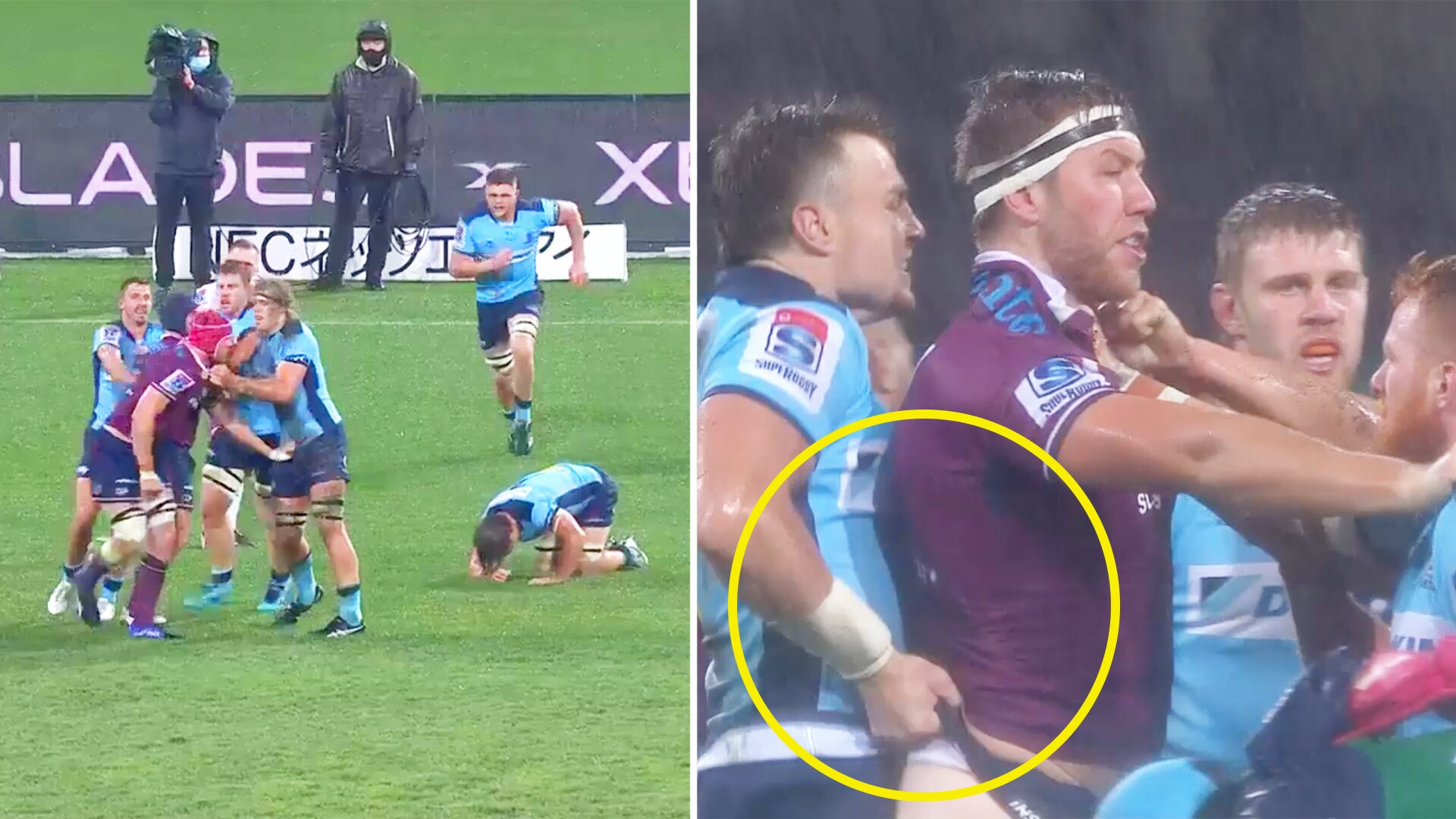 Todays Super Rugby AU contest between the Waratahs and the Reds was a fiery affair between the two rivals which provided the first known instance of a ‘wedgie’ in a televised rugby match.

This truly has to be seen to be believed.

The match between the rivals was a rather one-sided affair in which the home side put a record score on the Reds.

Early on in the second half, it all kicks off after Michael Hooper takes a cheap shot on the deck.

Forearm to the cheek, nothing out of the ordinary. All the players pile in, lots of handbags and ‘how’s ya father’.

Again, nothing out of the ordinary. Until the camera picks up this absolute monster wedgie from the Waratahs number eight. Still can’t believe this actually happened!

watch this incredible wedgie below

Had this done to me at school on countless occasions. Watching this brings it all back… pic.twitter.com/zTXvffnC26

It’s a good thing that the Reds man saw the funny side. Pretty sure he could have got in a spot of bother for this if he hadn’t have!

Chiefs head coach Warren Gatland has revealed he would “absolutely” like to return to the Hamilton franchise next year should the 2021 British and Irish Lions tour to South Africa be cancelled.

Gatland will leave his post with the Chiefs next season to take the helm of the Lions for a third consecutive tour after leading them to a series win against the Wallabies in 2013 and a series draw against the All Blacks in 2017.

He is then expected to return to see out the final two years of his four-year deal with the two-time Super Rugby champions, with Maori All Blacks and Bay of Plenty coach Clayton MacMillan signing a one-year contract to fill the void left by Gatland next season.