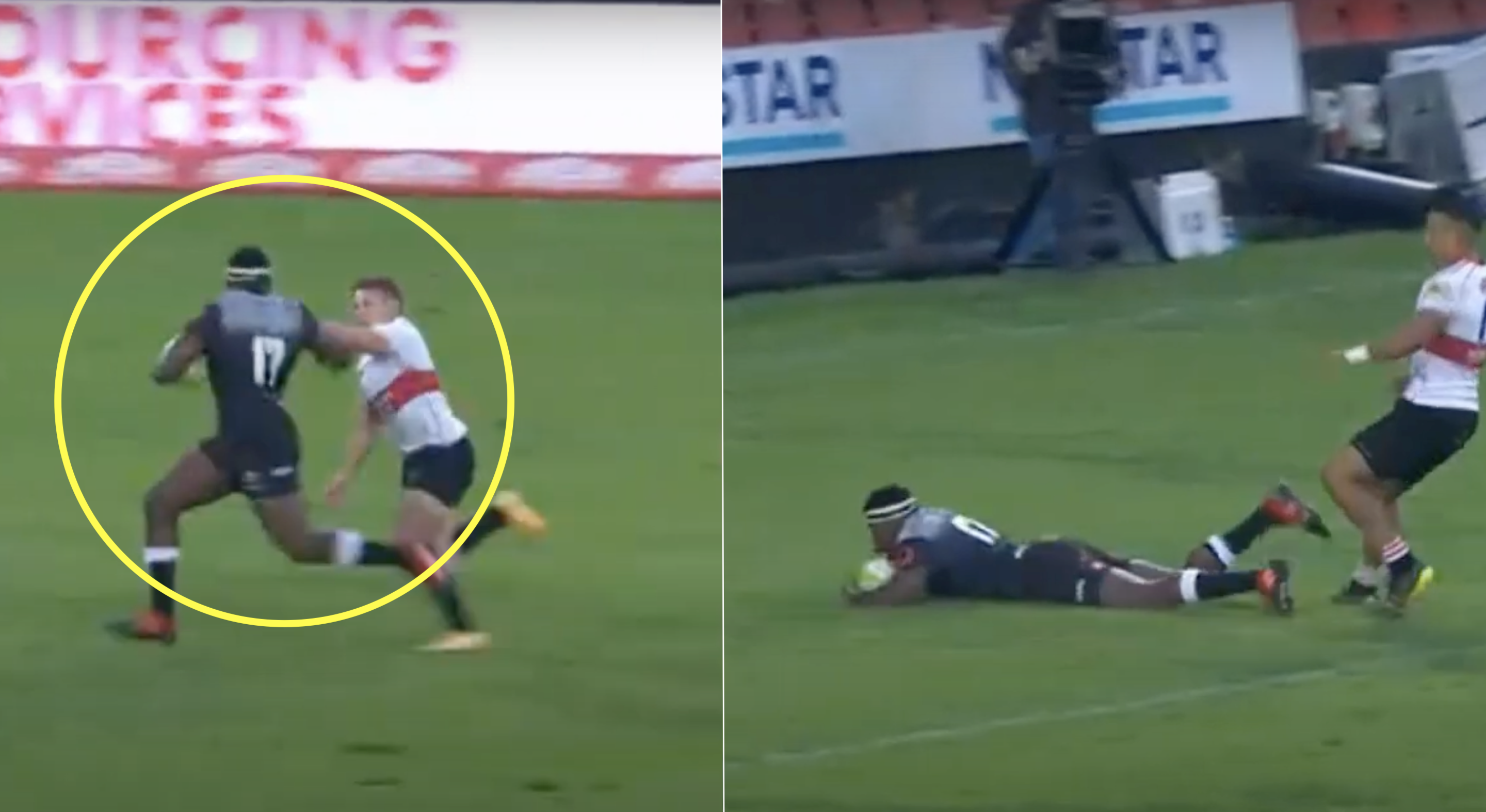 The flying Springboks prop Wales will be on red alert for

Jacques Nienaber has made sweeping changes to his South Africa squad this week ahead of the second Test against Wales, naming six uncapped players in the 23 and seven more who have under ten caps.

This not only means that Wales will not know what to expect in Bloemfontein on Saturday, but neither will the South African coaching staff or fans.

Wayne Pivac’s side will be wary of all the players they are going to come up against, and would have had a taste of what is to come from some of them after playing a season of United Rugby Championship rugby against them. But there are some of these uncapped players that bring a greater fear factor than others. One of those is loosehead Ntuthuko Mchunu.

The 23-year-old Sharks prop starts on the bench against Wales, but they will be prepared to be tested when he comes on. The loosehead has all the power and pace that came from his former days as a loose forward, and he has already given us a taste of what he can bring this season.

His try against the Lions went viral in March as it is something that very few, if any, props in the game can do. The 114 kg forward ran a try in from his own half, beating seven defenders in the process. However, this was not a case of barging through them in a bulldozing run, rather, barely a hand was laid on him as he outpaced all of them.

Wales will know what to expect on Saturday, the question is whether they can stop him or not.