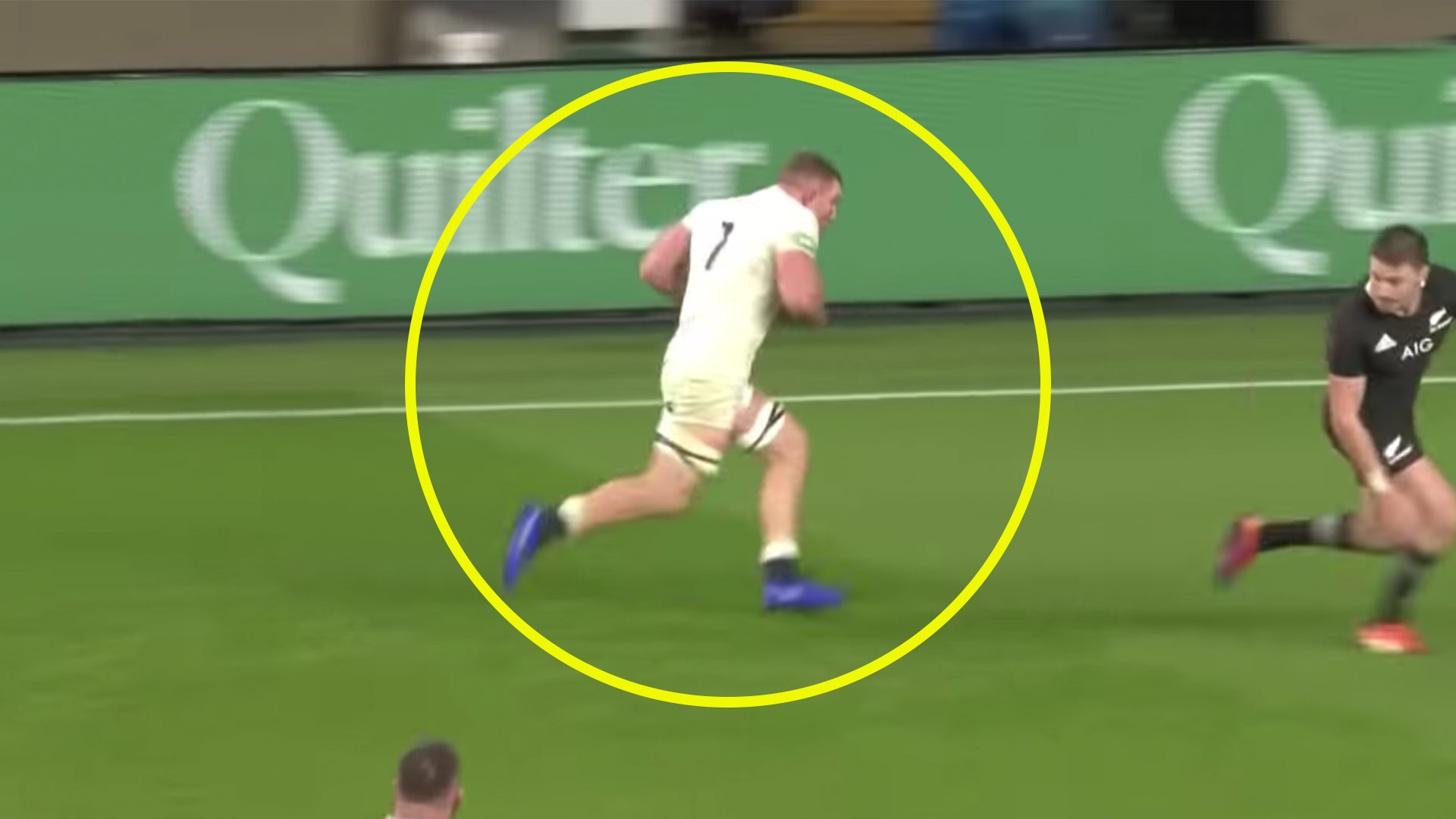 The greatest tries NEVER scored that would have changed rugby forever

Some of these greatest tries never scored would have had a huge impact on the course of rugby history.

These magnificent efforts include what would have been some of the greatest tries ever seen with some incredible length of the field solo scores.

One of the first videos we see comes just from 2018 as England flanker Sam Underhill scored would have been the decisive try in England’s autumn international with New Zealand.

The young back-row wrong-foots the mercurial Beauden Barrett on his way to scoring in the corner only for the play to be brought back for offside.

This would have been a famous home victory for England against the All Blacks.

In this greatest tries never scored reel we have one hilarious submission from the Barbarians rugby team.

The Ba Baas have a penalty in from of the opposition posts and elect to tap and go with all the forwards rushing.

The Barbarians prop hides the ball under his shirt to go through unchallenged and to score under the posts.

Unfortunately, the ref was an absolute killjoy disallowing the ingenious try.

Another incredible try that could have won England a World Cup was back in 2007 as young England centre Matthew Tait almost went the length of the field in the Webb Ellis Cup final.

He ran 45m before until dragged down inches short of the line – then winger Mark Cueto went over in the corner.

His foot was adjudged to be in touch and the rest, as they say, is history.

It’s crazy to think that some of these incredible scores have been largely forgotten due to close refereeing decisions rendering them virtually obsolete.

I wonder how famous Mathew Tait would have become if he had gone all the way and rolled over for the try to win a World Cup?