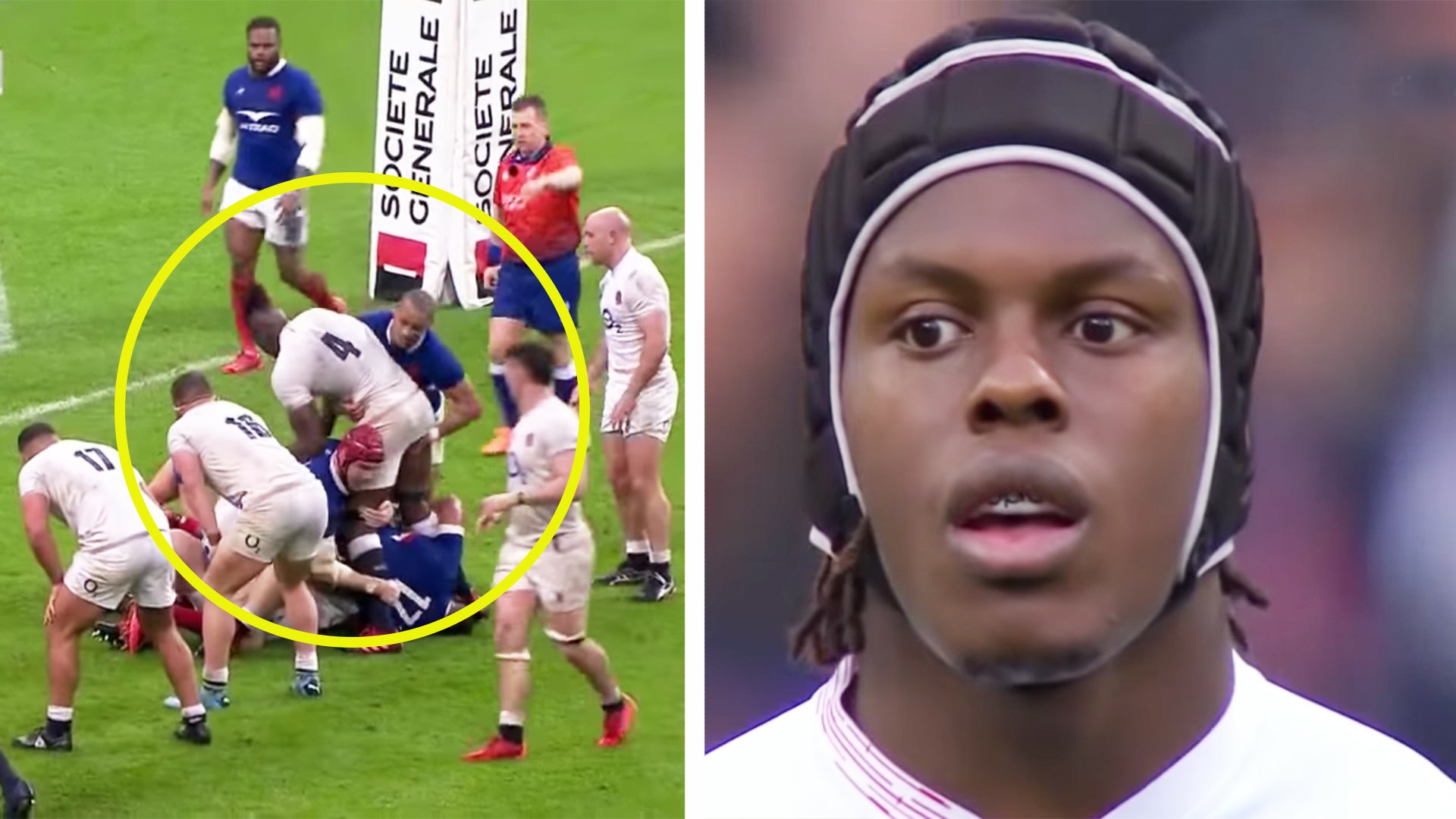 A RO follower has recently pointed out to us this Maro Itoje reaction from this years Six Nations and it certainly shocked us.

The Saracens and England lock has been a household name in test match rugby in recent years and has developed a reputation for being something of an antagonist.

Earlier this year, England came up against a formidable French outfit who were looking to exploit England’s pack – full of players who could potentially be drawn into off the ball battles.

Itoje was a prime target.

The French ran away with a comfortable victory in Paris, under the stewardship of new coaches Fabien Gauthier and Sean Edwards – it was, however, another moment in the match that made headlines.

Early in the second half, we see that the young English lock is having problems with his scrum cap – fumbling to try and attach his chin strap.

The English pack are picking and go’ing towards the French whitewash, hoping to crash over and narrow their losing margin.

Itoje enters the ruck and is swamped amongst a heap of French bodies.

We can make out from the overhead cameras that a player rips off Itoje’s scrum cap throwing it into the in-goal area.

He can be seen appealing to referee Nigel Owens but his complaints are not heard.

The England lock crawls from the ruck to retrieve his headgear only for French winger Vincent Rattez to pick it up and throw it once again deeper into the dead ball area.

We were very surprised by Itoje’s reaction to this act of gamesmanship – this being a player that notoriously is easy to draw into off the ball conflict.

Here is a clip of Itoje’s reaction – don’t you think this is very unlike him?