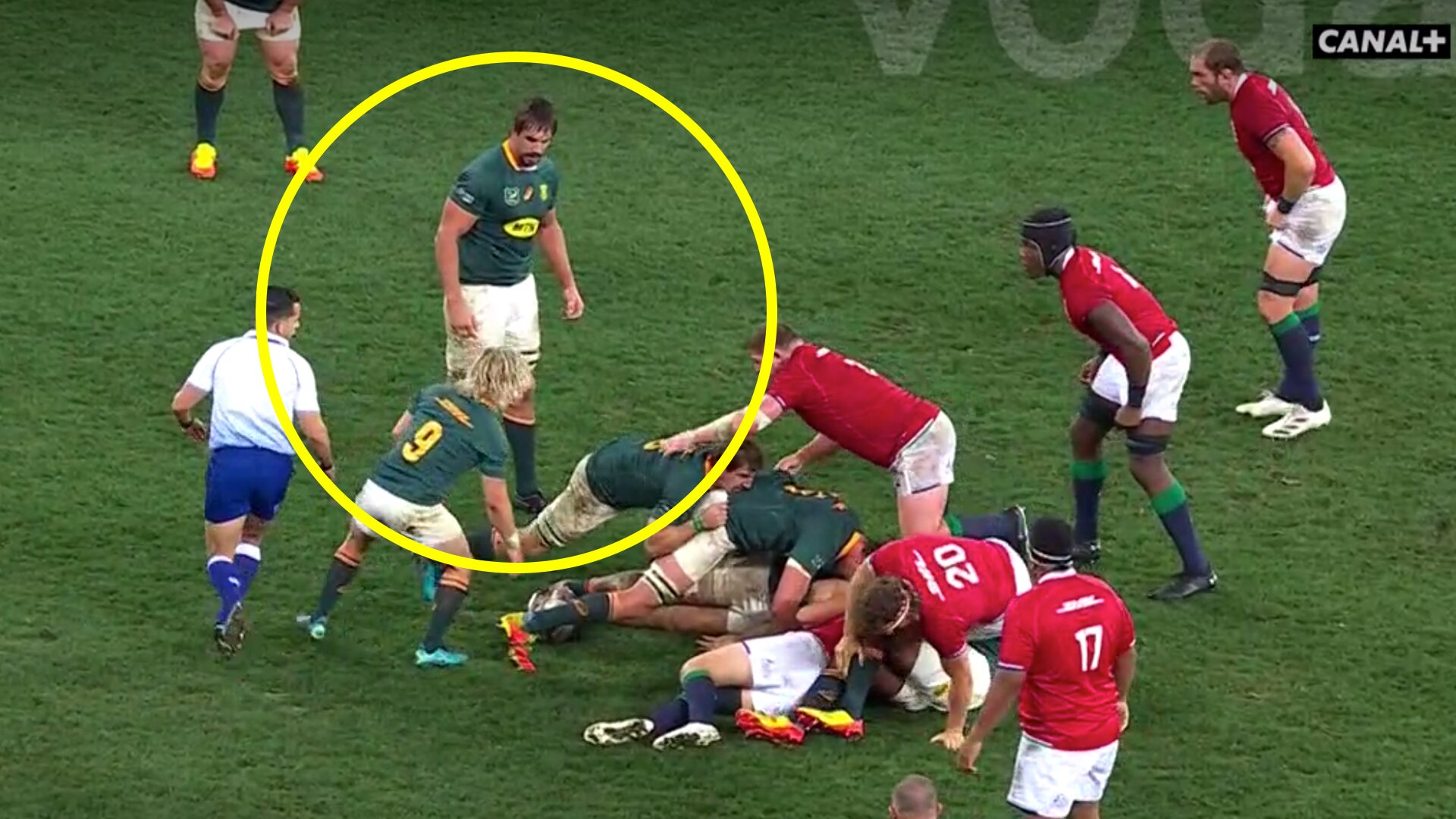 New footage has shown the haunting moment when Springbok man-mountain Eben Etzebeth knew that he was no longer the best lock in world rugby.

Since the World Cup final, rugby fans around the globe have rightly given the South African second-row much praise for his aggressive play style and enforcer role for the men in green.

However, this weekend, it was clear that the baton has been handed over to someone else on the same pitch, Maro Itoje.

The Lions star dominated the South African so much in the game, that memes have already started circling on social media talking about how dominant the Saracens 2nd row was over Eben.

However, there was a key short moment in the match, which told us everything that we needed to know about the shift of power in the worlds of the lock.

In the middle of the second half, Itoje and Etzebeth briefly squared up against each other as Faf de Klerk was about to do one of his signature box kicks.

It is already interesting to note, Etzebeth couldn’t even look his younger counterpart in the eye, he instead opts to try and illegally block Itoje from charging down the kick. 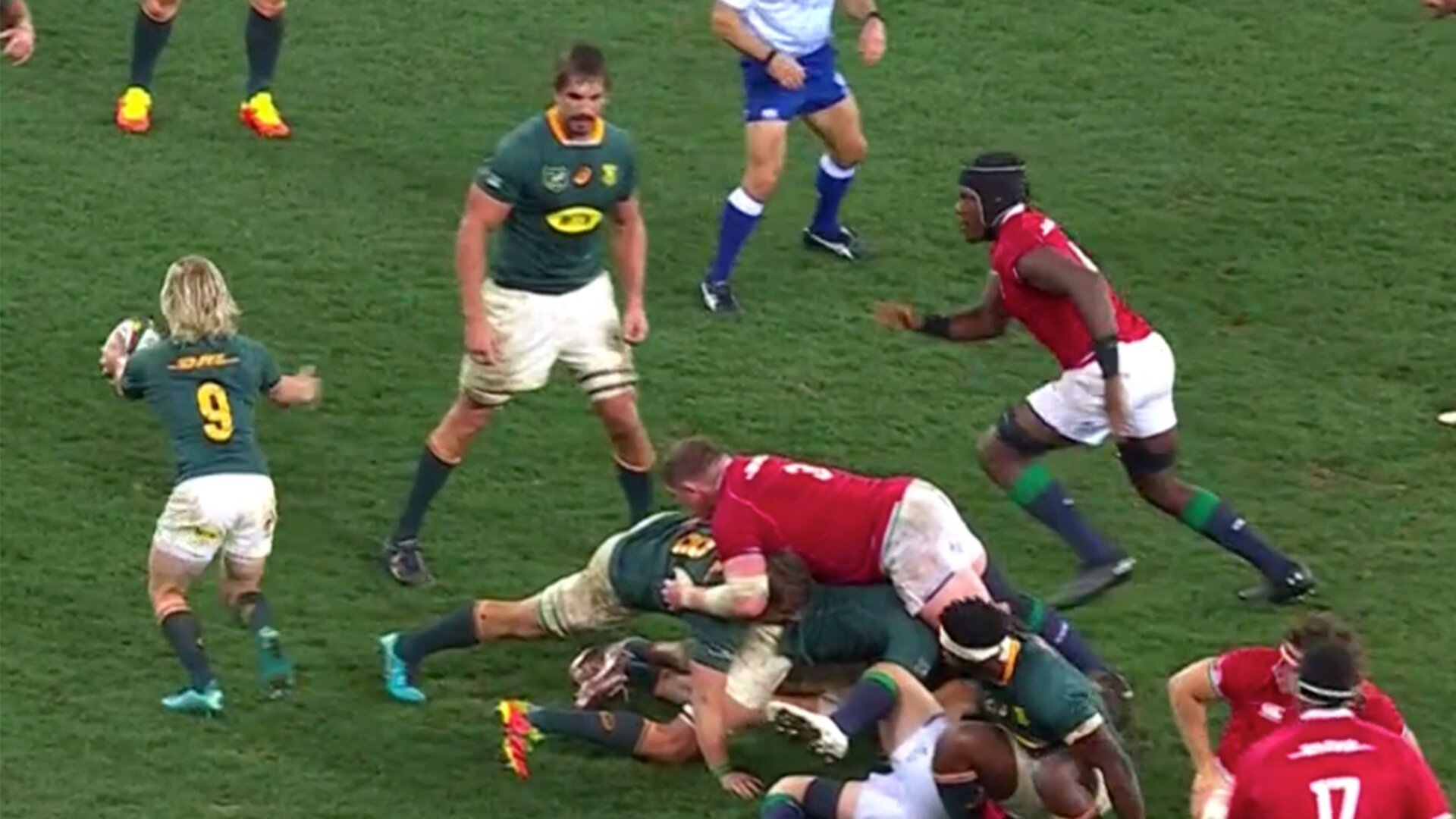 Eben Etzebeth then drops his shoulder at the last minute as he looks to block Itoje from getting through on the 9. Notice how he still can’t look ALPHA Maro in the eye. 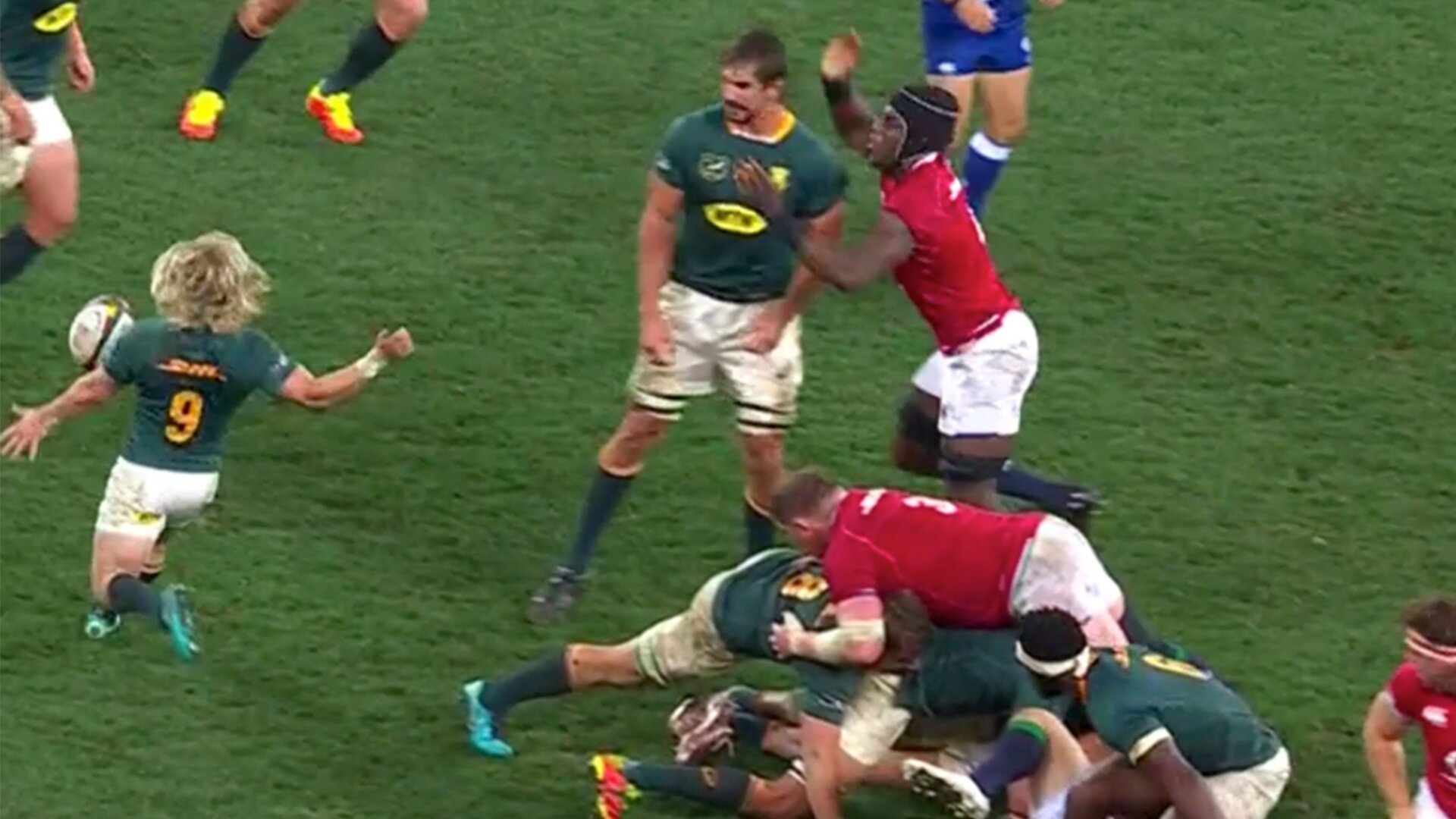 This is the key part here, which is worth everyone taking note.

The South African clearly expects to knock Itoje to the ground here. What he does not expect is to get slammed to the side by the clearly more dominant Itoje, who almost knocks the 29-year-old over himself with his force. 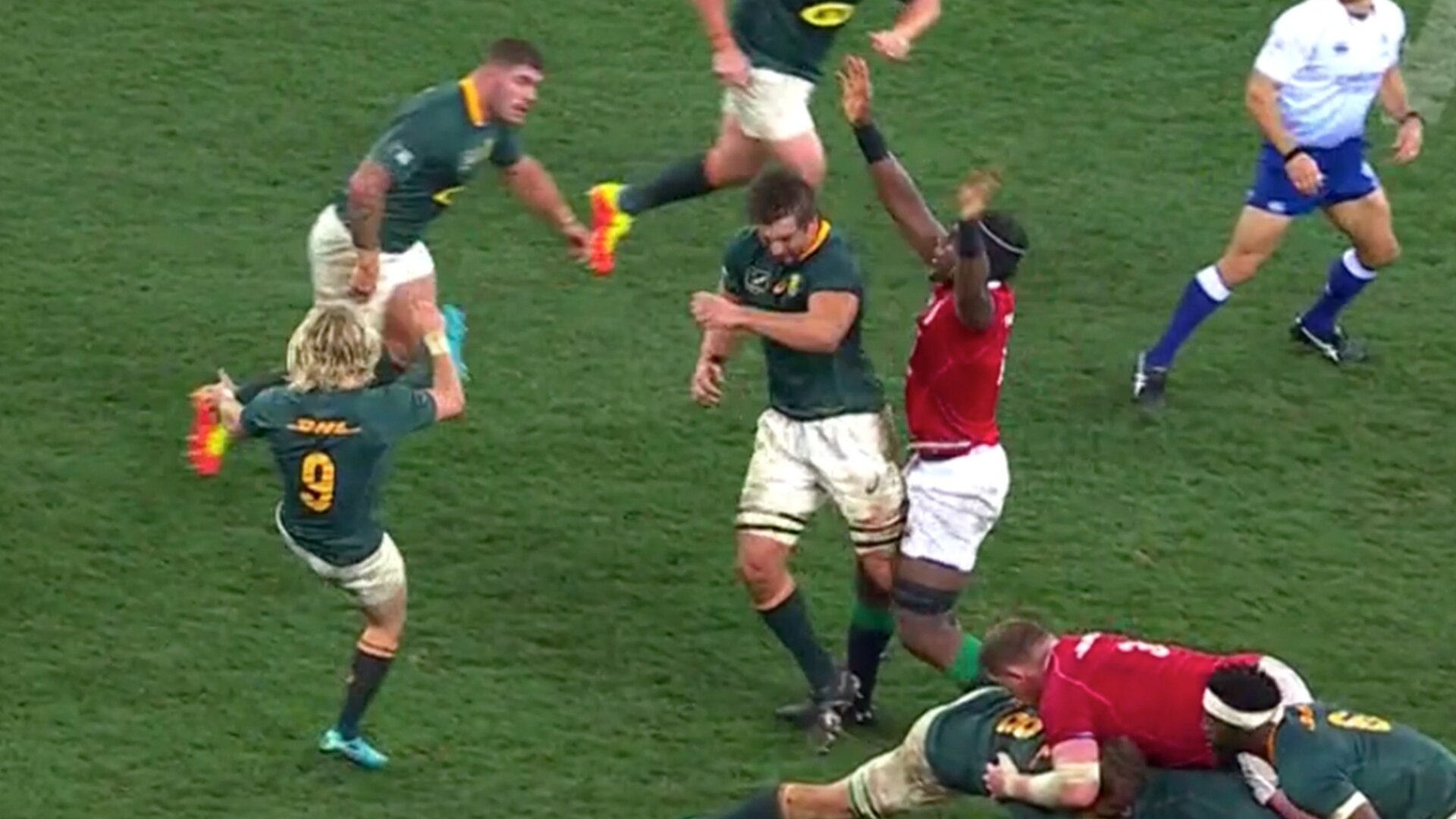 What was even more interesting to note is the lack of aggression from Etzebeth after this incident.

A new power has risen, the age of the Maro has begun.