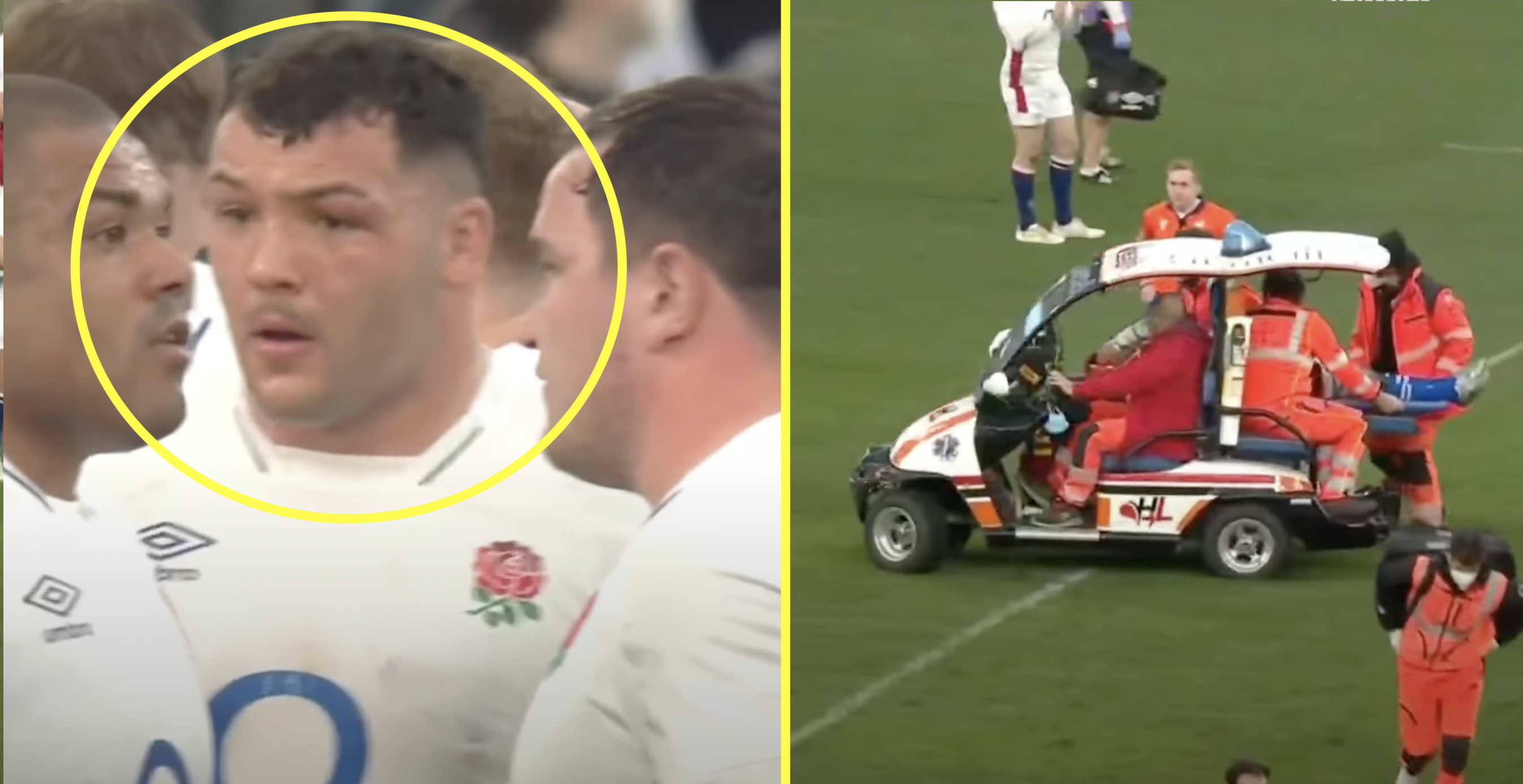 The heroic moment that England prop Ellis Genge came to the aid of Italy loose forward Sebastian Negri after he had fallen unconscious has been shared online this week.

The 110kg forward collapsed to the floor on Sunday at the Stadio Olimpico after a head collision, and immediately started choking. Genge acted swiftly and called for medical attention, and the Italian was soon treated and stretchered off. The Englishman sent a message to Negri on Twitter after the match, who responded by thanking him profusely.

“The travelling England Rugby support was amazing again, I’ve been told Sebastian Negri is up and about which is the most important take away from today, enjoy al’t best, yours truly – NASA,” Genge wrote.

“Thank you so much Ellis Genge,” Negri replied. “Appreciate all you did. You are a top man. All good this side and feeling a lot better. Wishing you and all the England Rugby lads all the best for the rest of the Six Nations Rugby. Catch up with you soon, Safe travels back home today.”

Footage of the incident has been shared on YouTube, and Genge and the whole medical team should be commended for how quickly they dealt with the incident. Take a look.:

Genge has spoken about the entire affair in more detail this week.

“I heard him choking so I gave him a slap to see if he reacted,” Genge said.

“He just carried on choking so I didn’t know if he had swallowed his tongue – that’s why I tried to roll him on to his side.

“I’m not a master in medicine, but I’m pretty sure you are supposed to put them in the recovery position so I tried to do that. I was quickly ushered away by the medics so I let them just carry on.

“It’s horrible when that happens. I don’t know Seb very well personally, but a lot of my friends played at Hartpury College with him and apparently he’s a lovely bloke.

“He’d just come on and he’s a big player for them and for that to happen wasn’t nice to see. I hope he’s well. I really do. I really don’t like seeing people being hurt like that.

“When you are on the pitch you think rugby is the be-all and end-all, but you are definitely brought back down to earth quickly and realise reality when something like that happens.”