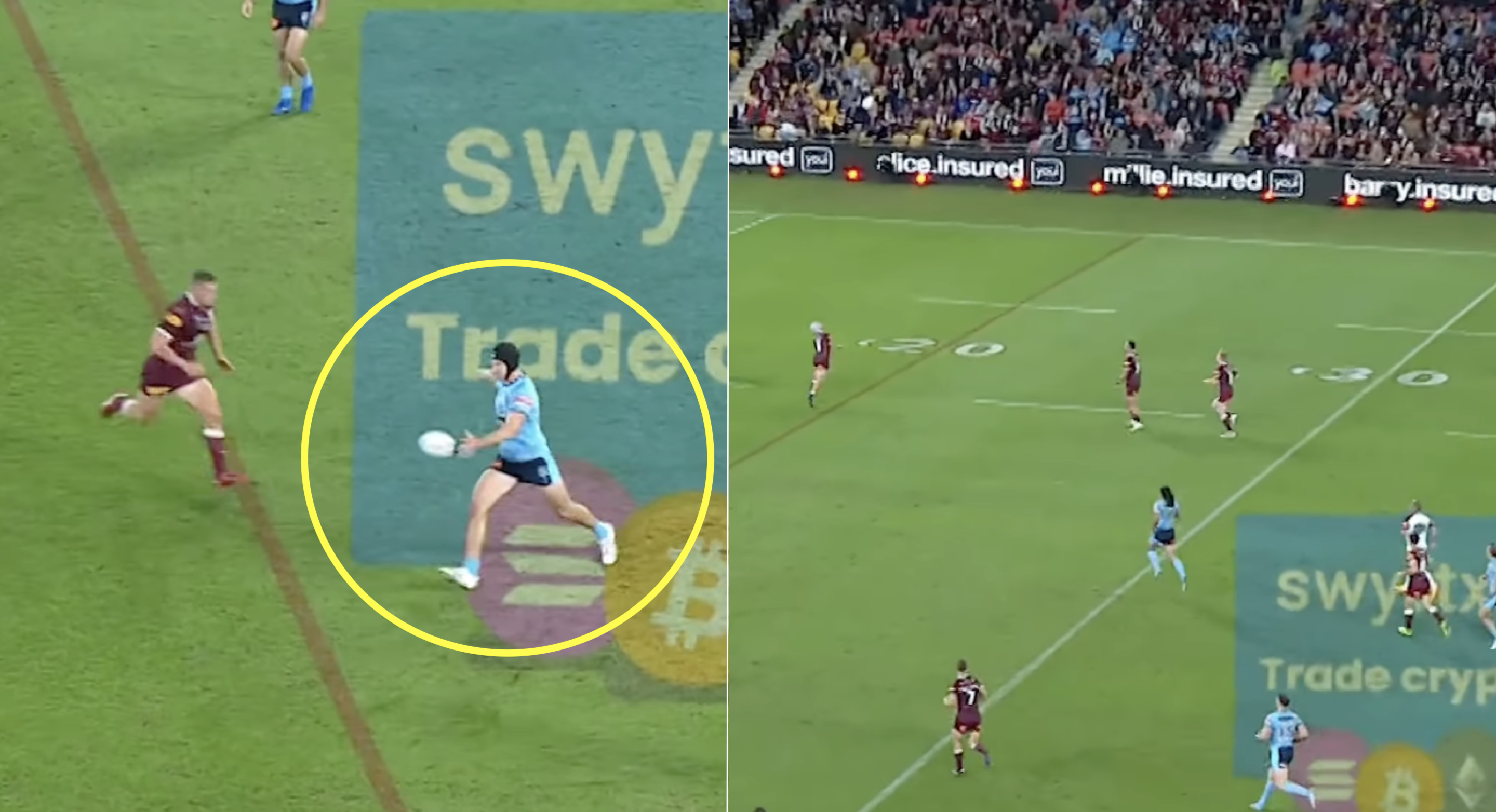 The highest kick in rugby history has been recorded

When a kick leaves a fullback stumbling to the floor as they try and work out where it is going to land, you know it has gone pretty high indeed.

That is exactly what happened in the State of Origin on Wednesday, in a kick that commentators called the highest kick in history, and they might just be right.

New South Wales’ Matt Burton was the kicker, who put up a left footed bomb in the series decider against Queensland that left his opposing fullback Kalyn Ponga hopelessly stumbling on the floor.

The kick was so high that it genuinely looked like it went over the stadium lights at the Suncorp Stadium. Burton had actually produced a similar kick in the first match, but this one was on another level completely, and Ponga can hardly be blamed for failing to retrieve it.

It is hard to argue with the commentators here that this could be the highest kick in history.