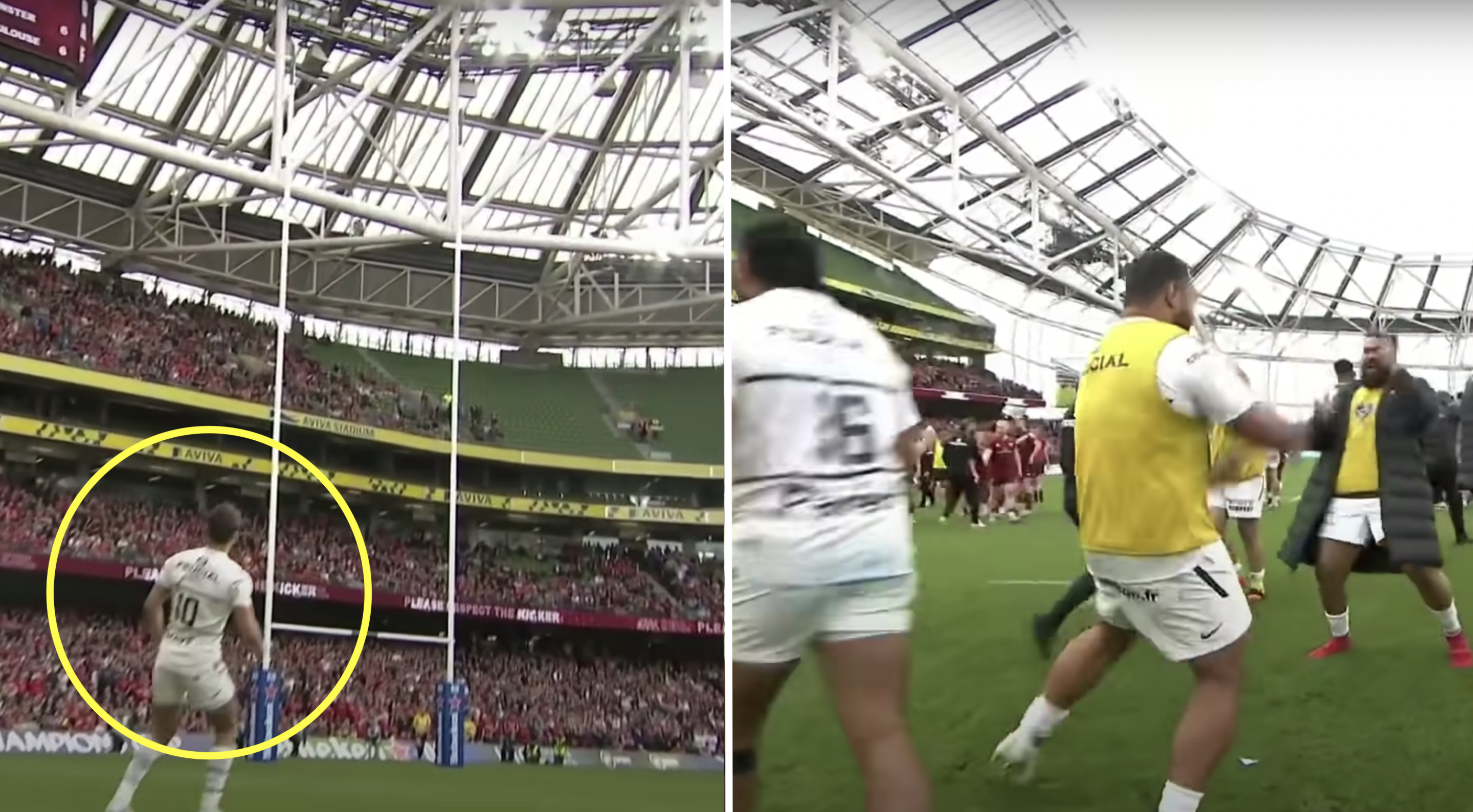 The hilarious penalty shootout gaffe that went unnoticed at the time

Toulouse No10 Romain Ntamack only had the unpleasant experience of taking one kick in the agonising penalty shootout on Saturday due to the number of missed kicks by Munster, but he packed a lot of drama into that one kick.

But there was one moment in the Heineken Champions Cup quarter final shootout that went unnoticed at the time on TV, but has been picked up since then, however, many viewers may have noticed it at the time. It came as Ntamack kicked his goal, which was the third in total out of six. After getting it on target, the 23-year-old then turned around with his arms aloft as if he was expecting his entire team to rush to him in celebration.

Ntamack has since told Rugbyrama that he thought that was the final kick of the shootout (as Munster had already missed one) and thought he had won it. That explains the celebration, although some at the time may have thought he was just supremely arrogant. He said: “In fact, I knew that we kicked on the sides but I believed that there were first the first three kicks and, according to their successes, we then went for the forty meters. But apparently not (laughs). When I raised my arms, I saw that no one was moving. I was a little uncomfortable, especially vis-à-vis the Munster. I thought it was over, and apologized to the players at the end.”

Brian O’Driscoll was one that picked up on this, and highlighted it in the BT Sport studio this week. The shootout format at the Aviva Stadium was different to the one European rugby witnessed between Cardiff and Leicester Tigers in 2009, and O’Driscoll said that it was “hilarious to think that even the kickers didn’t truly know what was going on.”

We’re 99.9% sure that Romain Ntamack thought he had won the shootout for Toulouse! 😂#HeinekenChampionsCup pic.twitter.com/sVomFVqrw2