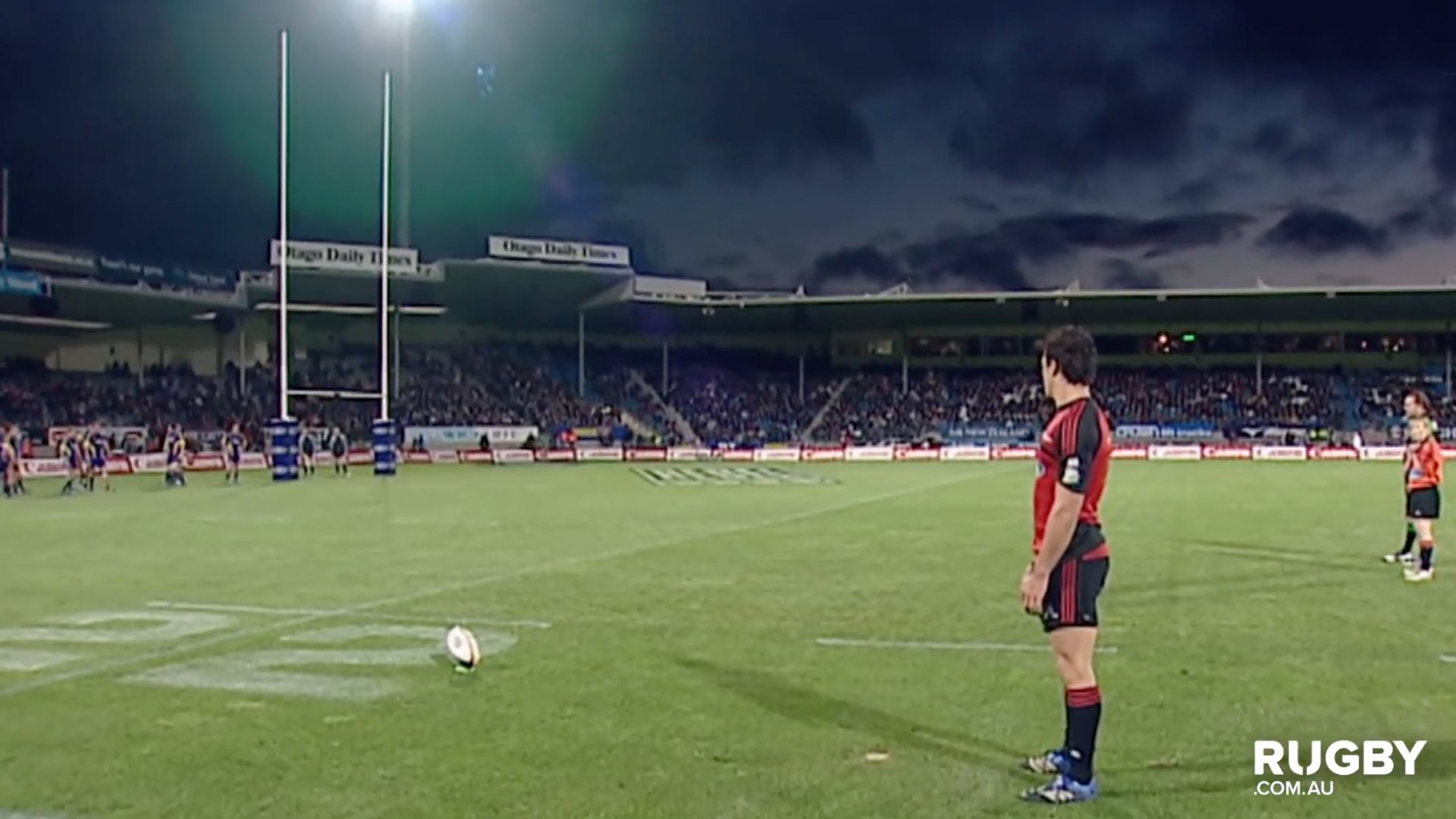 Finally! Full HD footage has been released of an impossible Dan Carter kick back in 2007 which made rugby fans realise that he truly was one of a kind in our sport.

The kick comes from 2007 in a Super Rugby match against the Highlanders.

The All Blacks legend was just 25 at the time and he was hitting his prime in the sport. This kick was so iconic for so many rugby fans because of the impossible angle that Dan Carter managed on the kick.

The kick is remembered by many rugby fans when they think of Dan Carter. The problem with this kick is that it has spent years online being only viewable in grainy old footage where the kick is hard to properly see it.

Many rugby fans comment on how the wind managed to perfectly pick up the ball, questioning just how Carter knew the ball would be able to pick it up from that angle.

It is a kick that is remember in rugby folklore as one of the best kicks of all time!

Just take a look at the kick they call impossible!

The comments under the video are hilarious!