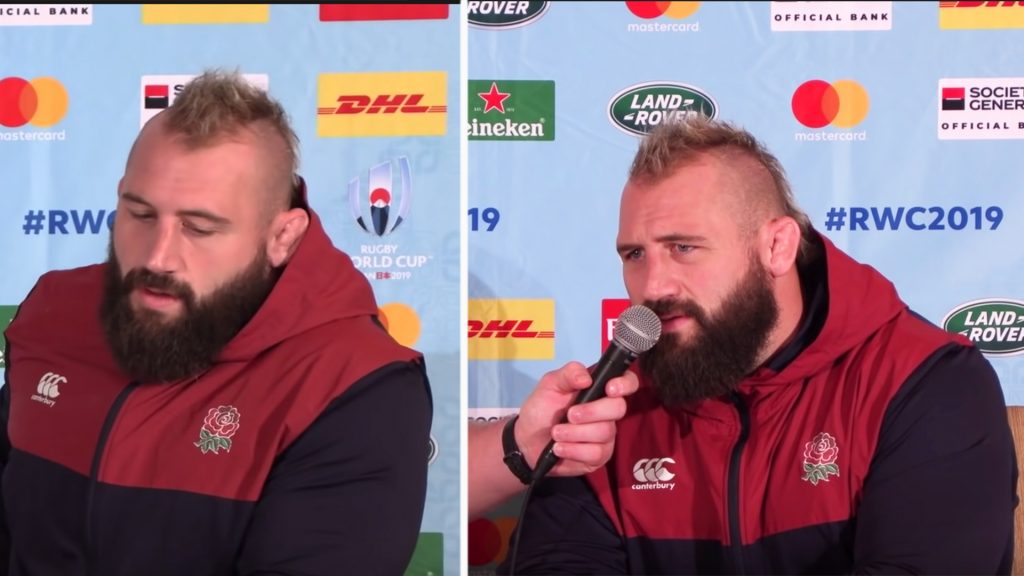 Joe Marler has been effectively exiled from the rugby world. Exiling Joe Marler means we have lost so much from the sport. After a tumultuous week for the England prop, after groping Alun Wyn Jones, he has received a 10-week ban from the sport.

Marler decided to then delete his Twitter this week in what seems to be an admission that he has had enough of the sport that so earnestly threw him away.

The Harlequins front row will almost certainly step away from International duty forever now after this backlash from the wokerati online.

A video that has resurfaced online truly shows why we are losing a gem from the sport of rugby.

Marler is undoubtedly a big character in the sport of rugby, and this video from a press conference in the 2019 Rugby World Cup shows that.

Joe Marler and Dan Cole spoke to the press ahead of their Rugby World Cup final against South Africa on Saturday.

Fans loved this side of the props…