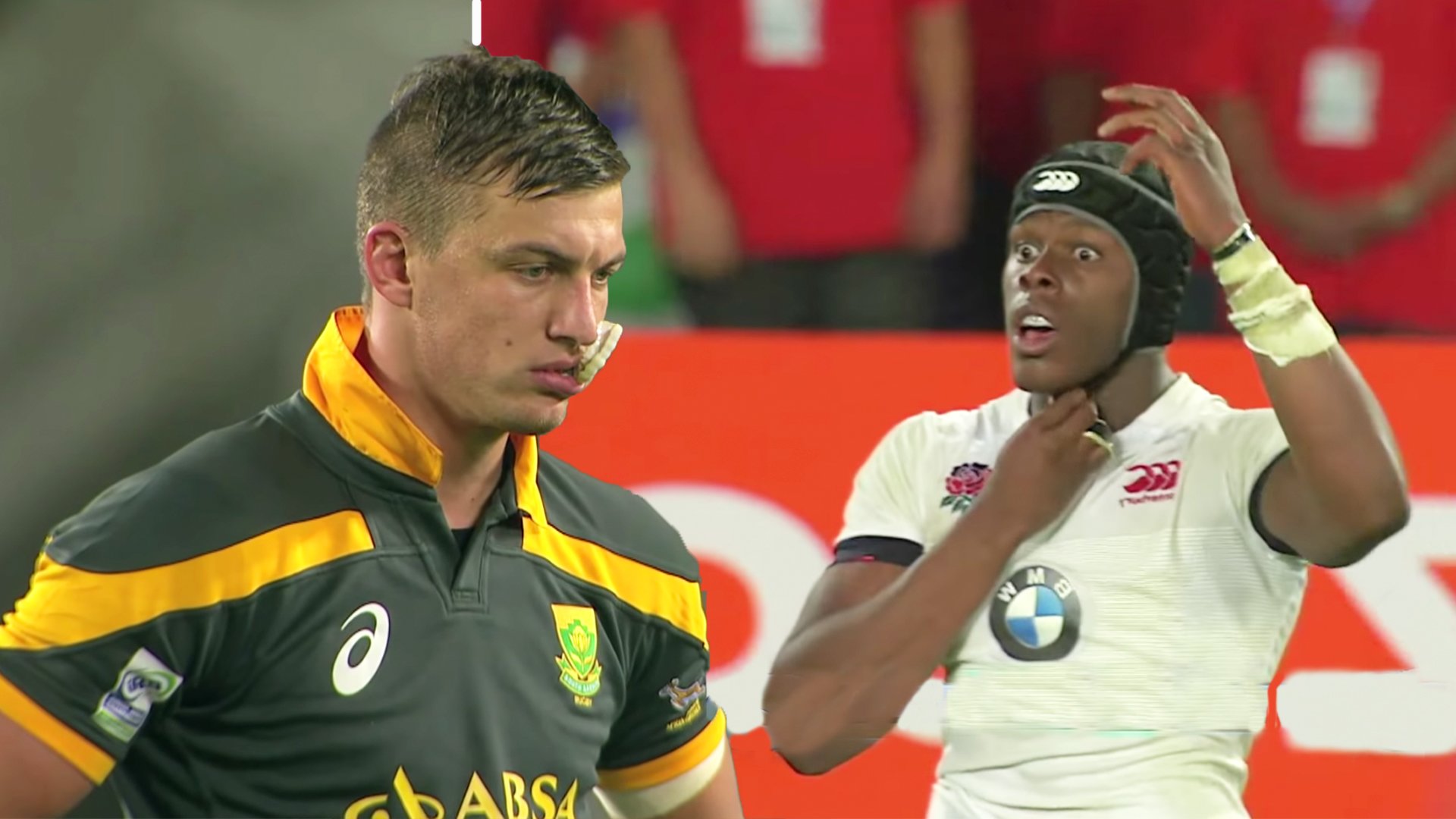 We’ve been sent in this incredible footage of the Junior World Cup final from 2014 and boy was it some match.

The teams were led by Handre Pollard and Maro Itoje in what was a  prelude to last years Rugby World Cup final in Japan against the men’s senior sides.

This really is amazing footage

Good on ya Faf

Both sides were star-studded with Pollard, Jesse Kriel and Sergeal Peterson lining up for the Boks and England’s side had some big names of their own with the likes of Maro Itoje, Ross Moriarty and Nick Tomkins in their ranks.

The showpiece final, held at Eden Park, started off as a cagey affair with fly-halves Billy Burns and Pollard exchanging penalty kicks to keep the scores level.

The breakthrough came from Springbok World Champion Jesse Kriel who chased and gathered a beautifully weighted Pollard kick to run in the matches opening try in the first half.

The English replied with another long-range kick of their own before launching more assaults into the South African half.

We see as Saracens and now Wales centre Nick Tompkins makes a break through the middle before being dragged down inches short of the line.

England then recycle the ball quickly to throw it wide and score through winger Nathan Earle.

The men in white extended their lead with another penalty kick before Handre Pollard cut the deficit late in the second half with one of his trademark long-range goal attempts.

England scored another well-worked try through the forwards leaving the Springboks with a mountain to climb with the clock ticking.

Jesse Kriel showed his class once again with a sublime solo effort to bag his second try of the match – bringing the Baby Boks to within one point of their opponents.

England held on to win the final 21-20 – sparking scenes of pandemonium on the final whistle.

We watch captain Itoje falls to his knees in wild celebration as a dejected Pollard can only look on in stunned misery.

It’s clear to see that this moment would have stayed with the Springbok fly-half all the way to fateful Japan World Cup.