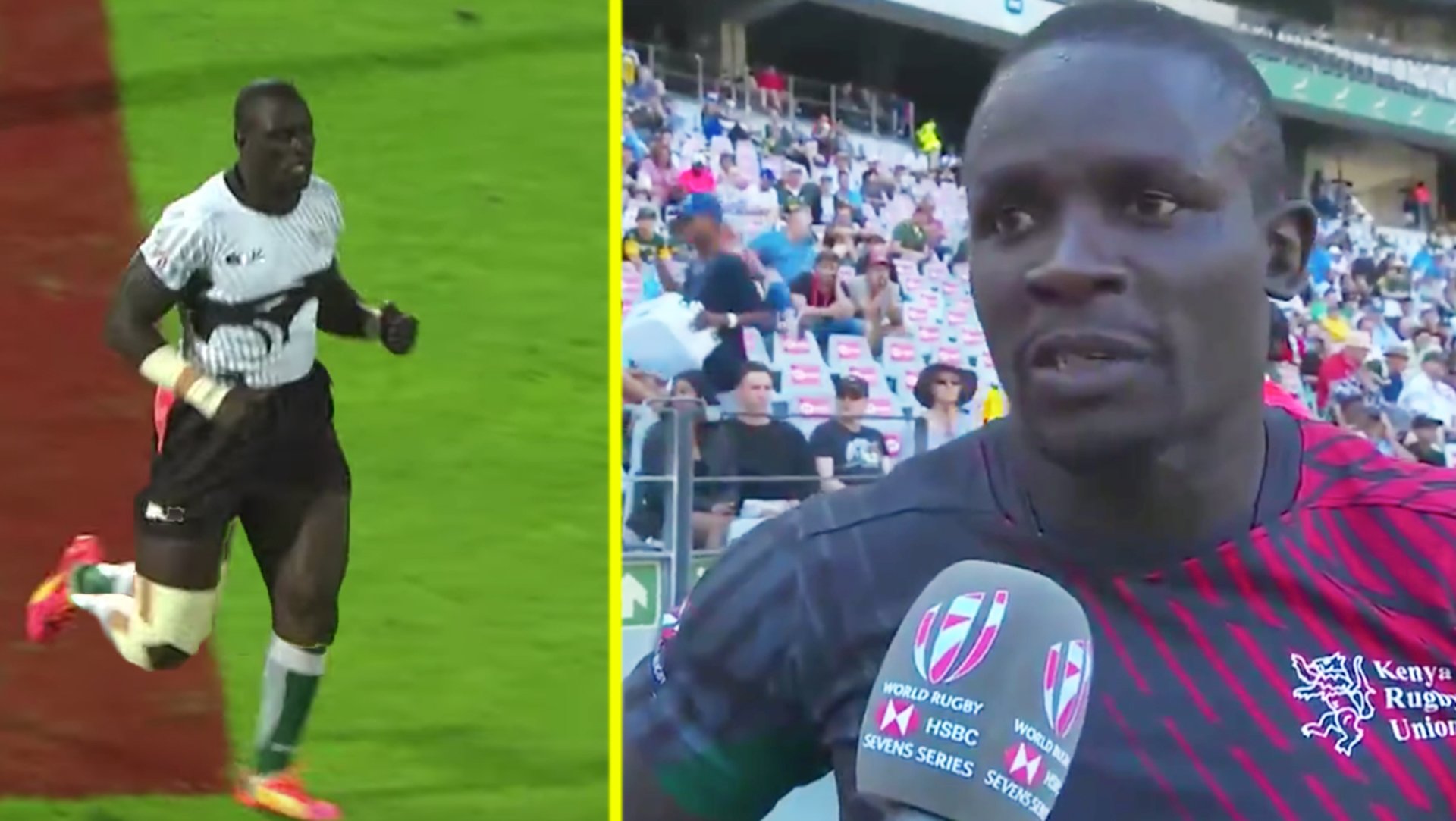 Look at the massive size of the lads, and they’re incredibly skilful as well! Sevens is back and it’s been a year for the Blitzboks as they won the tournament in Dubai last weekend.

This week it’s the Cape Town Sevens, and Kenya are getting all the attention this week thanks to the sheer power of of their team. For the past two weeks, clips have emerged of the team dominating others and it’s truly impressive.

This was what they did last weekend with their star man Alvin Otieno fending of man after man for an incredible try.

This weekend, Otieno earned himself the Nickname, BUFFA because of the massive hits that he has been putting on in the series so far.

His team has been raving about him so far, speaking about the seismic effect that he has had on the series so far.

"Buffa is a character that has come in and changed everything…"

Today he smashed through a whole host of Samoan players on the way to a try for the team and players have been raving about how dangerous the team has been so far.

The praise has been rolling in for Buffa today.

This man is a beast

Somebody check on those guys are they okey

Power house
Here are the clips of the team in action today and it’s a testament to how massive the team are this year. Just goes to show in sevens size is still important.

Coaches Allan Bunting and Cory Sweeney have made two changes to the side that won the Dubai crown last weekend.

Experienced winger Shakira Baker has returned to New Zealand with a knee injury which makes way for Bay of Plenty teen Mahina Paul to make her Black Ferns Sevens debut. The other change sees Risaleaana Pouri-Lane come into the playing 12 in place of Tenika Willison.

The tournament is the first back to back series event for the Black Ferns Sevens which has meant a different week of preparation.

“It has been a different week for us, first and foremost the focus has been around recovery and doing that well. We aligned with the men to learn from them around how they prepare and making sure we are physically in a place where we can perform again this weekend,” said Co-Coach Cory Sweeney.

“Mahina has had limited preparation, only arriving in South Africa a few days ago but she has worked hard and is chomping at the bit for her opportunity. Bringing Risi into the playing 12 is another chance for us to build depth in the squad by giving her game time.”

The Black Ferns Sevens are excited about playing at the Cape Town Sevens for the first time and know to expect a big, vocal crowd.

“The team is excited about the atmosphere and passion that the South African people bring to the tournament. This is another opportunity for this team to inspire women around the world and they can’t wait for it,” said Sweeney.

Sweeney, who along with Co-Coach Allan Bunting, was named New Zealand Coach of the Year at last night’s ASB Rugby Awards as well as the Black Ferns Sevens team picking up the Team of the Year for the second year in a row.

“It was an amazing night for the team and great recognition of the amazing people we have in this programme that are doing what they love to do on a daily basis,” said Sweeney. massive massive massive