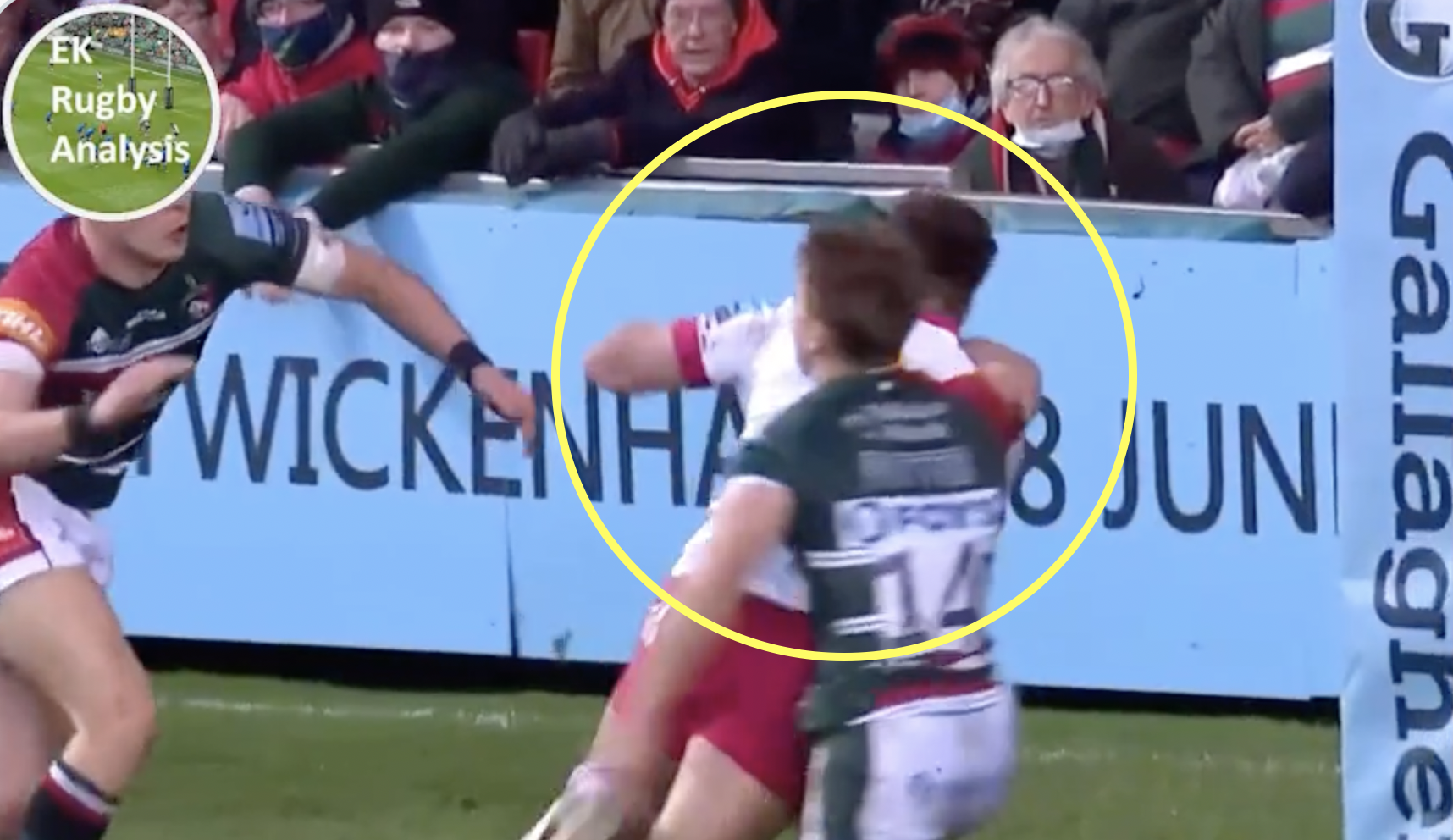 The laws of rugby seem to change so often that many fans are left struggling to keep up half the time, and Sunday’s encounter between Leicester Tigers and Harlequins was no exception.

One particular moment that may have left many fans confused was what looked like a high tackle by Tigers winger Harry Potter on Huw Jones as Quins were peppering their line in the first half.

While it looked like a ‘seatbelt tackle’ (which has usually resulted in a penalty), EK Rugby Analysis recently outlined in a video how a law change earlier this year has meant the tackle was legal. This shows how a particular type of tackle went from being legal to being illegal, to being legal again, which is why many fans may have been scratching their heads.

This is what the video said: “In an era where the high tackle is (rightfully) refereed more closely than ever, Leicester versus Quins threw up an interesting legal situation that left some confused after Harry Potter performed what looked like an illegal tackle to prevent a try but was awarded a turnover by the referee. To explain, here’s the old law: ‘High tackle with first contact above or over the shoulder of the ball carrier, but without contact to the head or neck of the ball carrier during the execution of the tackle (seatbelt tackle). Sanction: Penalty.’

“However, since March, referees have been given a new guideline for ‘seatbelt tackles’ that where the tackle is above the shoulder-line, but there is no contact above the head or neck, the referee can call ‘play on’ and it is no longer deemed a penalty offence. There’s still a very fine line between getting the tackle right or wrong but as Potter shows here, keeping up with the laws can make all the difference.”

Here’s a quick laws video explaining a refereeing decision from the Leicester-Quins game that may have taken some by surprise as World Rugby look to add more nuance to the high tackle guidelines.#RugbyLaws #RugbyAnalysis #GallagherPrem pic.twitter.com/rgofjPHkFd