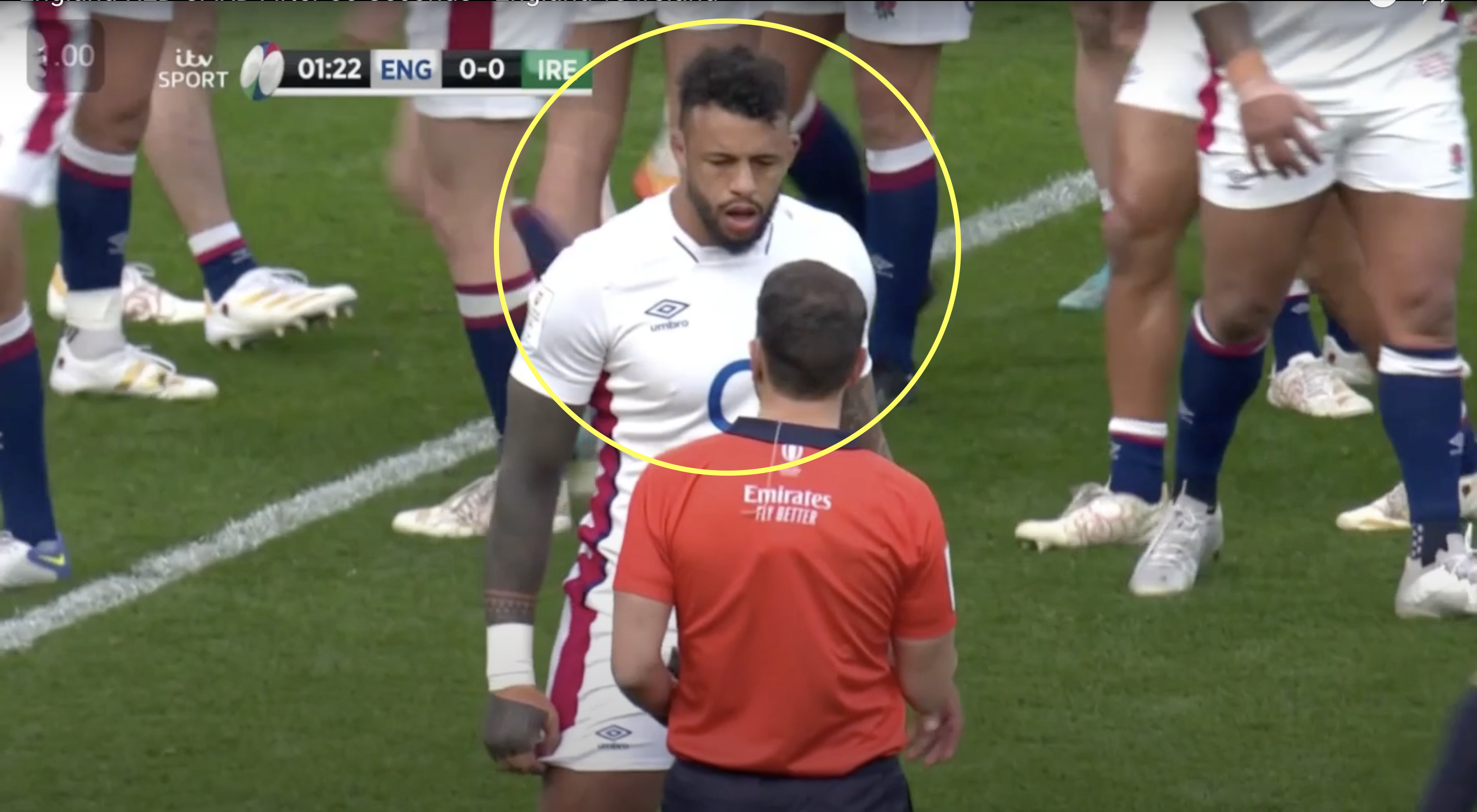 The major positive England fans are taking from loss to Ireland

Eddie Jones is criticised a lot for playing players out of position, but he may have been taught the ultimate lesson against Ireland at Twickenham.

This is concerning Courtney Lawes, who, after being named at blindside flanker, played the majority of the match in the second row after a red card to lock Charlie Ewels after 82 seconds. What came after that was a scrummaging masterclass from England, where Ireland barely won a scrum all day. To make matters worse for the victors, Jack Nowell was playing at flanker.

Since then England fans have been calling for Lawes to start in the second row all the time, a position that many think is his best position and one that he has played the majority of his career in.

Not only did the England captain clearly show what an asset he is in the scrum when playing in the second row, but this would open up a back row position for one of England’s many talented loose forwards, be it Alex Dombrandt (to start), Sam Underhill or Alfie Barbeary.

While this was a loss for England, this is one huge positive that fans are taking not only for France next week but looking ahead to the 2023 World Cup.

ENG are accidentally finding that Lawes/Itoje was their best lock combination all along. Manful performance from 7 man pack. Bring back the kamikaze kids in the back row. #ENGvIRE

The fact we played better without Ewels shows something about how much of an empty shirt he is. Who knew Courtney Lawes was a Test class lock and not a 5.5 blindside?

Maybe we should play Lawes in the 2nd row every game? 🤷🏼‍♂️ #scrumdominance

Given the England second row, bar Itoje, is weak at the moment, and the back row is strong (Barbeary, Willis etc plus those in the squad), why isn’t Lawes used as a second row routinely?#EnglandRugby

No coincidence that Lawes is forced back into the second row after the red card and the England pack/scrum dominates. Would love for him to stay there with Itoje for the French game. https://t.co/bynKk6s7Z9

Lawes and Itoje second row next week, and go full fuck it and start Dombrandt, Simmonds and Barbeary as the backrow. #ENGvIRE