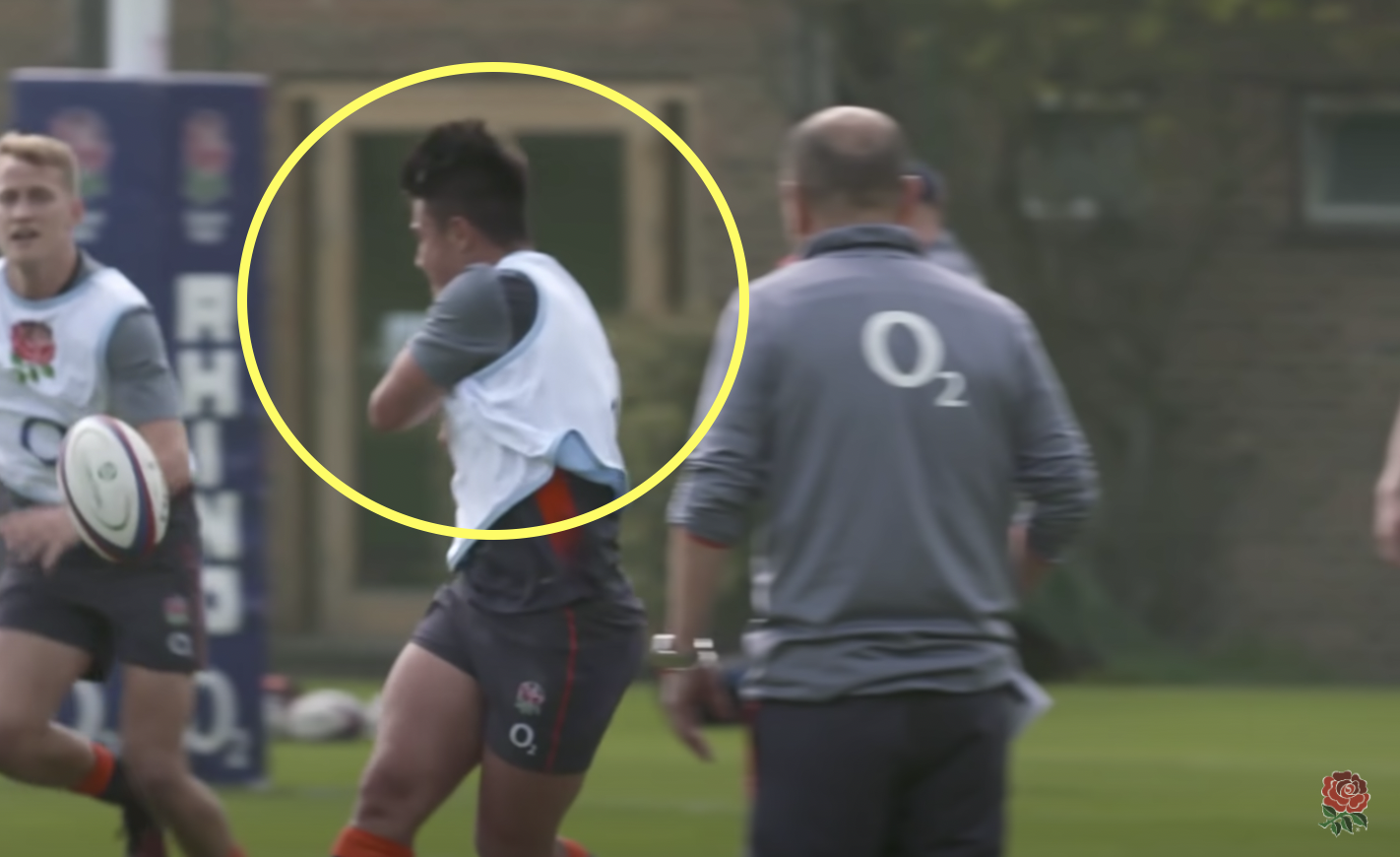 Eddie Jones has made some odd calls during his time as England coach that many people have seen as downright wacky- some have paid off and some have not.

But there was one call made five years ago that comes close to showing that the Australian has the superpower to see into the future. That is concerning current England fly-half Marcus Smith, and the England coach’s decision to have him train with the team back in 2017.

Smith, now aged 22, was at school at the time, and was invited to train with the then Six Nations champions who were training at his school, Brighton College. Since then, the No10 has not only gone on to win a Premiership title with Harlequins and play for the British & Irish Lions, but he has developed the status as England’s biggest hope in a generation.

Footage of this training session back in 2017 was shared on England Rugby’s Inside Line- The Next Level, where Smith described the experience, particularly the advice he received from his current teammate George Ford. As far as foresight goes, a lot of credit has to be given to Jones here for spotting a future star.

Though it may have taken a while for Smith to break into the England XV, and Jones received a lot of flack for that, this is evidence that Smith was on his radar for a long time.

“I was lucky enough a few years ago to be invited to train with the England team when I was at school,” Smith said.

“That was an amazing experience, I still remember leaving my maths exam slightly early to train with the boys and I was a bit like a rabbit in headlights. Playing and training with some of my idols was amazing and to be here again a few years later, some of the faces at school haven’t changed, the field definitely hasn’t changed as well so to be there running around now I’m a bit older is good fun.

“I think I remember Eddie telling me just to keep enjoying my rugby, keep working hard on my basics, my running game, my kicking game and my passing as well as my tackling, and get obsessed by it, which is pretty easy for me because I love my rugby.”