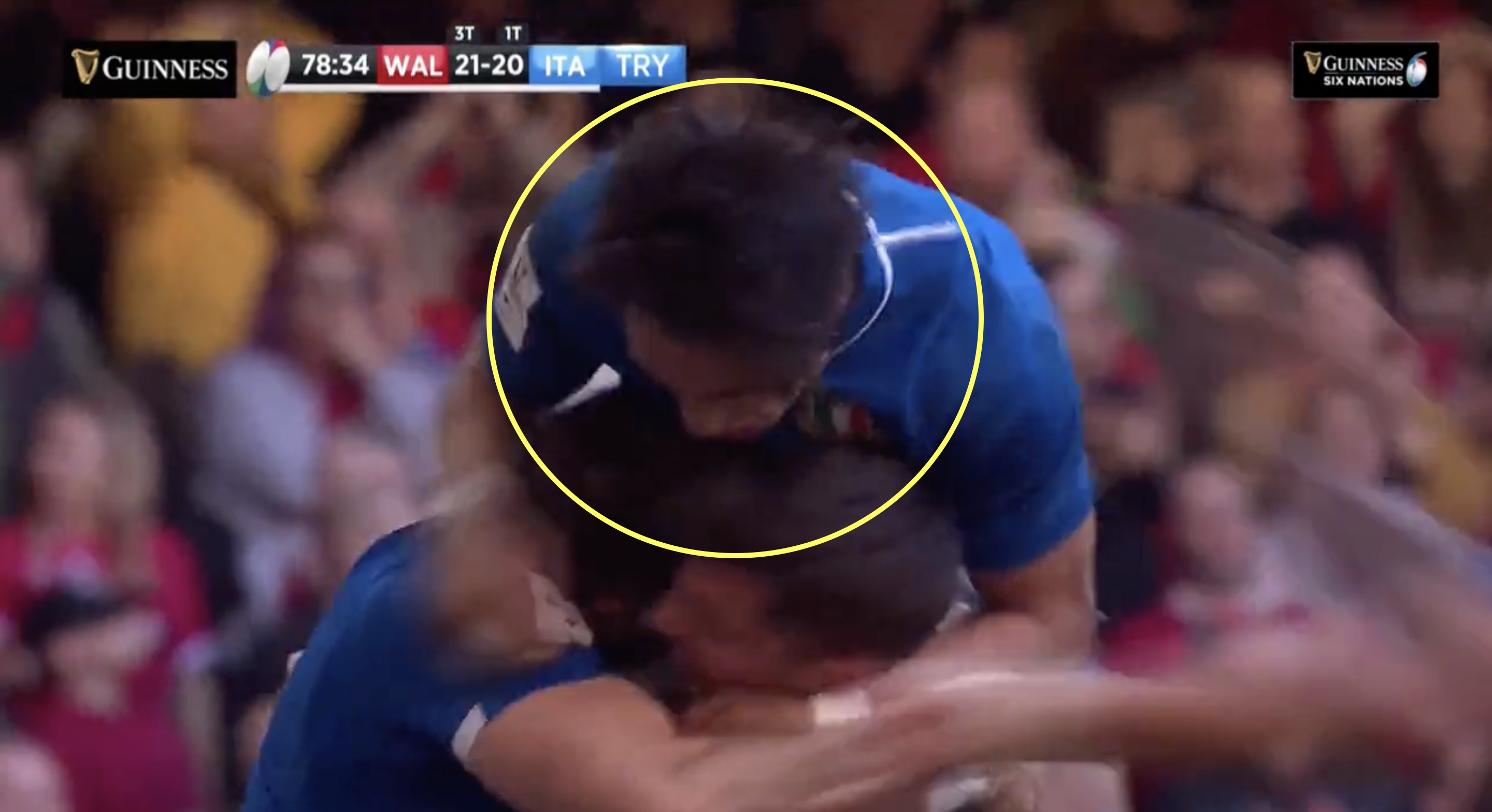 Remember the name Ange Capuozzo. After a two try debut for Italy last week against Scotland, the fullback etched his name in Six Nations history today.

With seconds remaining at the Principality Stadium with Wales leading 21-15, a long box kick went to the 22-year-old fullback. It looked as though Wales would defend their way to a narrow lead with a strong kick chase but Capuozzo had other ideas.

He jinked his way through the first line of defence before unleashing a savage step to leave Kieran Hardy on his backside. Then it was just a simple pass to his winger Edoardo Padovani to run under the posts and leave a simple conversion to give Italy the win.

Capuozzo had already shown his class earlier in the game when he stepped and offloaded behind his line to put Monty Ioane, which launched a brilliant counter attack.

This was Italy’s first win since 2015 in the Six Nations and it came in truly epic style.