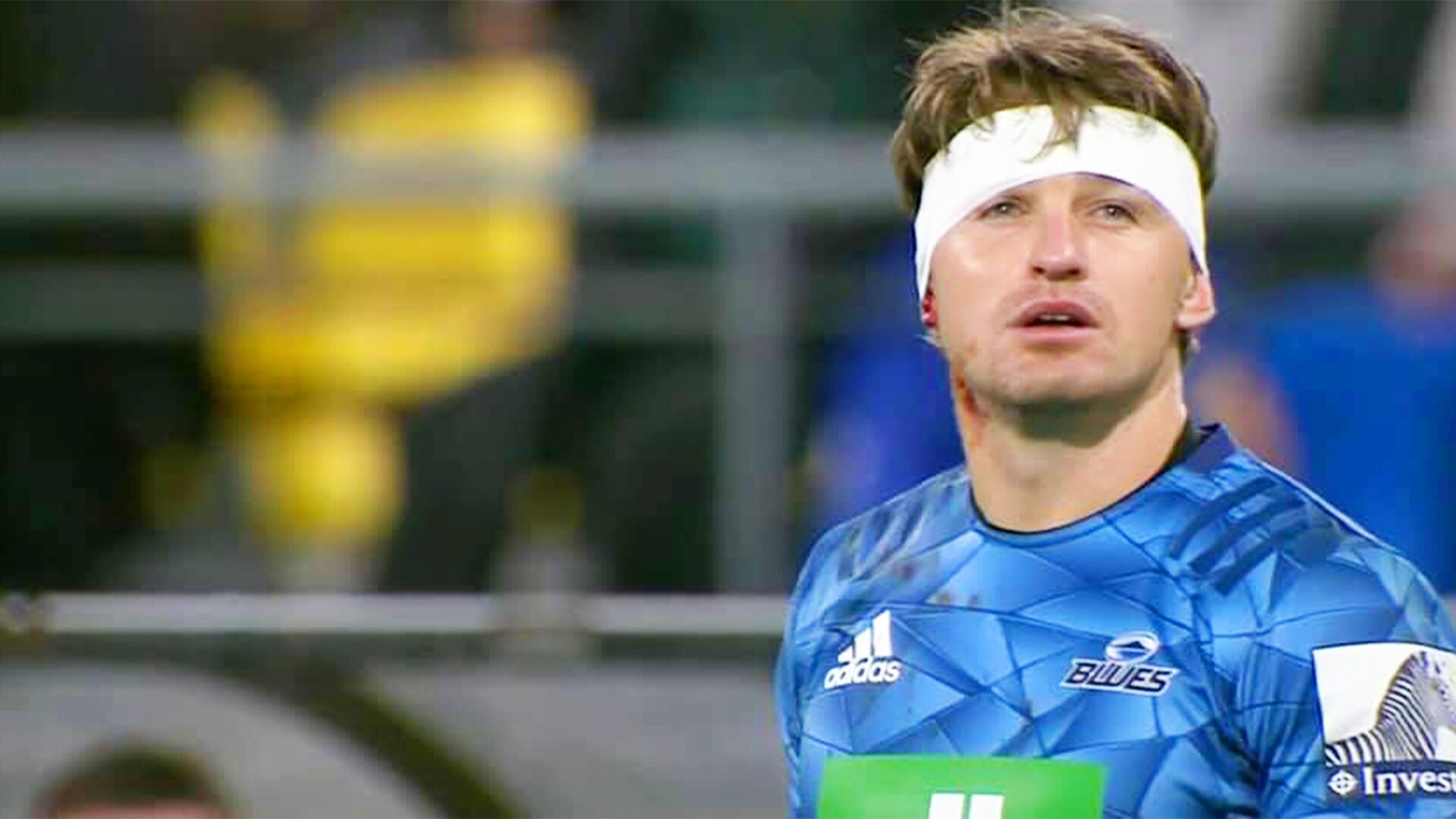 There were sad scenes for Beauden Barrett tonight as the Hurricanes hosted the Blues in Wellington.

Beauden Barrett returned to face his former side in a highly anticipated clash in New Zealand.

People weren’t sure of the reception that the All Black star would get – but no one was prepared for this.

From the moment Beauden Barrett left the tunnel he was greeted by jeers in the ‘Cake Tin’.

The New Zealand full-back had a mixed day at the office after a terrible start to the game.

Fellow All Black Ngani Laumape outpaced Barrett on the way to scoring a sensational opening try for the Canes before the Blues fifteen hit back with a well taken try of his own.

Watch the video below to hear a chorus of booing after Barrett’s score.

The Hurricanes fans continued to boo their former hero throughout the match as the two sides traded scores in a free flowing game of attacking rugby.

When Barrett showed up on the cameras later on in the match the home fans were quick to react.

Watch the clip below to hear the boos ringing out in Wellington in a hostile ground today.

Ngani Laumape was the star of the night as his side went on to claim a last gasp win that condemned the Blues to their second straight defeat in Super Rugby Aotearoa.

Beauden Barrett was on the receiving end of this sickening hit from the Hurricanes centre early on in the match.

Watch the thunderous bump off below

It was the Auckland stars younger brother, Jordie, who came up with the match-winning moment as he slotted a crucial touchline conversion to hand his side a 29-27 lead that in the end was decisive.