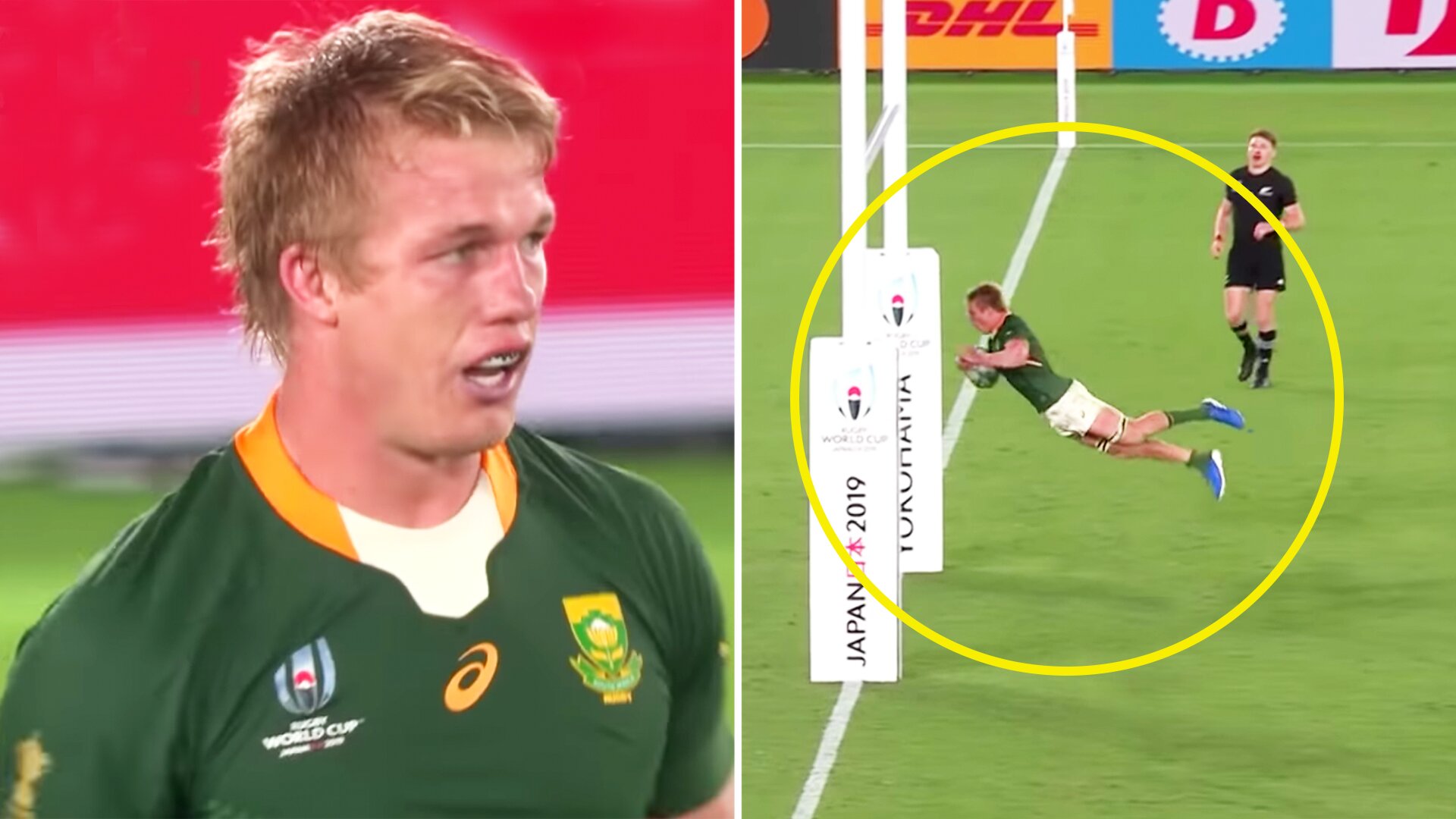 This new video shows why Pieter-Steph du Toit won his World Player of the Year award.

We forgot just how intense this match was

This clip we’ve pulled from the game showcases why du Toit was so instrumental for the Springboks in Japan.

We watch as he makes a vital interception deep in the All Blacks half as his side look to fight their way back into the match.

The play rolls on with Pieter-Steph du Toit taking a carry out wide, we see how even after the initial tackle he crawls forward fighting to win every metre he can.

He then demonstrates his world-class tactical awareness as he moves in to guard the ruck before noticing that no All Blacks defenders were in front of him. In a split second, he scoops up the ball from the fingertips of Faf de Klerk and runs in unopposed to score under the posts.

Watch this extraordinary clip below

After a see-sawing night, the Hurricanes have emerged victors in their third match of the year with the Blues.

The Hurricanes raced out to an early lead through a superb try to Ngani Laumape, who jinked around Beauden Barrett then bashed his way through Otere Black to score.

Moments later, the Blues bounced back – through Barrett – and that was to be the story of the night. For all the shorts that the Hurricanes fired, the Blues had an answer.

Laumape was in tremendous form in Wellington

🔥 Laumape with the step and PACE! What a start from @HurricanesRugby.

The two rivals went into the break 15-all but the home side took the lead early in the second half through a Dane Coles try. The Blues managed to score twice through their forwards, with Barrett converting the first and missing the second, and led until the final minutes of the game. The Hurricanes lineout stepped up with three remaining, however, and the forwards produced a try of their own.

Jordie Barrett’s sideline conversion was enough to nudge the Hurricanes in front and that was to be the final scoring of the game.