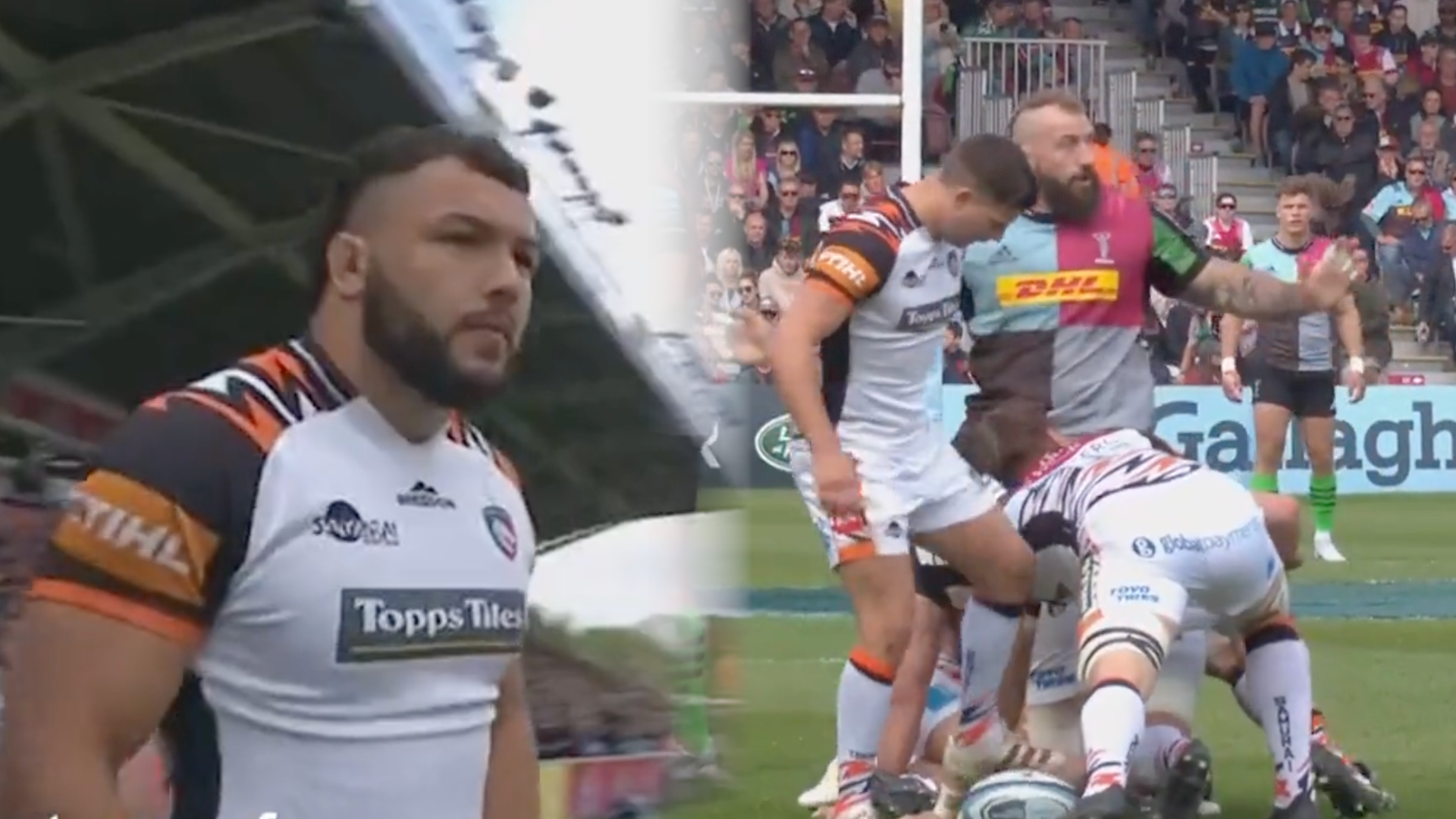 The moment Genge replaced Marler as the Grand Master of gamesmanship

Joe Marler is a player that is known for being a master of the dark arts in rugby and winding the opposition up, and he has notoriously found himself in hot water as a consequence.

Recently, it was his former England front row partner Dan Cole that was the victim of one of his japes, as Marler decided to sit on him at a ruck. However, little did the Harlequin know when that while he was sitting on Cole, his England protege Ellis Genge was actually playing a trick on him.

With Genge lying at the bottom of the ruck while this was all going on, he took advantage of the fact that Marler’s foot was right next to him to untie his laces.

Marler recently recounted the incident on The Joe Marler Show alongside Dan Cole: “I saw this one opportunity before I was leaving the field to straddle my old mate just for old time’s sake. I was really disappointed how quickly I was told off by Sir Wayne Barnes. ‘You can’t climb over the ruck like that, it’s illegal.’ And I’m like ‘that’s not the point I’m trying to make here, I just want to straddle my mate. Let me have my moment with him.”

“I did feel the emotion,” Cole added. “Because what I also enjoyed at that point was, I felt like at that moment I was being fought over. Because I think Genge was at the bottom of the ruck as well, and didn’t he start messing with your shoe laces. So I felt quite special at that point, with two looseheads fighting over me.”

“I couldn’t believe it,” Marler said. “Sometimes you get the odd person on the field, I’ve done it a couple of times, where you just undo their shoe laces at the bottom of the ruck. He didn’t do that, he did not undo my shoe laces. He managed to retie them for me, then triple knot them, that was how long I was straddling you for. And I was looking down thinking this is ridiculous- they’re still knotted.”

Full episode out tomorrow, as are live show tickets💜 pic.twitter.com/7Y9oIlom3t

Harlequins have also shared the moment where the student became the master: