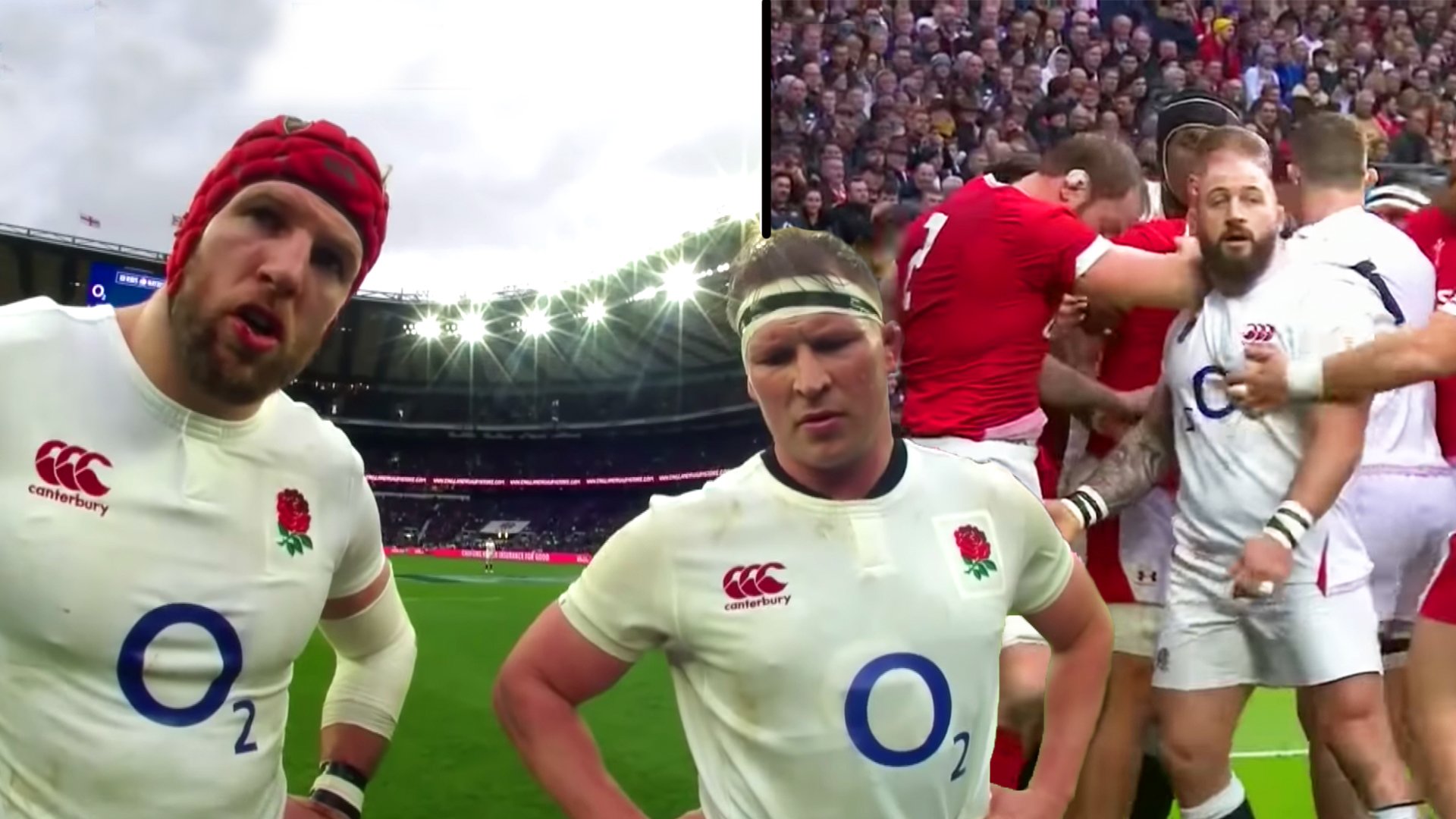 The most bizarre Six Nations moments of all time

The Six Nations is the most entertaining sporting competition in rugby. It’s tribal, competitive and hugely popular which has brought us some incredibly powerful moments down the years. It’s also thrown up one or two bizarre incidents!

We at Rugby Onslaught have put together a list of some of the most bizarre moments in Six Nations history.

This one is relatively fresh in the memories of Wales and England fans alike.

This completely bizarre moment happened back in March at Twickenham. During an in-goal scrap, the Harlequins prop got himself very well acquainted with the nether regions of Wales captain Alun Wyn Jones.

Social media exploded with the immediate response being that of hilarity and amusement – AWJ didn’t see the funny side, however, as he condoned Marler’s actions in a press conference after the match.

What camp are you in? Amused or outraged?

This hilarious Six Nations moment occurred back in 2013 in a crucial match between France and Wales at the Stade de France.

Winger George North goes over in the corner to score a vital and try that eventually went on to help Wales secure a Championship win.

In the aftermath of the score, however, viewers picked up on a man who had broken free from the stands to celebrate with the young Welshman.

It was his father!

This was such a bizarre and brilliant Six Nations moment.

I suppose he saw his chance to share the moment of elation with his son – and he took it!

This was one of the funniest ref cam moments in rugby history never mind the Six Nations.

Back in 2017, Italy came to Twickenham with some tricks up their sleeve. They opted not to commit men to defensive rucks. Therein not creating an offside line that their players needed to stand behind.

This never before seen tactic bamboozled the England side who were struggling to adapt to the Italians gameplan.

It resulted in a hilarious interaction between James Haskell, Dylan Hartley and referee Roman Poite as they ask him to confirm what EXACTLY the rules were surrounding the breakdown.

The World Cup-winning England side of 2003 came to Lansdowne Road with one objective – to win the Grand Slam.

Their hosts and opponents that day, Ireland, were also gunning for the coveted title.

In the leadup to the match, both sides came out as is tradition to line up before the red carpet to greet the Irish President – at that time, Mary McAleese.

Martin Johnson took his England side out onto the wrong side of the carpet. When he was notified of his mistake and asked to move his team over, he refused.

This led to a very awkward and bizarre series of pre-match handshakes.

I suppose it won the mind games though?

This is probably the most controversial moment on this list.

This incident occurred back in a 2011 match between Wales and Ireland at the Millenium Stadium.

With 49 minutes on the clock the ball goes out of play for a throw in to Wales on around the halfway mark.

We see as the players move around the pitch, preparing for a lineout before the camera suddenly jumps to Welsh scrum-half Mike Phillips running in to score from in the corner off a supposed quick throw-in.

What referee Jonathan Kaplin didn’t realise, was that a separate ball had been retrieved by the ball boy and given to Matthew Rees who threw it to his teammate to score against the run of play.

Shocking call from the ref!

Bizarre tunnel standoff between England and Wales in Cardiff

This bizarre Six Nations incident occurred in 2015 at the Millenium Stadium.

What normally happens at these Six Nations matches in Cardiff, is that the visitors head out first and take the field alone – before being followed out by Wales a few minutes later.

England skipper Chris Robshaw decided on this day that that wasn’t going to be the case. As he made his team wait in the tunnel so his side wouldn’t have to wait out in the Millenium Stadium cauldron for long.

This resulted in a bizarre stand-off between the teams outside the dressing rooms as neither wanted to budge.

We hear English full-back Mike Brown say ‘if they’re not out in one minute we’ll come back in’.