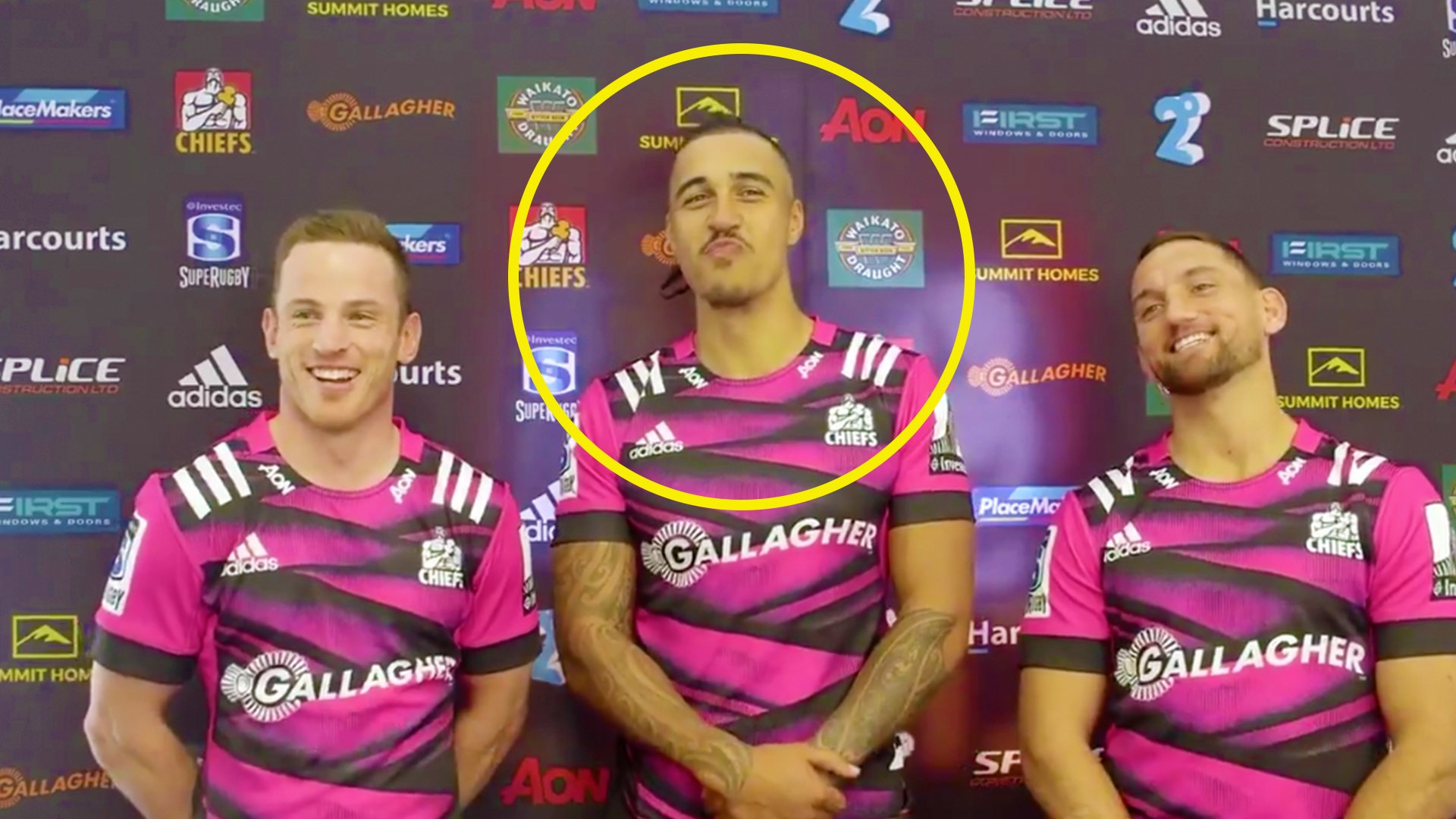 The Waikato Chiefs donned pink jerseys this morning for their opening match of Super Rugby Aotearoa in a pulsating one-point win in Dunedin.

Before the match three of Warren Gatland’s stars addressed the media explaining why exactly they were coming out to play in pink.

What do you all think of the kit for today’s game?

Super Rugby Aotearoa has kicked off with penalty-ridden affair between the Highlanders and the Chiefs.

Four tries were scored in total while both sides nailed a drop goal in the final minutes – but it was the sheer number of penalties that had tongues wagging through the game.

All in all, referee Paul Williams whistled up 30 penalties – 17 against the Highlanders and 13 against the Chiefs, primarily due to the decreased leniency that officials have been asked to show in the new competition.

The new law interpretations have been issued in order to increase the pace of matches but the changes had the opposite effect, with either side only once managing to put together more than 10 phases in a row.

The Highlanders eventually emerged victorious – courtesy of a drop goal to Bryn Gatland, son of Chiefs coach Warren Gatland, which added a bit of excitement to the final minutes, but it will be the excessive penalty count that will keep fans talking for the next few weeks.

Sunday’s match will see the Hurricanes travel to Auckland to take on the Blues, with tickets for all of Eden Park’s 43,000 seats all sold out.

Fans will be hoping that the match flows a bit more smoothly than Saturday’s game.