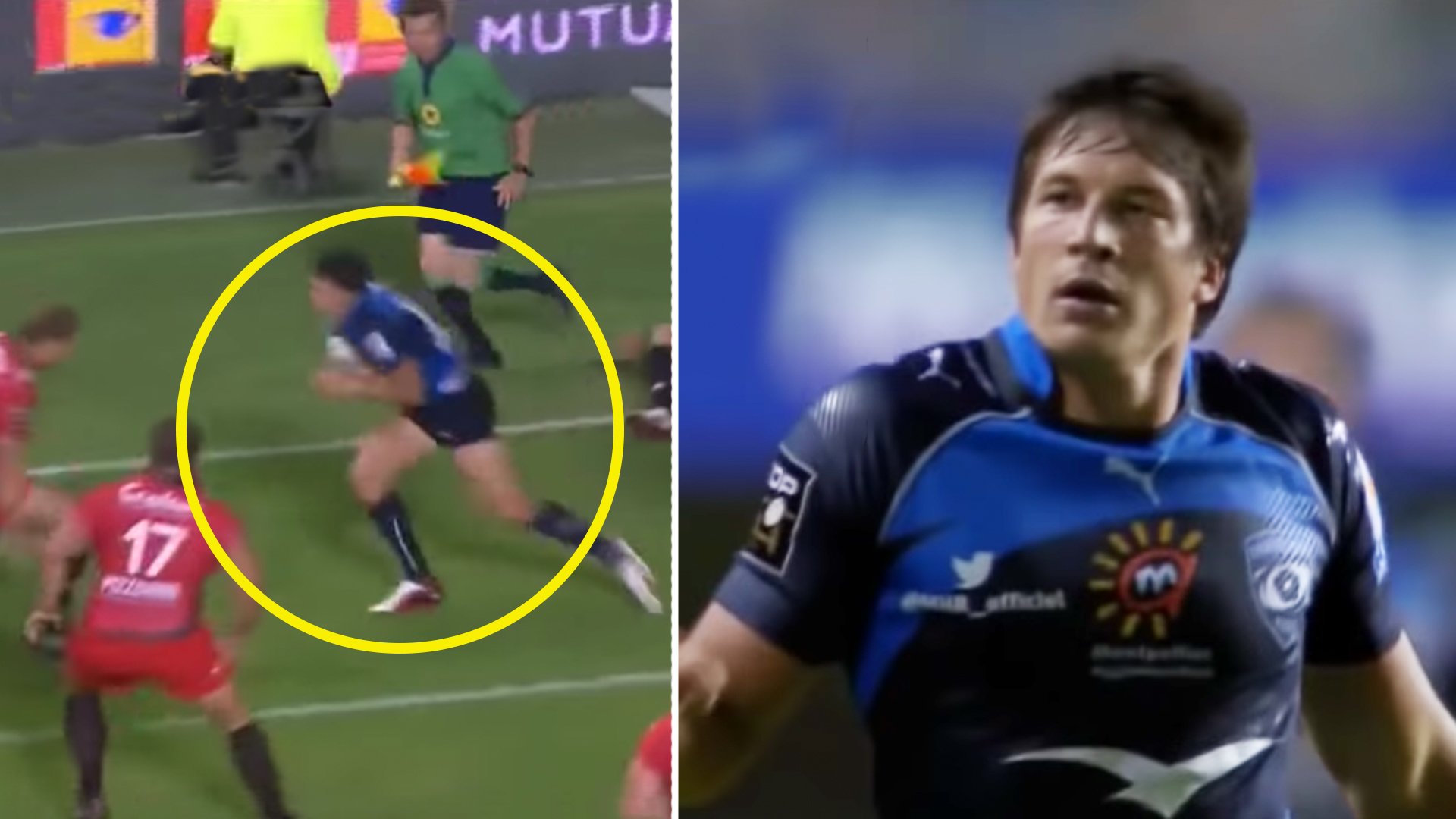 The only man to violate Jonny Wilkinson in defence

Jonny Wilkinson is renowned as one of the greatest tackling fly-halves of all time.

A man any coach would want in their defence.

The Englishman made a name for himself with huge hits down the years, one of his most iconic tackles being on Émile Ntamack (father of French fly-half Romaine) back in 2000.

It was tackles like that that earned the number ten the reputation as the best defensive half-back in World Rugby.

It’s hard to go through the archives and find any footage of the English legend being beaten in a collision.

This was the only incident we could find – and boy was it a big hit.

You’d expect the player who finally put Jonny on his backside would be a strapping 20 stone + lock or loose forward but no – it was none other than French fly-half François Trinh Duc.

This episode occurred during the 2013-2014 where Trinh Duc’s Montpellier were hosting the reigning European Champions Toulon in the Top 14.

The hosts held a ten-point lead over their rivals in what had been a fierce encounter.

French centre Maxime Mermoz of Toulon takes the ball from the base of the ruck and kicks ahead for his teammates to chase, including Jonny Wilkinson.

Fly-half Trinh Duc clears up the loose ball and is one on one with the onrushing Wilkinson who is looking to line up the nimble Frenchman.

Trinh Duc leaps up as if to step around the Englishman before dropping the shoulder square into his chest knocking the hapless World Champion clean on his back.

Jonny Wilkinson had great success throughout his time in France winning back to back European titles as well as a Top 14 medal but this moment will not be one that he looks back on fondly.