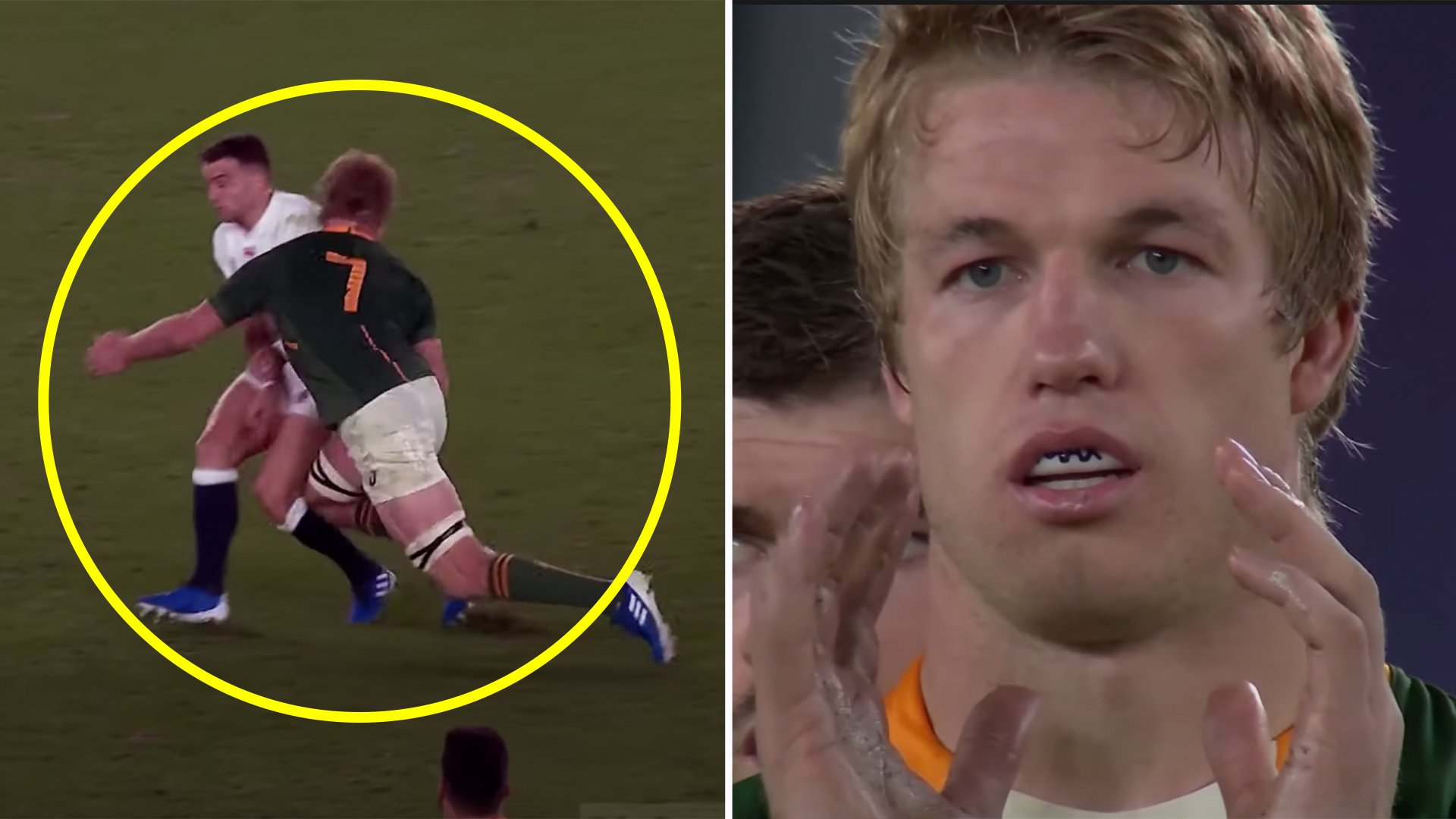 A new video has dropped revealing just how much Rugby World player of the year Pieter-Steph du Toit terrorised England during the World Cup final.

Many rugby fans put their sole thanks on the Springbok flanker for managing to single-handedly defuse England’s explosive back row on that day with his performances.

A video has dropped online showing every influential part that the 27-year-old played in that match. When you see it all in one video you really realise how much of an effect that he had on the game.

Here is the video showing just how brutal the Springbok was on that day!

World Rugby player of the year Pieter-Steph du Toit has taken to the farm during the current global issues to aid his recovery from the career-threatening leg injury suffered on Super Rugby duty with the Stormers. The 27-year-old back-row, whose sumptuous form was at the heart of the Springboks World Cup final triumph in Yokohama in November, has undergone three operations to repair the damage to a leg that could have been amputated, according to Stormers’ team doctor Jason Suter.

Here are the some interesting facts about the player!

At RWC 2019, started against New Zealand, Italy, Japan and Wales. Unused against Canada. Not in the match-day 23 against Namibia.

Scored South Africa’s only try in their opener against New Zealand at RWC 2019.

At RWC 2015, started at flanker in the defeat against Japan. Came off the bench to play in the second-row in victories against Scotland, USA and Wales.

Initially named on the bench for South Africa’s RWC 2015 opener against Japan, but promoted to the starting line-up after Willem Alberts went down injured.

Came off the bench to play the final six minutes of the 34-16 win over Scotland, 18 minutes in the 64-0 win over USA and 13 minutes in the 23-19 victory against Wales. Pieter-Steph du Toit was savage!

Played most of his test matches in the second-row between 2013 and 2017, but has mostly played the flanker position since.

Grandson of Piet du Toit, former international for the Springboks, a player who was nicknamed ‘Spiere’ (Muscles) for his strength.