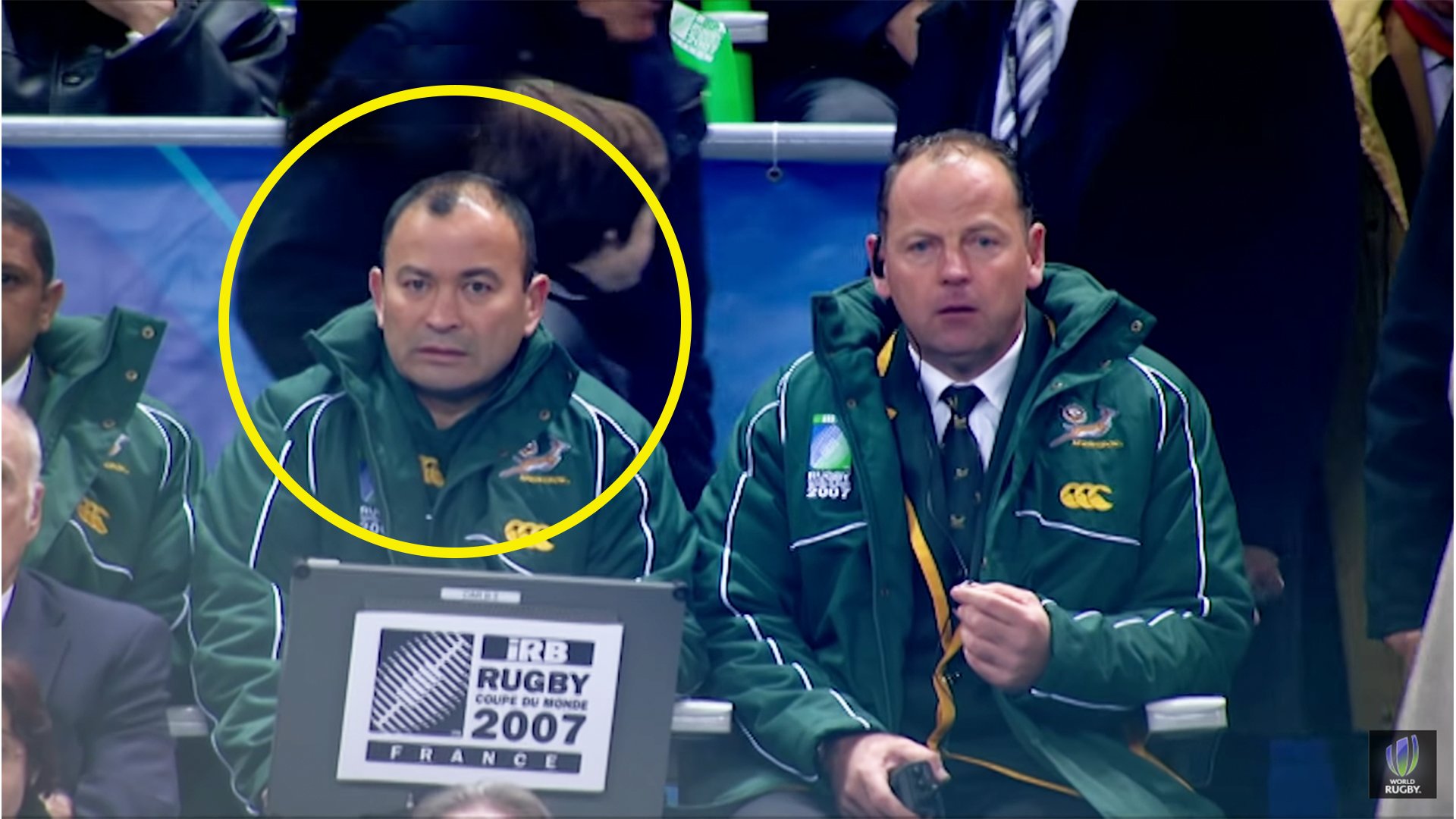 In the 2007 Webb Ellis cup final the reigning champions England faced a legendary South Africa team made up of players who are now regarded throughout the world as legends.

This group of esteemed Saffas were known for their cool heads under pressure that helped them to eventual World Cup glory.

But there was one moment that stunned even this side – leaving their illustrious coaches Jake White and Eddie Jones gobsmacked as they watched on from the stands.

The moment came at the start of the second half only a minute or so before THAT Mark Cueto disallowed try.

In this World Rugby video Springbok captain John Smit is giving his live commentary as he looks back on the final in Paris from thirteen years ago.

This moment in the 40th minute truly stunned him as he was literally headfirst in a ruck at the time missing the whole incident.

Despite the momentary shock from both sides from its completely unexpected and bizarre event the sides both got going again despite the shocking scene going on around them.

The English, however, broke through the South African line only a minute later to score only to be cruelly let down by the TMO decision.

Maybe the Springboks were still stunned from what had just happened after the half time whistle?

South Africa went on to win this attritional match and this video gives a real insight into the side’s tactics during that game.

John Smit talks about his side aiming for ‘their eight-point buffer’ in the game where they could really push on to press on with their lead from a position of strength in the match.

He talks about the famous 2007 Word Cup song that rung out around the Stade de France as the teams walked out of the tunnel and how him and his teammates remember that as a constant reminder of their victorious campaign.

As you can see from this video – it really is spine-tingling.