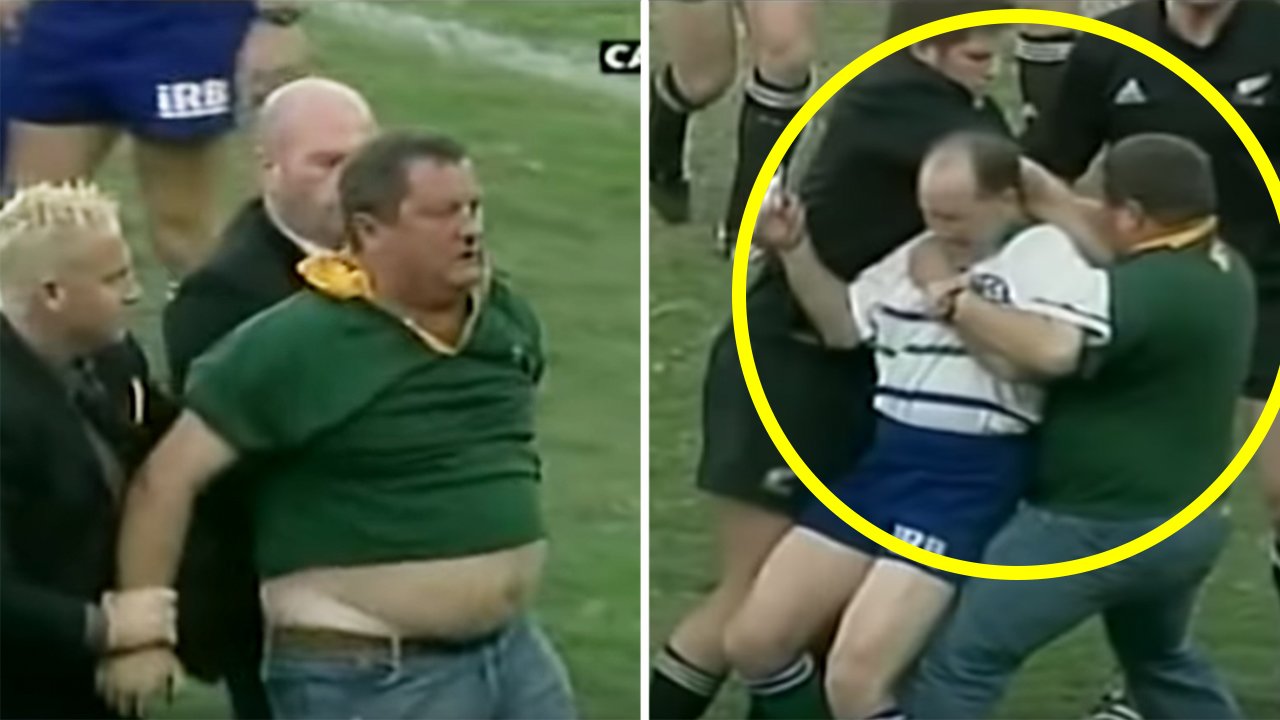 This was quite an ugly scene from the Tri-Nations in 2002. Because it’s Thursday, we thought we would give this throwback to the moment a player was attacked in this clash between New Zealand and South Africa.

The incident took place in 2002. Irish referee David McHugh was forced to retire with a dislocated shoulder when 43-year-old spectator Pieter van Zyl tackled him to the ground a few minutes into the second half of the match.

All Black star Christian Cullen played in this match, one of the best ever?

McHugh was refereeing a Tri Nations match between South Africa and New Zealand at the ABSA Stadium. McHugh had awarded New Zealand a penalty try, after a high tackle on Tana Umaga, and denied South Africa’s Breyton Paulse a try after an interference call against James Dalton.

These incidents allegedly incited Pieter Van Zyl, a South African supporter, to invade the pitch and tackle and assault McHugh. Van Zyl evaded over four hundred security officials to launch the assault as New Zealand’s Justin Marshall was preparing to put the ball into a scrum.

The referee had to retire after this incident… New Zealand’s Richie McCaw punched Van Zyl and, together with South Africa’s AJ Venter, wrestled the assailant off McHugh. Van Zyl was then escorted off the pitch by two security officials.

The assault left McHugh with a dislocated shoulder and he had to be replaced as the match referee by Chris White.

The incident itself was quite unbelievable to see at the time, but it makes for even worse viewing, when you knew this was an attack that ended this referee’s career.

It was a real shame to see this but it is definitely worth sharing with you today because it is such a crazy video.

Here is the moment that the fan attacked the referee in the match, it truly is a sickening thing to see!