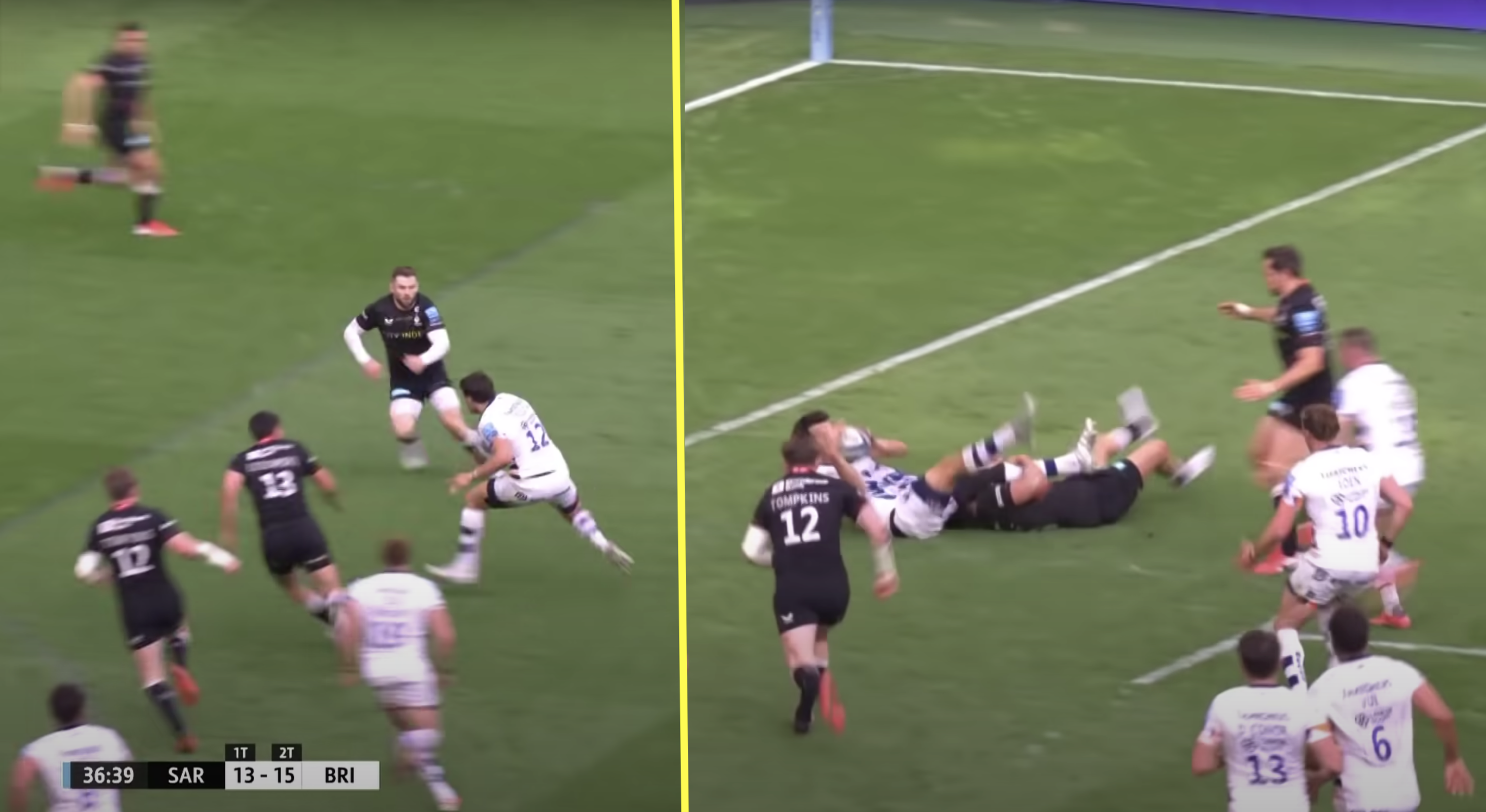 Munster announced the signing yesterday of another centre ahead of next season, confirming Bristol Bears’ Antoine Frisch’s move to Thomond Park.

With the incoming arrival of Wasps’ former All Blacks centre Malakai Fekitoa as well, this will be an area of real strength for the province next season. The added bonus is that the French born 25-year-old qualifies for Ireland through his maternal grandmother.

Frisch may well have caught the eye of many Gallagher Premiership fans last month with a captivating performance against Saracens at the Tottenham Hotspur Stadium, where he had a hand in every try his side scored in a losing effort. He scored the first try of the match, showing his strength from close range, and assisted Piers O’Conor’s try soon after. However, it was his assist for Tiff Eden’s try that was the most impressive. His step to beat Saracens’ Elliot Daly was world class, and the offload from the deck was just as good. That was a five cap British & Irish Lion that he left for dead, which is no mean feat.

Frisch is set to start tomorrow for the Bears against Gloucester at Ashton Gate, where his side will hope to have a strong end to what has been a disappointing season for them.

After his departure was announced yesterday, Bristol director of rugby Pat Lam said: “When Antoine joined us from the Pro D2, it’s fair to say he had a lot of room to learn and develop his game. He’s worked hard and has shown real promise in his performances particularly in the second half of the season.

“Because he is Irish qualified, that’s attracted the interest of the Irish Rugby Union and we are pleased he’s been offered a good opportunity with Munster to chase his International dream.

“We thank Antoine for his contribution to the club and wish him the very best for the next chapter in Ireland.”