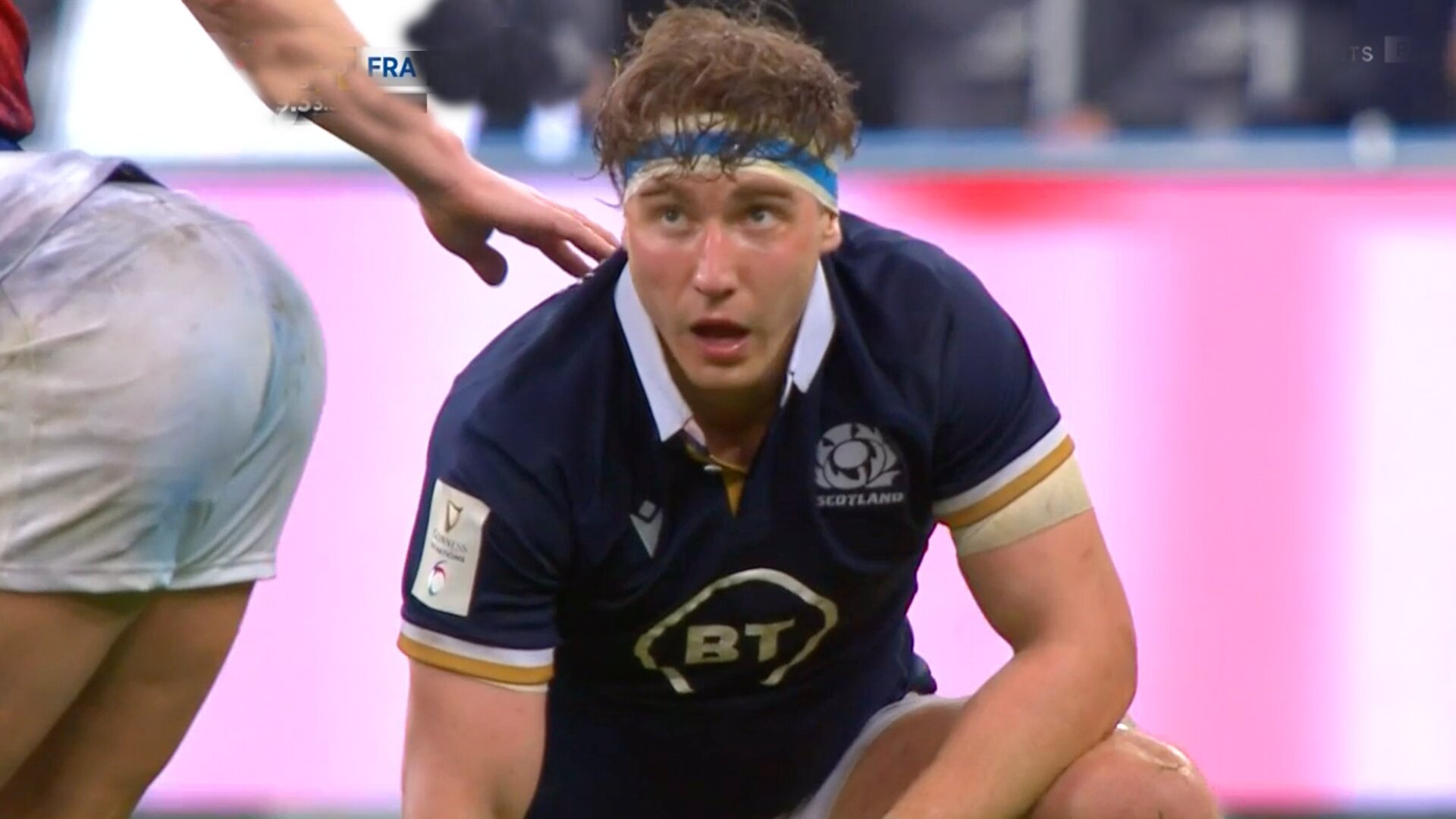 Rugby Onslaught is officially endorsing Scotland Lion Jamie Ritchie for the British & Irish Lions in their tour of South Africa in the summer.

Footage from the Six Nations match between France and Scotland in the final round of the tournament shows just how dominant the Scottish player was for the men in blue.

Scotland recorded their best-ever finish in the Six Nations thanks to a late win against France in the final game of the competition.

His stats from the game were ridiculous enough…

However, it was the final moment of the match where Jamie Ritchie proved that he was more than ready to start for the British & Irish Lions in the summer against the Springboks.

France was on the attack in the final minute of the game when Scotland were losing.

Ritchie managed to put in an incredible hit on Gael Fickou before, and then he was able to brilliantly turn over the ball.

This single-handedly won the game for Scotland, no doubt about it!

The Lions will undoubtedly need this kind of energy to beat the Springboks in the summer.