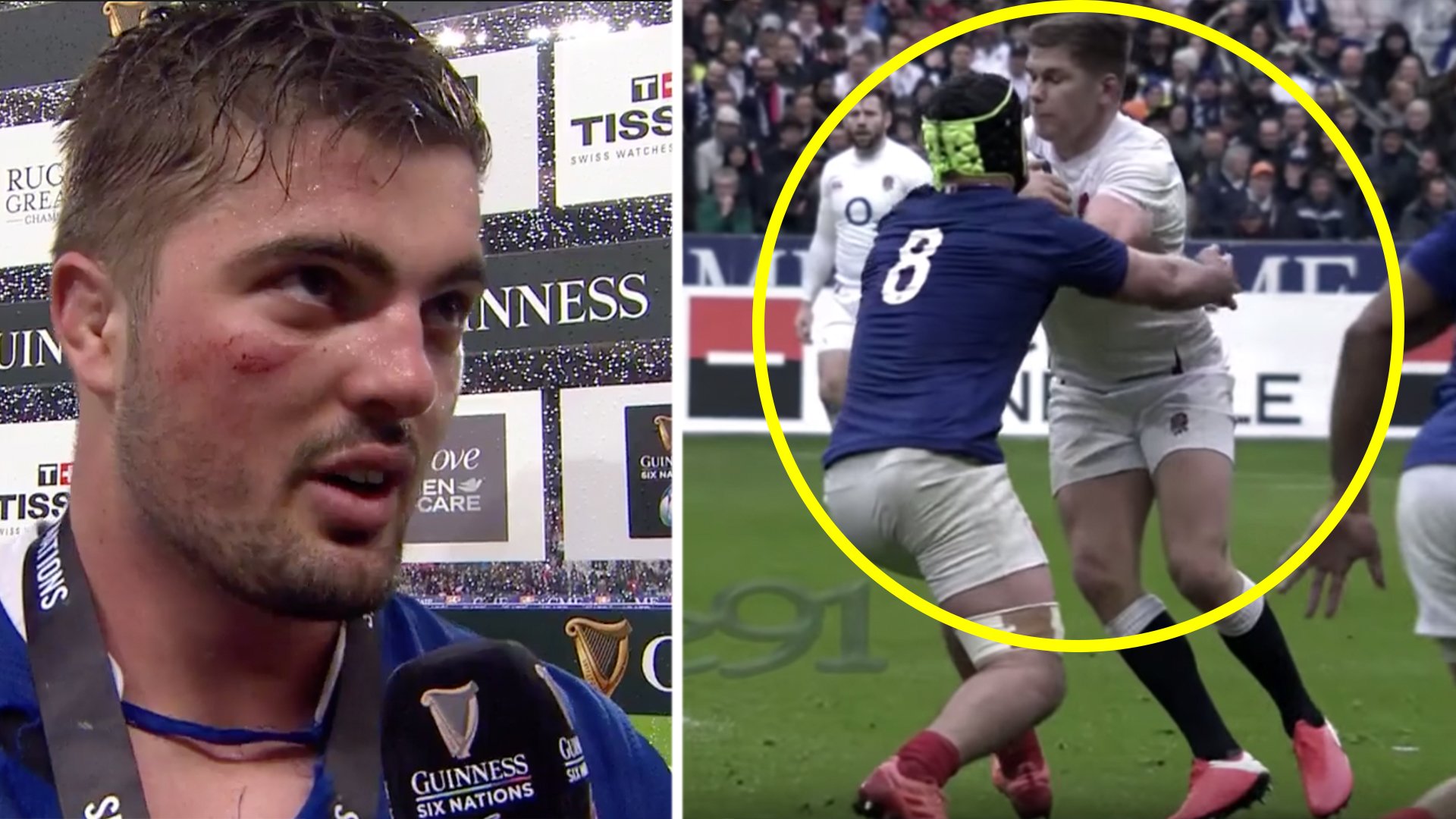 Grégory Alldritt is not a name that everyone in the rugby world will be all too familiar with. They will after the monster performance he put in at the weekend.

A video highlight reel has been made showing just how spectacular the young forward was for France on the weekend.

The 22-year-old La Rochelle back-rower had the game of his life against England in a performance that you would expect to see from a World Class forward.

Among the things he did was put England captain Owen Farrell on the floor rather unceremoniously on several occasions.

All the hype in the game was around England’s Tom Curry at Number 8, but this man completely stole the limelight.

This was a serious man of the match display

What a monster performance!

Jones’ words caused controversy in French rugby circles because of the connotation of violence and they duly backfired as Les Bleus claimed a 24-17 victory having raced into a 24-0 lead built on their own ferocious onslaught.

England were battered in the collisions and Alldritt revealed Jones’ posturing was used as motivation.

“Eddie was saying that we couldn’t manage the brutality of the England team,” the man of the match said.

“But when you are a winner, a competitor, you just want to show him that you can manage that.

“Of course we read it. We were clearly going to put some fighting spirit out there.”

Alldritt paid tribute to Shaun Edwards, France’s new defence coach whose stamp was all over the home performance.

“Shaun is a tough guy and he always wants aggression from you, in every bit of work and in every tackle,” Edwards said.

“He wants big tackles. And speed in the tackle. He is bringing a lot of experience to us at international level and a lot of competence too.”