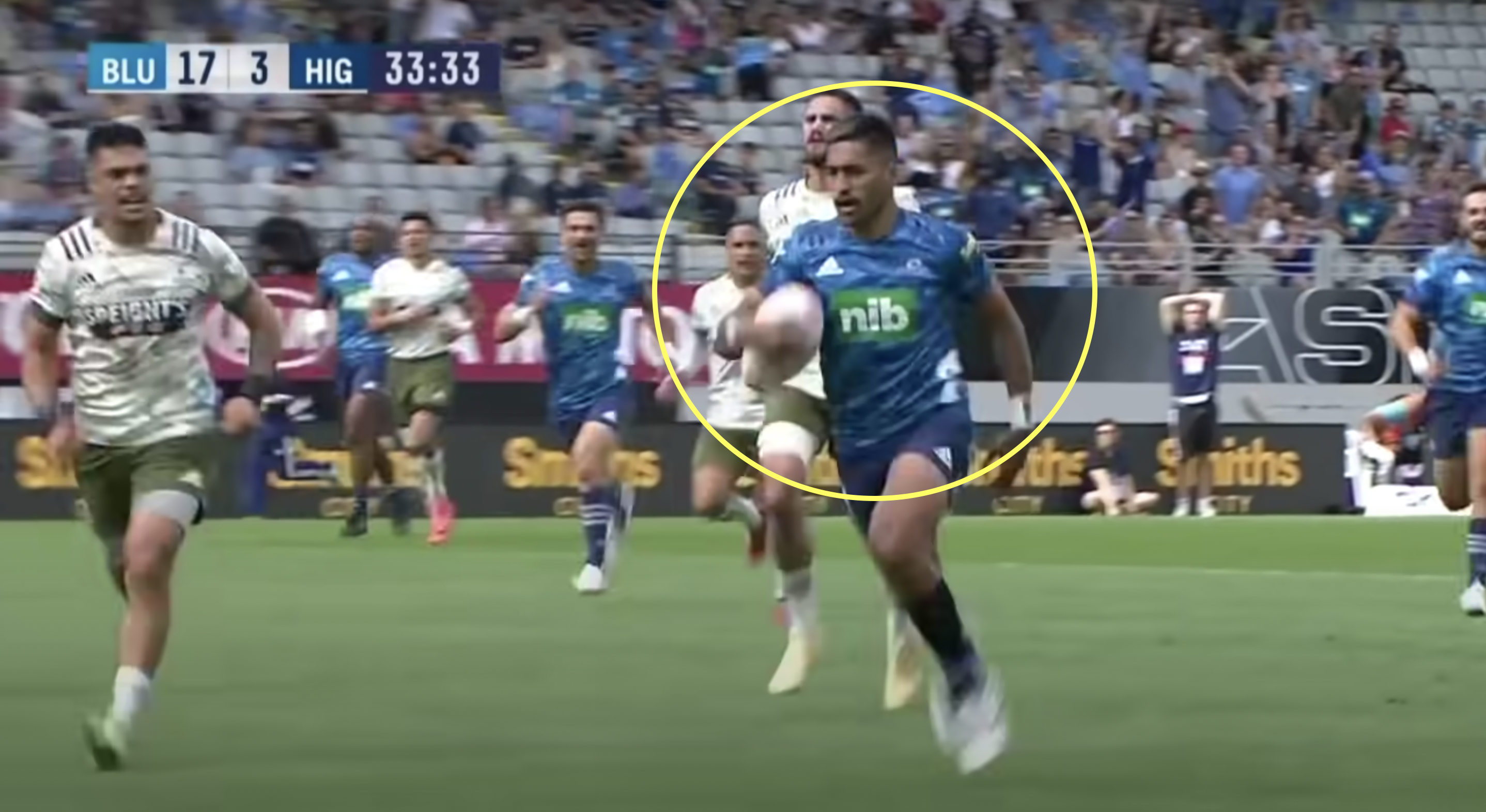 One of the greatest injustices of 2021 came early in the year as the Blues faced the Highlanders in Super Rugby Aotearoa.

The try saw All Blacks brothers Akira and Rieko Ioane team up for one of the most high octane length of the field tries of the year, which started just metres away from the Blues’ line. Off the back of a turnover, loose forward Akira found himself with ball in hand on the wing in his 22 and powered his way to the half way line, showing dazzling power and pace to shrug off and beat any tacklers.

Just when it looked as though he had run out of options with defenders swarming him, he slung a pass 20 metres in field and full tilt, which his brother Rieko ran onto seemingly from nowhere before stepping and winning a footrace to the line. It was undoubtedly one of the tries of the year, but alas it was chalked off for being a forward pass.

It is unsurprising the try made Andrew Forde’s collection of rugby’s greatest disallowed tries on YouTube recently. In his third instalment of disallowed tries following the events of 2021, this effort by the Ioanes may be the most controversial, as seen by video’s comments.

Fans inveighed against the decision by the officials to judge Akira’s pass as forward, and it is unlikely anything has happened since then to change their mind. Akira is running at full speed so the ball is inevitably going to have a long of momentum when a long pass is thrown. So while the ball did travel forward, it was clearly aimed backwards initially and even travelled backwards at first, but that was not the way it was ruled and the rugby world was robbed of a sublime try.

Take a look and judge for yourself: