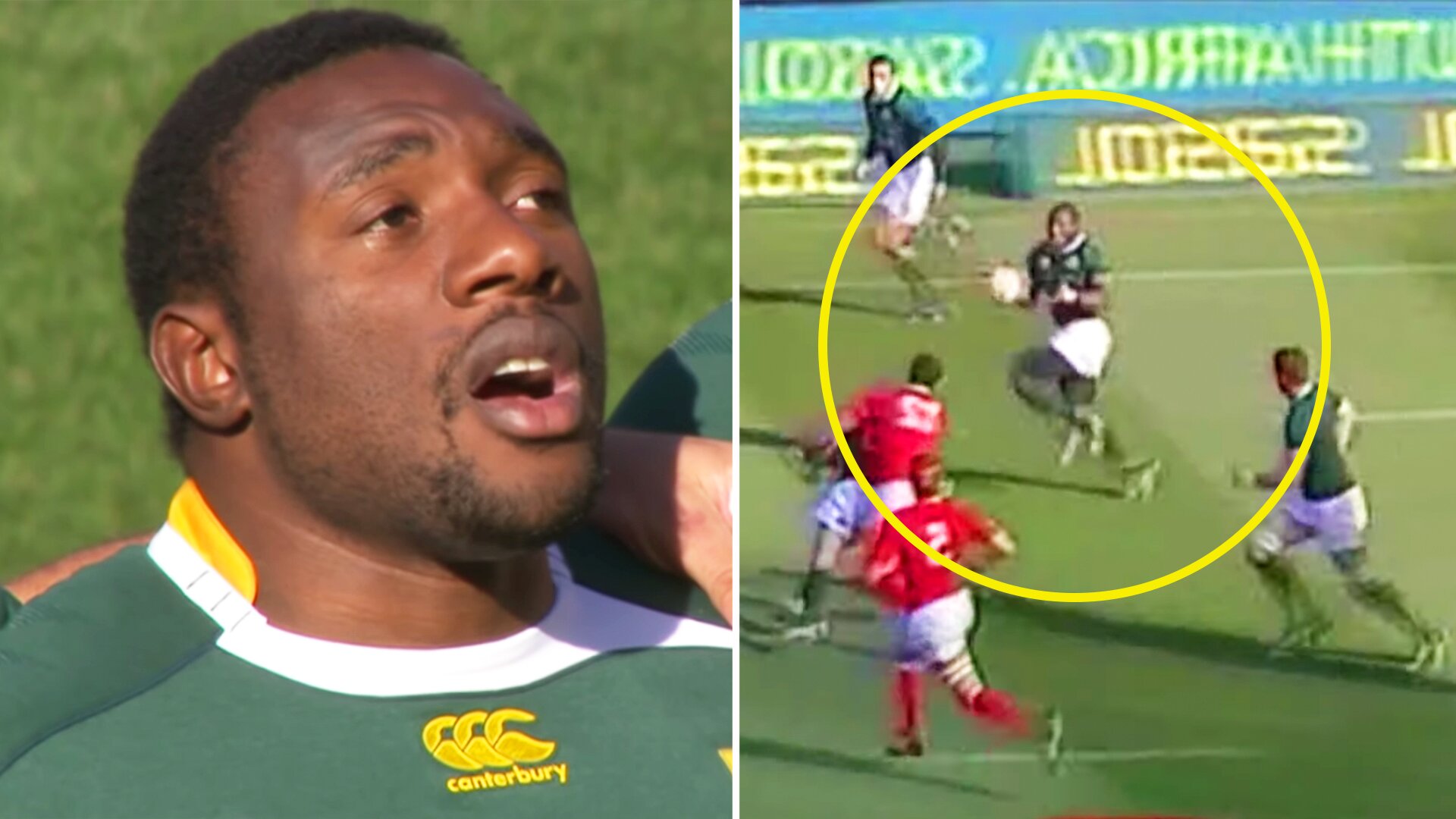 His exploits in the 2019 World Cup final against England solidified his status in South African rugby folklore as one of the greatest props to have ever worn the green and gold jersey.

This video from youtube channel ‘RugbyDebuts’ shows us the day ‘the beast’ was first introduced to international test rugby and it’s brilliant.

The footage comes from back in 2008 as South Africa hosted Wales in a summer tour test match at Loftus Pretoria.

We hear in the pre-match commentary as the pundits talk up Mtawarira as a hugely exciting prospect – he’d already garnered swathes of media attention for his incredible strength with the press already dubbing him ‘beast’.

There was a lot of pressure on the 22-year-old prop to deliver on the biggest stage of all.

Watch this remarkable video below

The Jaguares have confirmed that captain Jerónimo de la Fuente is headed to France, having signed a deal to play for Perpignan, who finished second in this season’s ProD2. He will leave once his current contract with the Argentinian Rugby Union expires.

“The first thing I want to say is that I am eternally grateful for everything I have experienced in these last 10 years,” de la Fuente told the club website.

“I want to thank the Argentine Rugby Union for this decade spent in the system and where I was able to develop my career as a professional. Without a doubt, full of learning, with indelible experiences and where I was also able to grow as a person ”.

“I don’t want to forget my origins: my family, my wife Juli, my club … the fundamental pillars of my life. I will also miss very much the sense of belonging and everything that is generated around the Jaguares phenomenon, a second home for me. The partners and fans that are always there, my colleagues, the staff and the people who work tirelessly for the team. I am eager to know what competition you will be in. Jaguars will continue to be here and I want to leave that message of encouragement for the boys who are going to stay. ”

“Finally, to say that today my head and my heart are set on the most important thing we have as Argentine players, which are Los Pumas. We continue to prepare ourselves with the tools that are available to us today and we hope to meet again on a court to represent these colors that we love so much.”