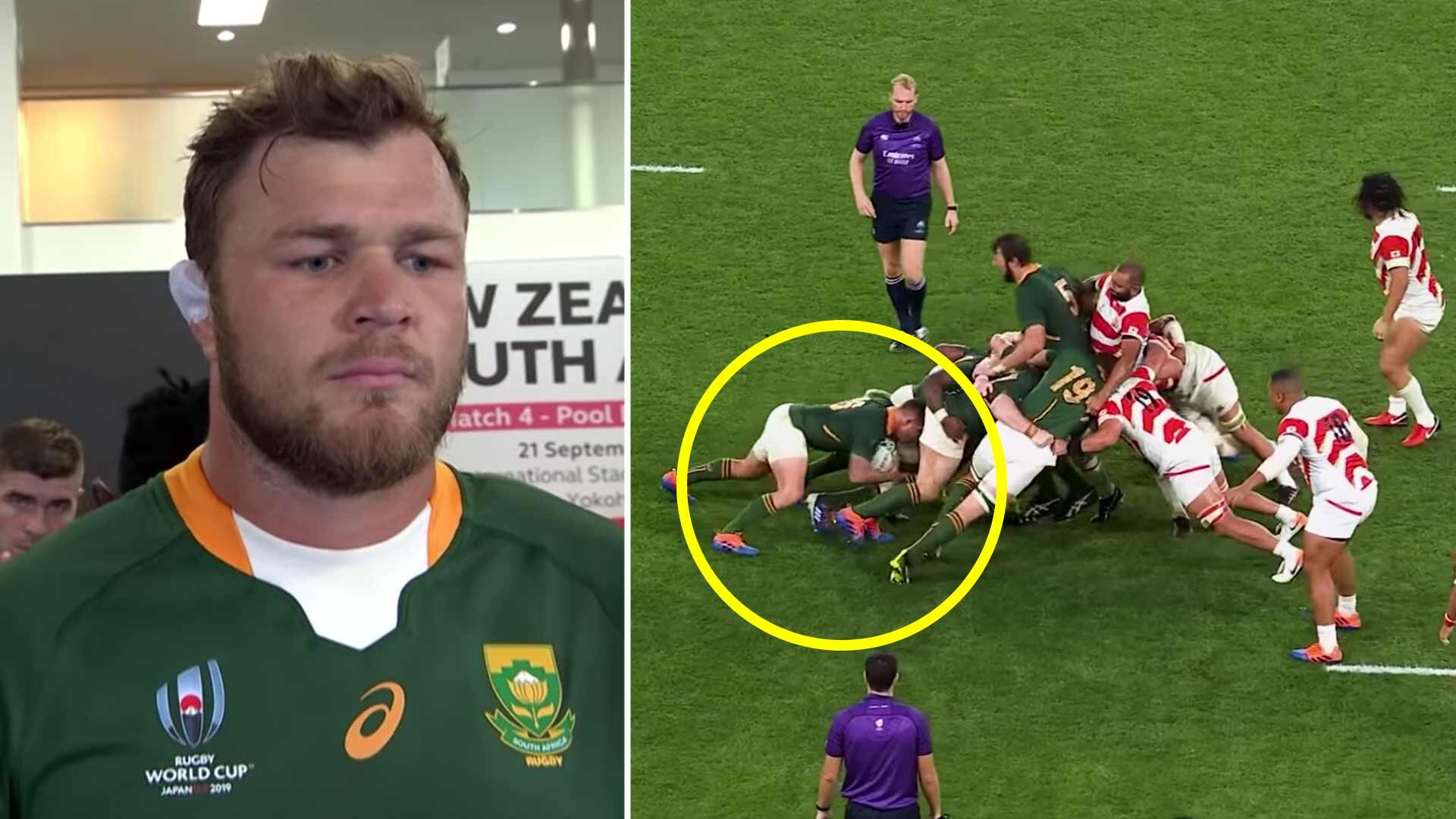 South Africa have not played a game of rugby since the World Cup final against England in 2019. The team have almost reached a year without a game.

However, fans are still raving about what the Springboks managed to achieve in Japan 11 months ago.

World Rugby today released a video displaying the reason why the men in green are set to be just as dominant in rugby for the next few years.

The video they released was called The Springboks | Maul Masterclass | Rugby World Cup 2019, and it shows exactly what it says in the title, their maul.

The video made us realise one thing, the dominance of South Africa’s pack and the dominance that they will bring in the game for years to come.

The South African popularly known as ‘Thor’ was key in the men in green’s winning World Cup campaign. He is getting on in years now, however, there surely is two or three more years in him.

His defence is still ridiculous, look at him destroying the Japanese team here.

Number 8’s in rugby are always some of the most experienced in the sport. South Africa are a stronger team with him in the team and they can’t be stopped.

The Springbok enforcer is undoubtedly one of the top 3 locks in the world, only rivalled by the likes of James Ryan and Maro Itoje.

He was injured recently for Toulon with a rib injury, however we are sure that when he is back he will as dominant as ever for the men in green.

Lasted 12 minutes after coming on as a half-time sub#SRRCT #Top14 pic.twitter.com/wKoRGSkrsH

Etzebeth is just hitting his peak at 28, imagine what he can do in the next six years!

These key players combine to give South Africa one of the most dominant rugby packs in the World.

Check out the ridiculous power of the Springbok team.