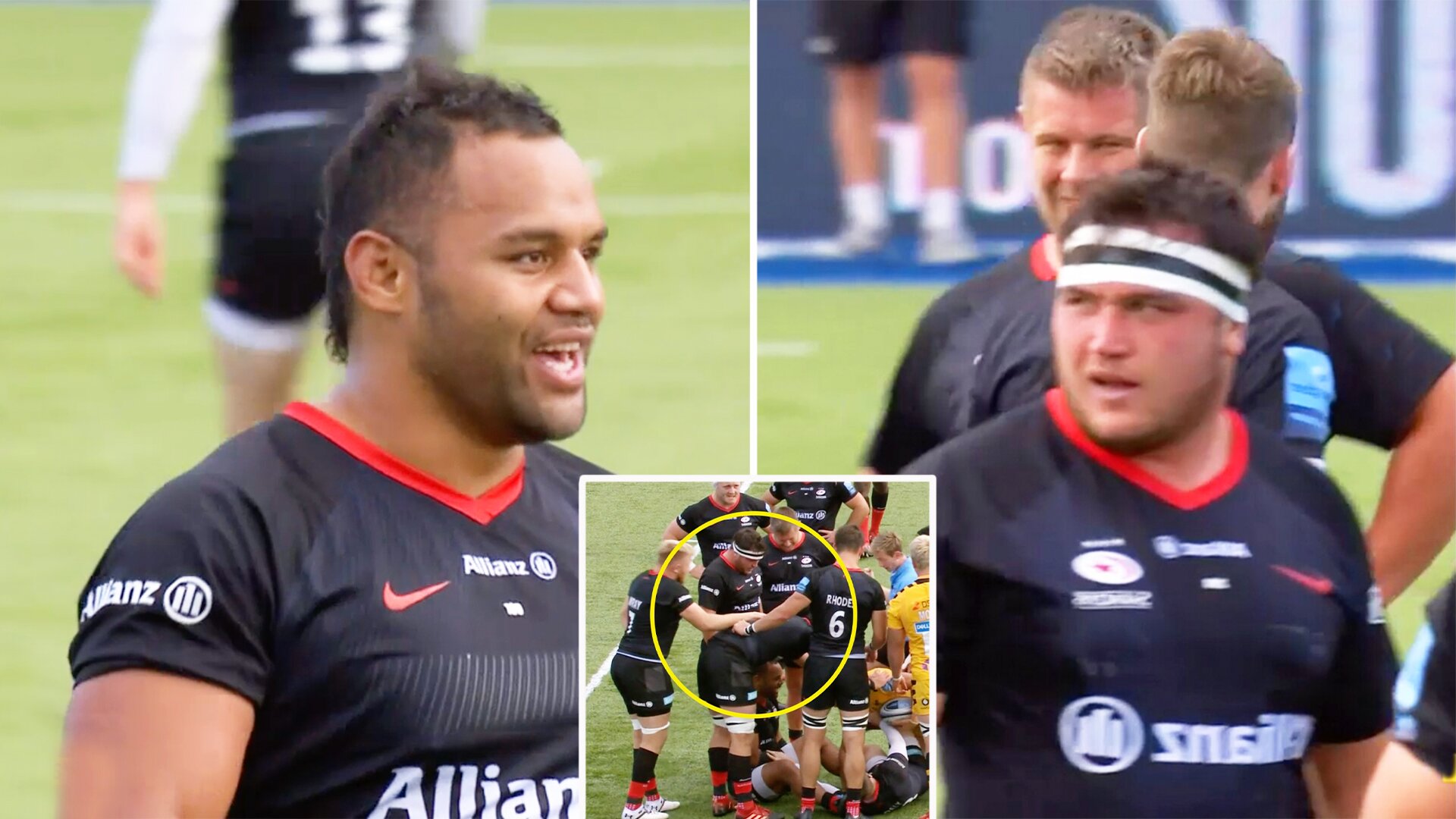 Wasps fans were unhappy this weekend after what they deemed to be ’embarrassing’ and ‘petulant’ behaviour by some of Saracens star names in their win over the reigning champions last weekend.

The huge talking point from the weekend’s game was Owen Farrell’s red card after a dangerous tackle on Charlie Atkinson but according to Wasps fans that was the tip of the iceberg when it came to their opposition’s misdemeanours.

One earlier incident in the game came during a coming together of players after Elliot Daly made a tackle on Wasps winger, Josh Bassett.

Jamie George and Billy V dishing out a verbs tongue lashing in the direction of Josh Bassett pic.twitter.com/FLLQdGeGmz

Wasps fans took to social media recently to voice their dismay at some of the behaviour of the reigning champions this weekend with several fans pointing out some moments of unsporting behaviour.

“They were petulant kids all game. Daly tried bumping into Atkinson & shoving him when there was a knock-on. Think @TheWaspsReport tweeted at the time when Rhodes had Bassett on the floor pushing on his neck. Embarrassing from them and glad the wasps player’s don’t do the same.”  –  @curtisjhunter

“Have to give Ridley a lot of credit for his control of that whole game. He’s one of the least experienced refs we currently have, but I’m sure certain others with many more games under their belts would have let Sarries get away with a lot of their unsporting behaviour.” – @paas61

One symptom of prem rugby behind closed doors is having to listen to the incessant screaming of one of the Saracens ‘hype men’ after any hit in their games. God, they need a season in the Champ to ground themselves 🙄 pic.twitter.com/cCpIQaQNNy

Wasps fans particularly went in on one of their former sons, Elliot Daly, after his performance on the weekend.

“I was sorry to see him leave but there seems to be an arrogance streak now sadly”. – @michaellfox

Fans criticised Daly of being arrogant and stated that he’d embraced the ‘Saracens mantra’ of believing they’re better than anyone else.

Wasps ran out as eventual winners against the 14 man Saracens team with many praising them for emerging as victors despite having what many saw as a weakened side.

What do you think? Are Saracens players being arrogant or are they just being competitive?