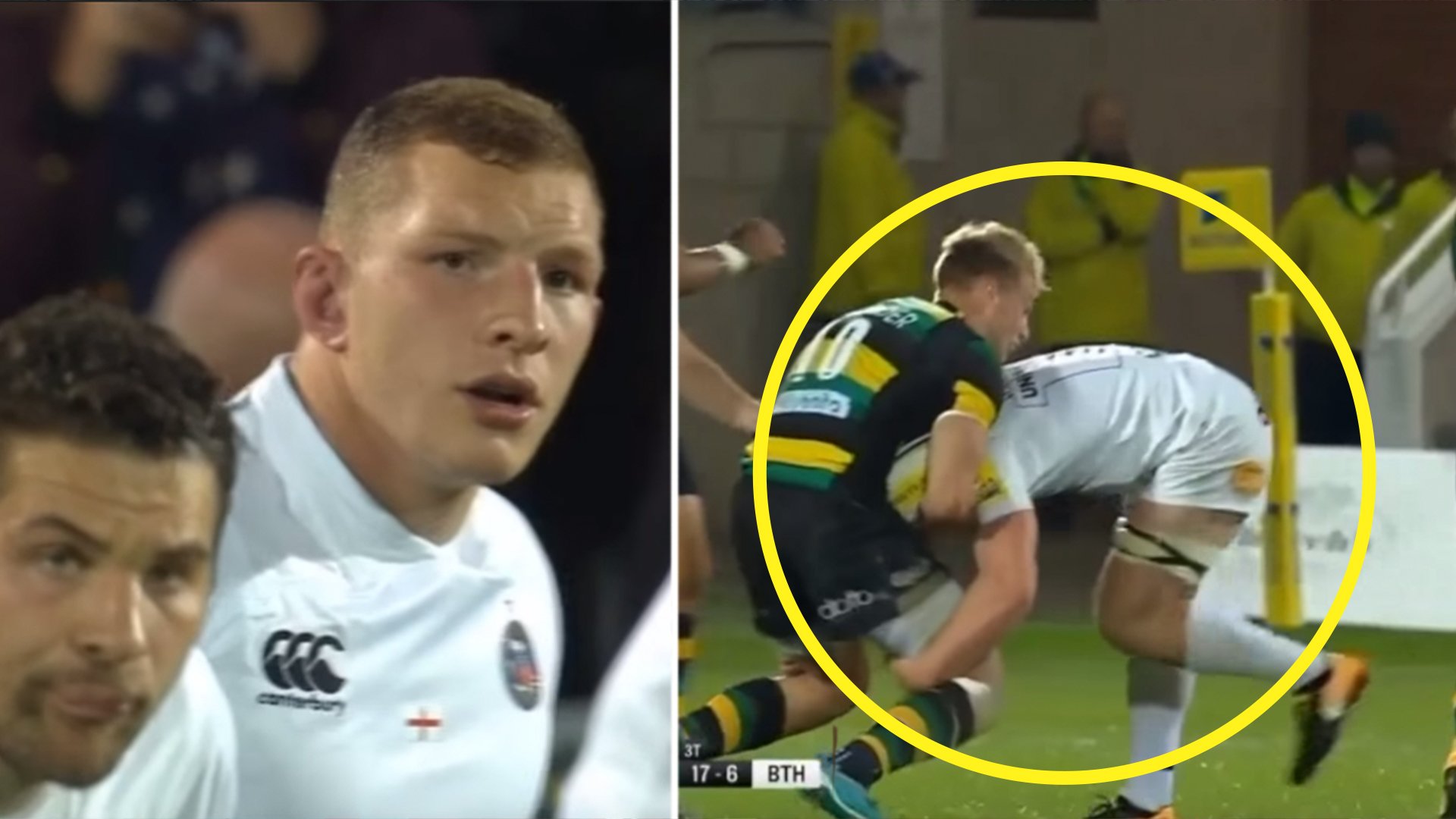 Incredible footage has emerged showing the debut of England flanker Sam Underhill on his club debut. His terrifying tackling put him into the spotlight immediately.

In this video, it’s pure tackling from Sam Underhill as he made his debut back in 2017. Eddie Jones was watching in the stands for this match and we’re sure he was there just to see him.

Started England’s against Tonga and Argentina. Not named in match-day 23 against USA.

Some facts on Sam Underhill

 Made his test debut in a 35-25 victory over Argentina in Santa Fe on 17 June, 2017, before he had made his Premiership debut for Bath.

 Known as a hard tackler and won plaudits for completing 20 tackles on his England test debut.

 Missed much of the 2018 season after tearing a tendon in his toe during the Six Nations training camp.  As a shorter flanker at 186cm, he admits he is more at risk of concussions due to his lower tackle height. In 2017 he suffered two concussions, one coming on his Bath debut against Northampton and the other coming just 16 minutes into England’s 30-6 win over Australia at Twickenham.

 Born in the USA.

 Began studying a politics with economics degree at Cardiff University before switching to the University of Bath. Missed freshers week for the first time in 2017 to attend an England camp. His degree is currently on hold to further his rugby career.

 Has a bet with one of his sisters on whether he will complete his university degree. He has to finish within the next four years, or he loses.

 Could have been eligible to compete for Wales on residency grounds if he had seen out his three year contract with Ospreys (he left for Bath after two years) but said his ambition was always to play for England.

 Until he joined Bath in 2017, was unavailable to represent England at senior level because he spent two seasons playing for Ospreys in the then Pro 12 league.

 Captained England’s U18 team to the FIRA/AER European Championship title in Poland in 2014.