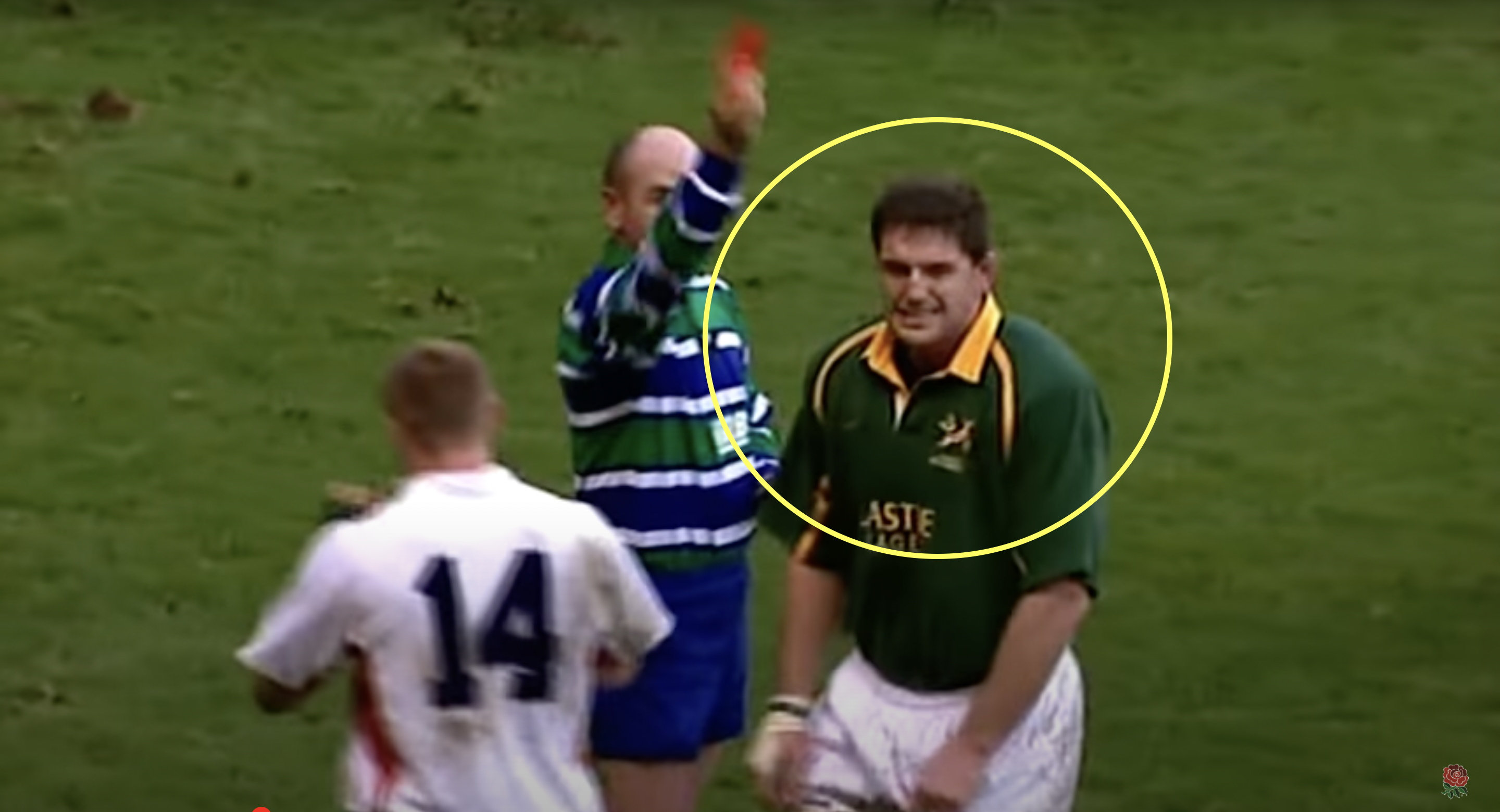 Though the glory days of English rugby in the early years of the 21st century may have passed, many of the records the team set still remain, with one of those being their record win over the Springboks in 2002.

On November 23rd 2002, England dismantled the Springboks 53-3 to complete an autumn whereby they had beaten the All Blacks and the world champions Australia. The win over the Springboks was the icing on the cake, as the visitors came with the intention of doing as much damage to England’s golden boy Jonny Wilkinson as possible.

Springboks lock Jannes Labuschagne targeted the England fly-half early in the game, receiving a red card for a late hit in which it was clear he was always going to smash Wilkinson regardless of whether he had the ball or not (this turned out to be the last time he ever played for South Africa). By 2021’s standards, this would not have been the only red card, as the Springboks would probably have finished the game with about three players in a feisty affair.

Even before the red card, however, England showed that they were taking no prisoners that day with one of the great Twickenham tries scored by Ben Cohen. The floodgates opened after the dismissal though, with tries coming to Will Greenwood, two in fact, Neil Back, Richard Hill, Lawrence Dallaglio and a penalty try.

Take a look at the performance:

Almost a year later to the day England were lifting the Webb Ellis Cup in Australia, having overcome South Africa in the pool stages. That autumn was pivotal to their success and a clear sign that they were the major force in world rugby. This autumn is very much different for both England and South Africa, but Eddie Jones’ side can make a similar statement today.